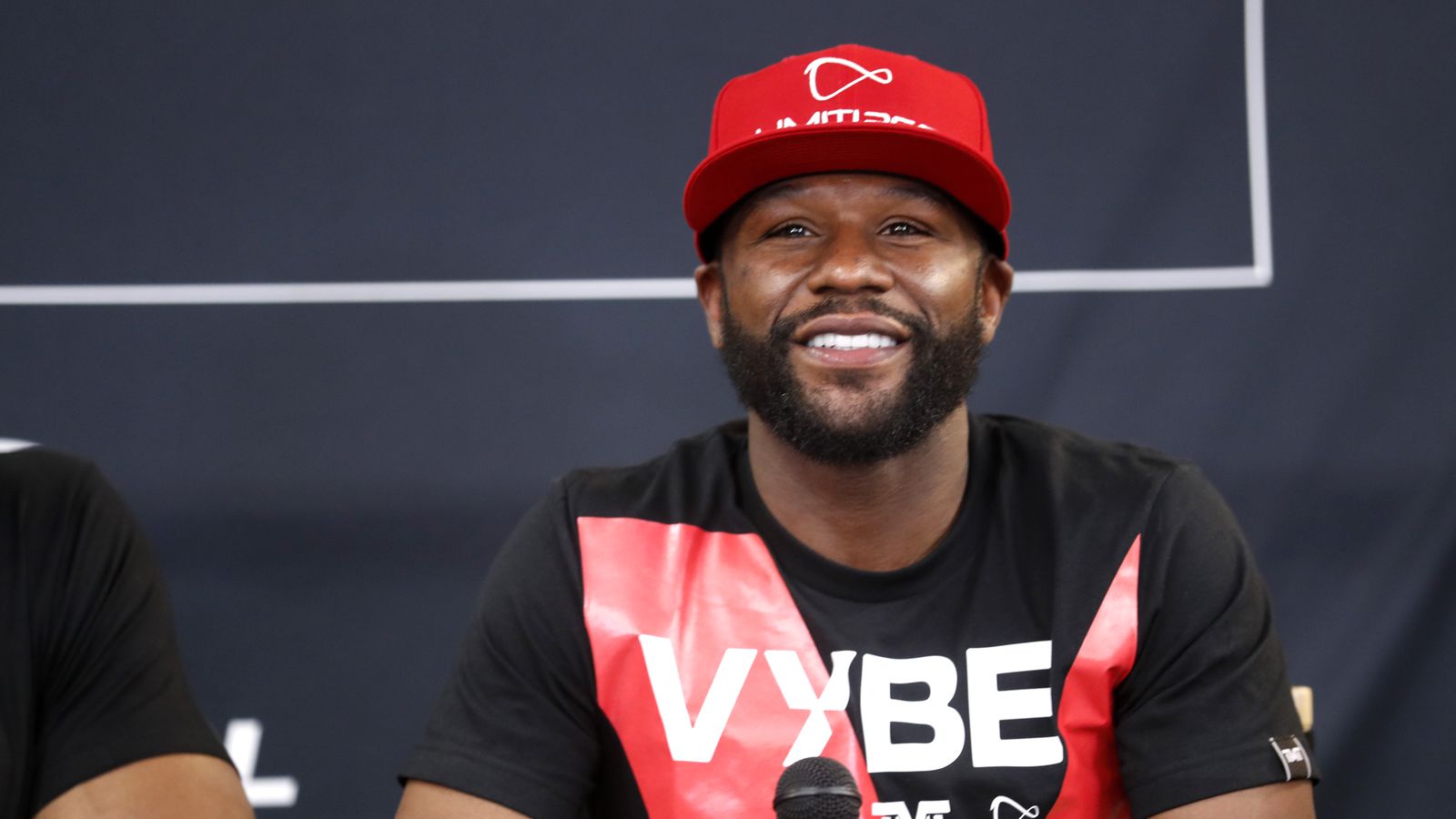 “Different face, different name, same results,” Mayweather wrote on social media. “Tickets will be on sale soon. Stay tuned! London this will be my first time showcasing my talent live on Feb. 25th. I want the whole UK at the O2 Arena.”

Mayweather, who turns 46 one day before his Chalmers fight, was last seen knocking around YouTube personality Deji Olatunji. His upcoming London clash will mark his sixth post-retirement exhibition bout, having previously styled on the likes of Tenshin Nasukawa and Logan Paul, among others.

As for Chalmers, his 15 minutes of lame was a direct result of MTV’s “Geordie Shore” reality show in summer 2014. The 35 year-old “Joker” is 5-2 in MMA but has not competed since losing a unanimous decision to Austin Clem at Bellator 240 roughly three years back.

The Mayweather-Chalmers event is being billed as “Royal Pain” and I could not agree more.