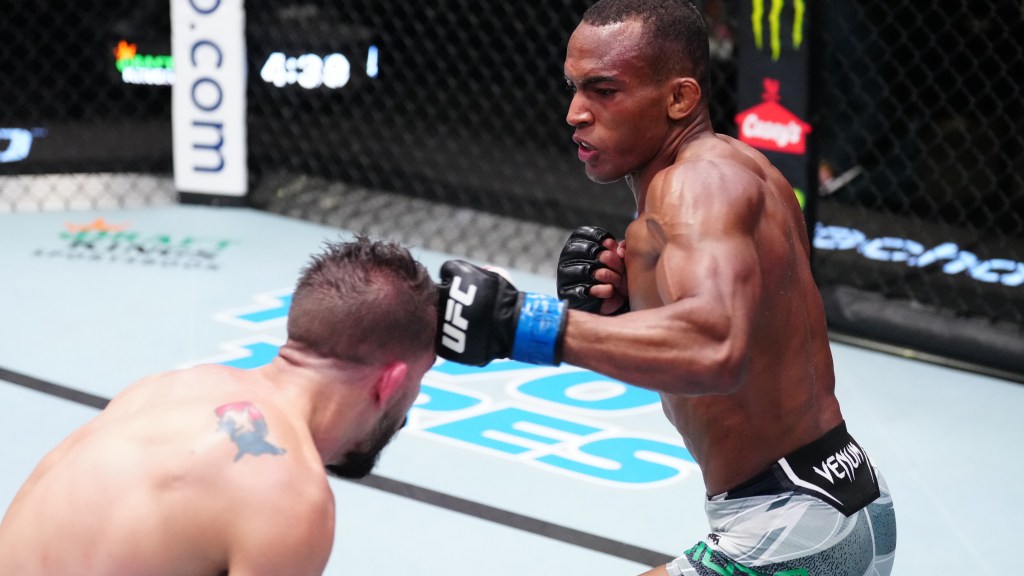 UFC flyweight Carlos Mota has been temporarily suspended by the Nevada Athletic Commission.

Mota (8-2 MMA, 0-1 UFC) allegedly tested positive for Meldonium, a metabolic modulator that is banned by the U.S. Anti-Doping Agency (USADA). The temporary suspension was announced at Tuesday’s meeting of the Nevada State Athletic Commission in Las Vegas.

Nevada Attorney General’s Office representative Joel Bekker announced the continuance of the suspension and said Mota was temporarily suspended Dec. 15. Mota will learn the length of his suspension at a future hearing.

Mota punched his ticket to the UFC after he knocked out Rizvan Abuev to win LFA’s vacant flyweight title in August 2022. The Brazilian went 3-1 for that promotion before he took the UFC’s offer to replace Kleydson Rodrigues to fight Durden on short notice.