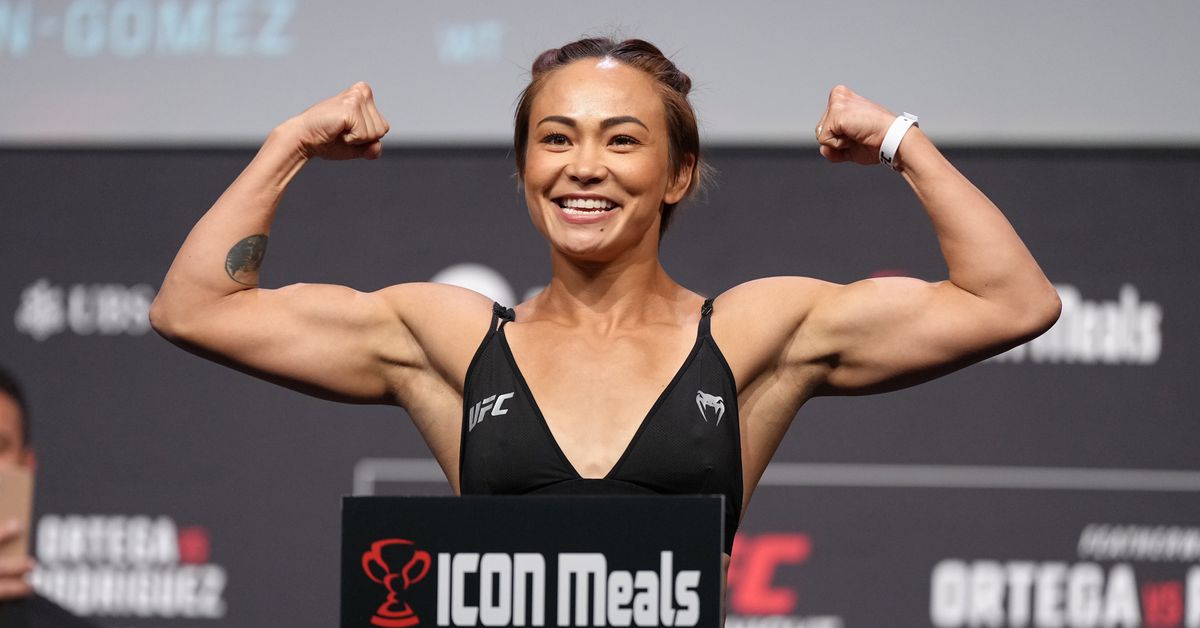 The UFC’s first-quarter schedule continues to fill up as strawweights Michelle Waterson-Gomez and Luana Pinheiro are set to collide on April 8.

MMA Fighting confirmed the news Monday following an initial report by UFC broadcast partner ESPN. The event on April 8 is expected to be UFC 287.

Waterson-Gomez (18-10) is currently MMA Fighting’s No. 12 ranked strawweight in the world.

The 37-year-old has fallen on hard times of late, dropping four of her past five bouts under the UFC umbrella, with her lone win being a controversial split decision over Angela Hill.

The Brazilian 29-year-old is 3-0 thus far under the Zuffa banner. She defeated Stephanie Frausto via first-round knockout on the UFC’s Contender Series in 2020 to earn her contract, then rattled off back-to-back victories in 2021 over Randa Markos and Sam Hughes.

The UFC has yet to announce an official location or venue for UFC 287. The card also features Rob Font vs. Adrian Yanez and Cynthia Calvillo vs. Lupita Godinez.