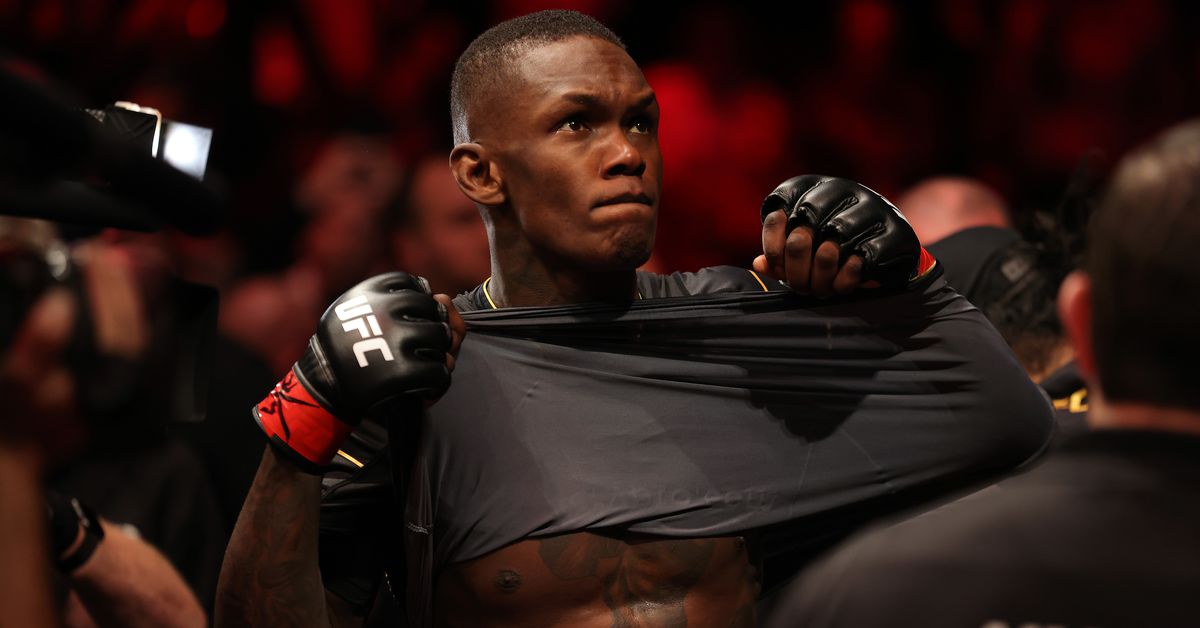 Israel Adesanya has been a busy man when it comes to adding to his growing collection of tattoos. The former UFC middleweight champion just got three new ink jobs on his neck and face, which he shared on his Instagram.

The one that’s got most people talking is the tattoo right above his right eye which says ‘dragon’ in Arabic. Obviously, “The Last Stylebender” doesn’t have a job where he needs to worry about some extremely visible body art smack dab on his forehead, but that didn’t stop people on Twitter from having a good time razzing him over the decision (and his Nigerian parents’ possible reaction to it).

In the caption for the tattoo post on Twitter, Adesanya wrote “The old version of you must die before you come alive!”

As with a whole bunch of other things in Adesanya’s life, the eye tattoo was inspired by his love of anime. In this case, it was a character named Gaara in the cartoon Naruto that led him to place the tattoo above his eye. Gaara has a similar tattoo on the left side of his forehead with the kanji ai symbol for love.

Digging deeper into Naruto lore than I’d like to, I’ve learned that Gaara’s love tattoo doesn’t express a general love for the world or a partner but the lack of love he’s experienced due to being a Jinchuriki or human with a tailed beast inside of him. Adesanya often equates himself to a Jinchuriki and named his orange McLaren 720s Spider ‘Kurama’ after the nine-tail demon fox.

The ai symbol is also one of the most basic tattoos you can get, and even someone as willing to embrace his inner nerd wasn’t willing to get that above his eye. So now he has dragon in Arabic, which certainly looks and sounds cooler than a love kanji tattoo.

Also new: a big bird tattoo on his neck which he challenged fans to identify the meaning of. One of his followers suggested the bird represents the Egyptian deity Montu, the God of war. Adesanya posted the fan’s answer and wrote ‘Well, now I know what it means.’

Last but not least, Stylebender now has a small tattoo right next to his eye. Is it a leaf? A hieroglyph? It’s uncertain at this time, but once better pictures come out we’re sure someone with sleuth out the meaning.

Adesanya is currently plotting his revenge against his rival Alex Pereira, a man who has now beaten him twice in kickboxing and once in mixed martial arts. “Stylebender” was ahead 39-37 on all three judges’ scorecards at UFC 281 when Pereira wobbled him with punches, forcing the referee to step in and stop the fight two minutes into the fifth round. It’s expected that the two will rematch sometime in early to mid-2023.

UFC 283 bonuses: Jamahal Hill vs. Glover Teixeira wins Fight of the Night
Jose Aldo to be inducted in the UFC Hall of Fame
Conor McGregor Says He ‘Likes’ Offer To Coach ‘The Ultimate Fighter’
Henry Cejudo says Merab Dvalishvili bad matchup for Petr Yan: He’ll ‘beat on you like a rat on a Cheeto’
Featherweight icon Jose Aldo to enter UFC Hall