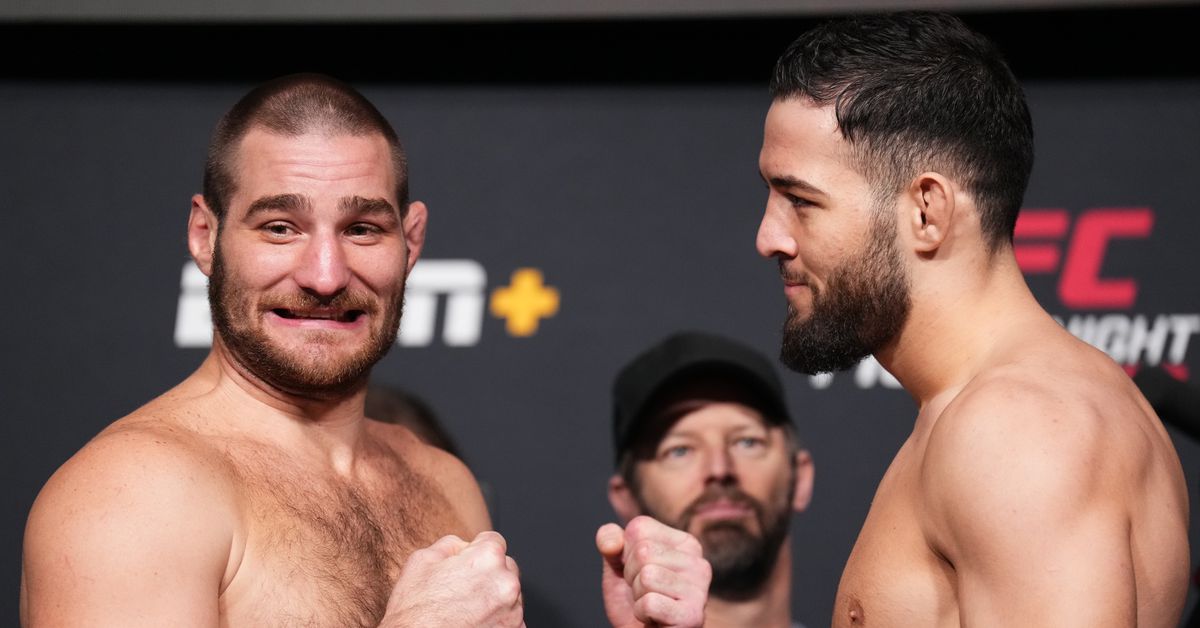 MMA Fighting has UFC Vegas 67 results for the Strickland vs. Imavov fight card, a live blog of the main event, and live UFC Vegas 67 Twitter updates.

In the first UFC main event of 2023, middleweight contender Sean Strickland steps in on short notice to challenge Nassourdine Imavov in a light heavyweight bout following the injury withdrawal of Kelvin Gastelum. Strickland has lost back-to-back bouts since pulling off a six-fight win streak, while Imavov has won four of his past five appearances in the UFC’s octagon.

Check out the UFC Vegas 67 results below.