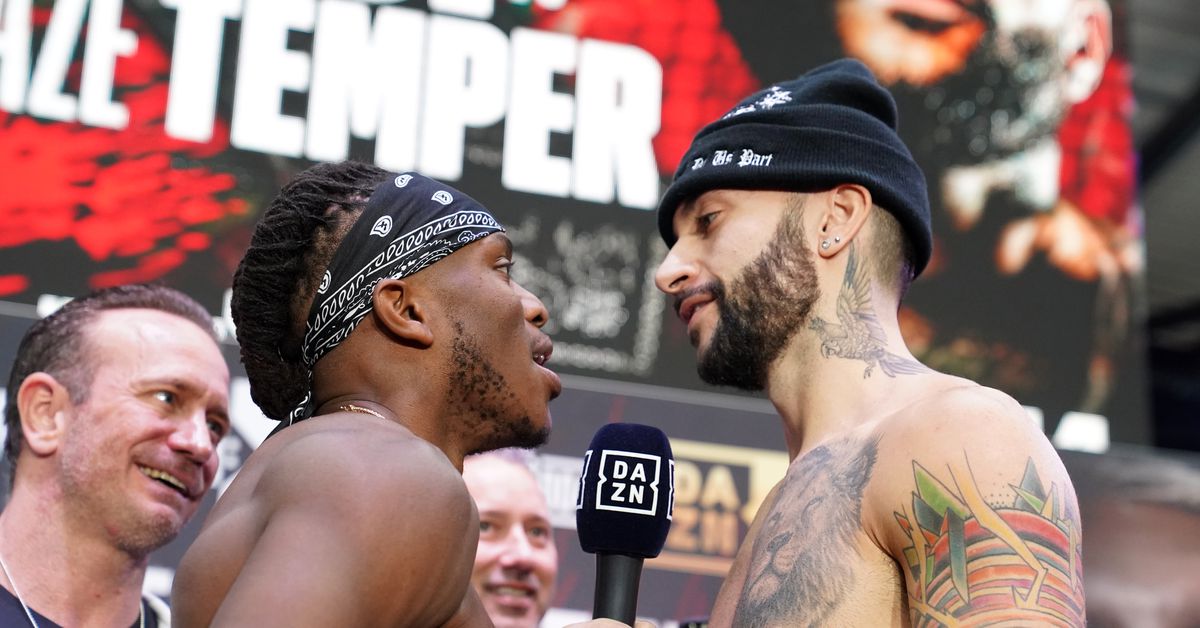 The main event is expected to begin at 2 p.m. ET on DAZN. Check out our KSI vs. Temperrr results page to find out what happened on the undercard.

KSI (1-0) will be competing in the third exhibition fight of his boxing career. He last competed this past August when he defeated two opponents in the same night via knockout.

FaZe Temperrr (1-1) defeated Overtflow via first-round knockout in his last fight this past November. Temperrr replaced Dillon Danis in the main event less than two weeks ago.

KSI and Temperrr both are expecting that a win will set up a potential mega-fight with Jake Paul later this year. KSI’s Misfits cruiserweight championship will be on the line in the contest.