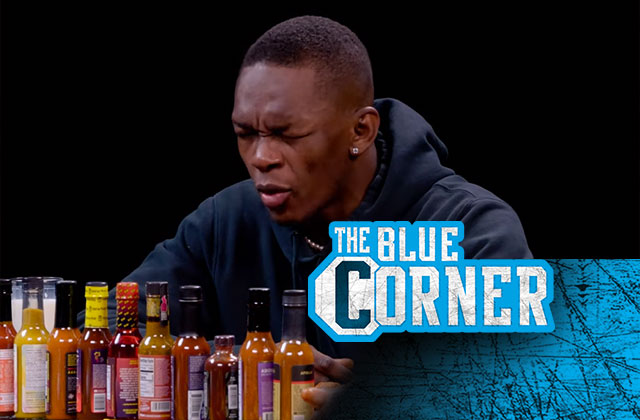 Well, not exactly, but his episode on the popular YouTube series “Hot Ones” went live Thursday on Thanksgiving Day. Interesting note: Adesanya said at the top of the episode that filming took place two days after his UFC 281 loss to Alex Pereira and that he was worried about eating spicy food with cuts beneath his tongue.

Not to worry, though: He still handled it like a champ!

Adesanya belched his way through all 10 “wings of death.” It wasn’t until the seventh wing that Adesanya needed some milk to cool his mouth down. No. 8 hot sauce Da Bomb Beyond Insanity got him good, though, as it does everyone.

Watch the video above to see Adesanya conquer the challenge as he talks about fighting, family, anime, and more. He even closes out the episode by drawing a sketch for host Sean Evans.