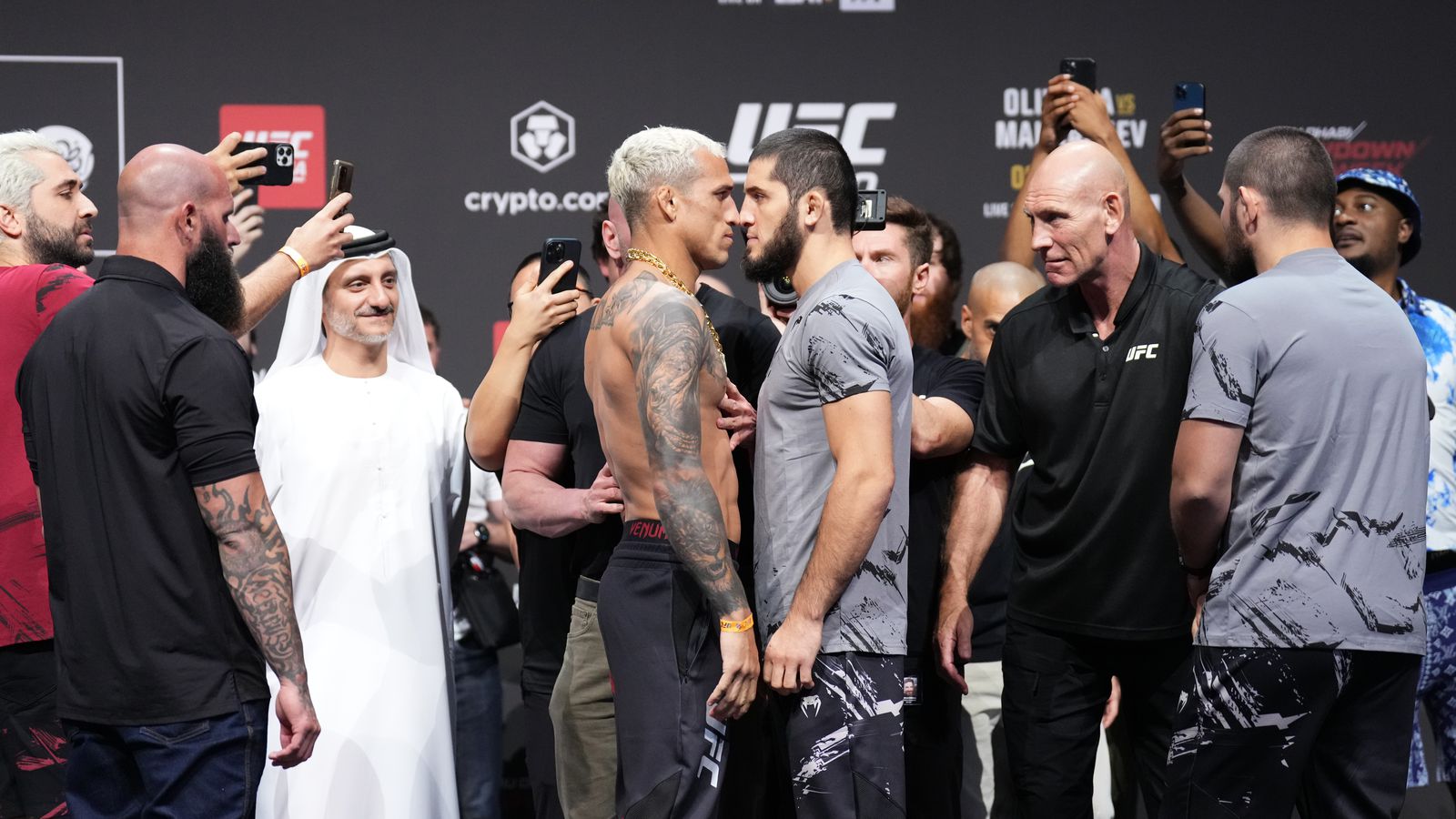 Reigning featherweight champion Alex Volkanovski, on location to play backup fighter for the UFC 280 main event, was sound asleep last night likely dreaming of becoming the next “champ champ.” But while “The Great” was sawing wood, his team was fielding calls from UFC officials, who wanted to make sure the Aussie was on weight.

Volkanovski didn’t mention if it was Charles Oliveira or Islam Makhachev struggling to make the 155-pound limit, but both fighters endure a pretty difficult cut to make the lightweight mark. In addition, championship bouts don’t permit the one-pound allowance typically afforded in non-title fights.

“Without giving too much away, we got asked pretty late last night, ‘How’s Alex doing?’ So obviously someone was struggling a little bit,” Volkanovski told BT Sport. “I was asleep when that happened, I just heard about it this morning.”

Oliveira was looking to silence critics after last May’s scale fail and went so far as to release a video ahead of the official weigh ins showing “Do Bronx” on weight. Both fighters came in 154.5 pounds, a half pound under the 155-pound limit, so whatever struggles were happening overnight were resolved by the early morning weigh ins.

Obviously it was a commitment, I worked hard to be ready just in case, but I mean all that’s worth it just because it’s locked me in as the next guy,” Volkanovski continued. “There probably was a risk, it’s not like I had the best camp. We put the work in anyway and it’s good to know the big bosses agree that I’m next.”

Volkanovski (25-1) is expected to fight the winner of Oliveira vs. Makhachev, assuming we get a conclusive finish on Sat. (Oct. 22) at Etihad Arena in Abu Dhabi, UAE. The leading locations are UFC 283 in Rio and UFC 284 in Perth, or both if “Do Bronx” gets the promotion to commit to this crazy idea.

To check out the latest and greatest UFC 280: “Oliveira vs. Makhachev” news and notes be sure to hit up our comprehensive event archive right here. For the complete UFC 280 fight card and PPV line up click here.