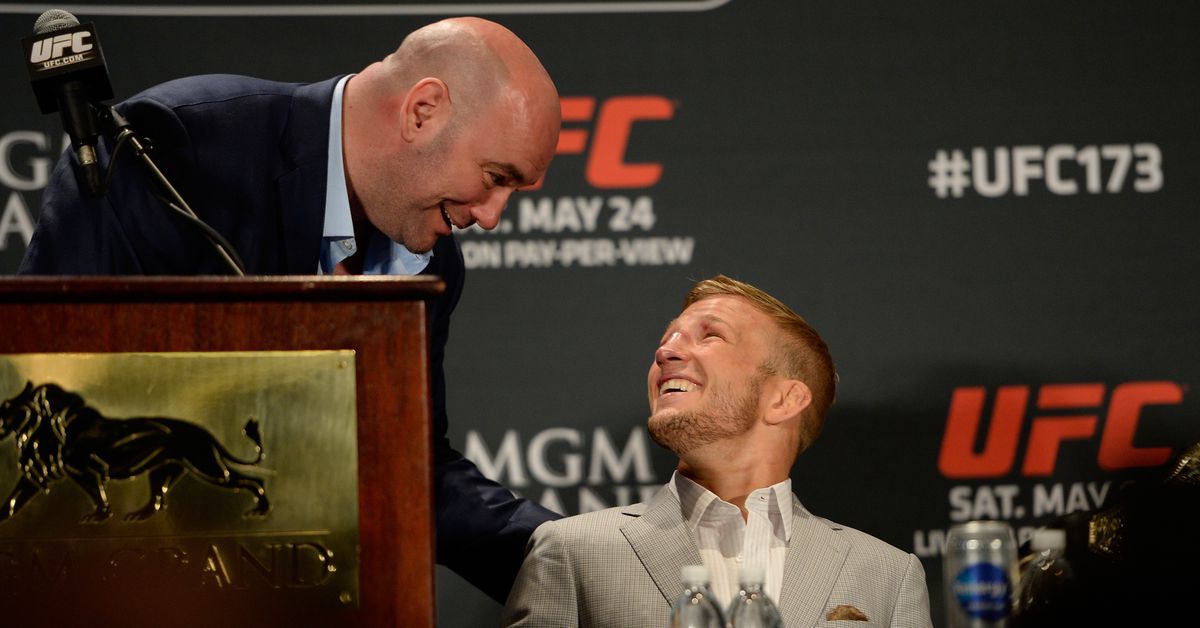 During fight week, White did his general media rounds and spoke about the Bantamweight title match up. Specifically touching on the now-permanent steroid stigma that’s following Dillashaw post-suspension, White said he feels Dillashaw handled everything “like a man.”

“Very strange, man,” Sterling said. “Dana’s an interesting cat. I like Dana a lot, but some of the things I just have to wonder his reasoning and rationale. Like, you’re praising a guy who got caught and saying he did it the right way and did it like a man. What about that was manly? The guy got caught. He didn’t come clean, Dana. I’m just — I don’t get it. I think it’s a very odd thing to say.”

Heading into the bout upcoming title bout, Sterling still feels his challenger is finding ways around the system.

“There have been so many people who have popped and a lot of ‘em have been like real legitimate tainted stuff and I don’t get it,” Sterling said. “What makes this situation more like a man versus anybody else? I really don’t understand.

“Unless you got caught redhanded and you know you cheated, having the needle in your hand knowing you’re about to do it and you’re like, ‘No, I didn’t.’ That’s different,” he concluded. “But saying he’s more of a man, it’s a very weird and odd thing to say.”

Remember that MMAmania.com will deliver LIVE round-by-round, blow-by-blow coverage of the entire UFC 280 fight card right here, starting with the early ESPNEWS/ESPN+ “Prelims” matches online, which are scheduled to begin at 10 a.m. ET, then the remaining undercard (also on ESPNEWS/ESPN+) at 12 p.m. ET, before the PPV main card start time at 2 p.m. ET on ESPN+ PPV.

To check out the latest and greatest UFC 280: “Oliveira vs. Makhachev” news and notes be sure to hit up our comprehensive event archive right here.