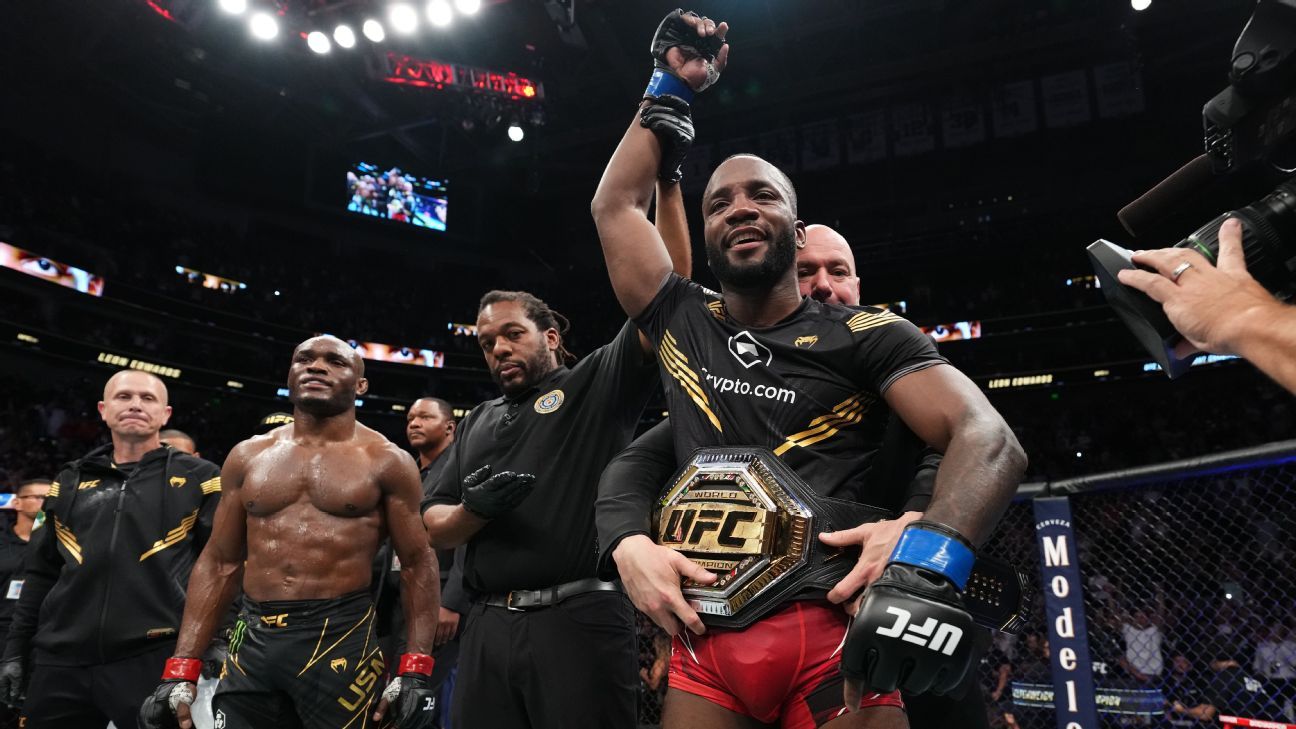 Kamaru Usman is willing to travel into potentially hostile territory in an effort to get back the UFC welterweight title.

Usman has asked the UFC for a trilogy fight with champion Leon Edwards in London, Usman’s manager, Ali Abdelaziz of Dominance MMA, told ESPN on Tuesday.

Edwards is a Jamaican-born fighter who lives in England, while the Nigerian-born Usman is a longtime resident of the United States. Abdelaziz said the highly anticipated bout is likely to happen in early 2023, potentially March.

Charles Oliveira takes on Islam Makhachev for the vacant lightweight title in the main event of UFC 280 in Abu Dhabi.

“He asked,” Abdelaziz said of Usman. “I swear to everything, he [told] to [UFC president] Dana [White], ‘I want to fight this guy in London.'”

Edwards stunned Usman with a head-kick knockout with less than one minute remaining in their title fight at UFC 278 in August. Usman was dominating most of the bout until the KO, which earned Edwards the UFC welterweight belt.

Entering UFC 278, Usman was considered the pound-for-pound best fighter in the world and was a heavy favorite to get by Edwards, whom Usman beat in 2015 before he was champ.

Abdelaziz said it will be Usman, not Edwards, who decides where the fight will be and the UFC will decide when. Usman, Abdelaziz said, is still the A-side in the matchup, even if Edwards holds the title. And the manager believes Usman will have more fans in London than Edwards, considering Usman’s African heritage.

“It doesn’t matter,” Abdelaziz said. “Kamaru is gonna smash this guy. He got a lucky kick once every 100 years. And he got this kick. Congratulations and we’ll move on.”

“In March, this will change,” Abdelaziz said. “The king will be back.”