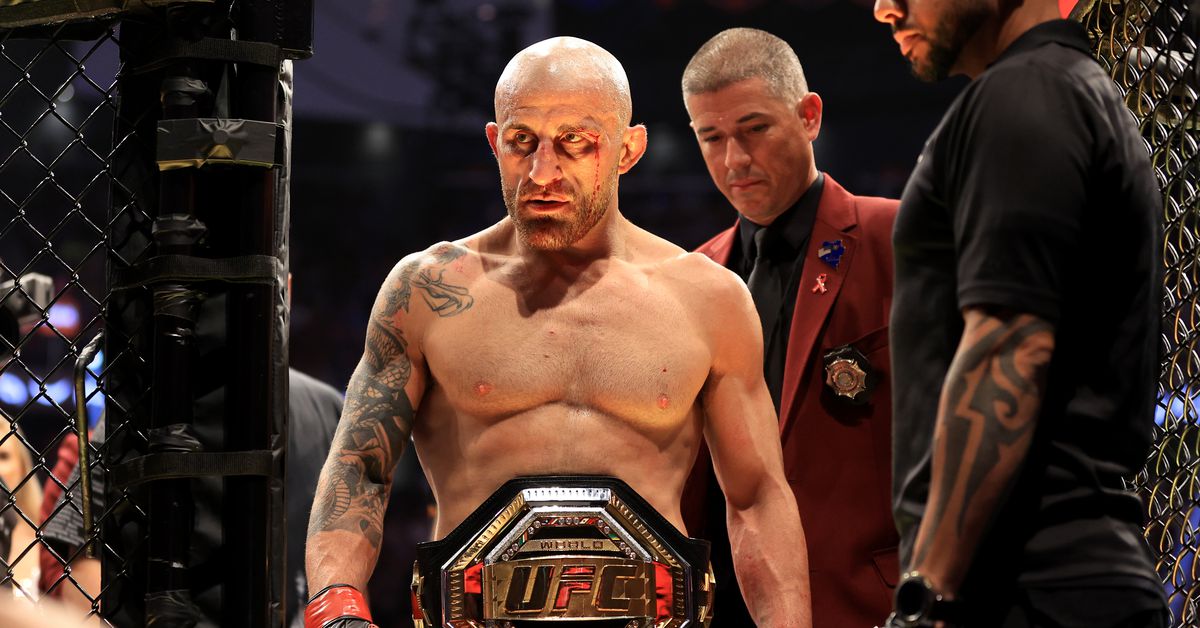 Alexander Volkanovski appears to be the next champion to get an opportunity at a second divisional title.

Originally, the expectation was for Beneil Dariush — who fights Mateusz Gamrot earlier that night — to act as the potential replacement fighter. Volkanovski quickly put that to bed, stating he’ll be getting paid for his weight-cutting efforts come fight night. With the role, he expects he’ll now be in line for a shot at the title fight’s winner regardless of the outcome.

UFC President, Dana White, spoke on My Mom’s Basement today (Mon., Oct. 17, 2022) and responded to Volkanovski’s sentiment, saying; “It makes sense.” Therefore, it looks like poor Dariush will only be further slighted by the 145-pound titlist should he extend his win streak to eight.

Volkanovski is no stranger to the Lightweight division, having fought the majority of his first 15 fights at the weight. With only one loss on his 26-fight record, “The Great’s” lone loss came in a 2013 Welterweight affair. Volkanovski’s last win came in July 2022, defeating Max Holloway for the third time in a dominant unanimous decision effort (watch highlights).

Remember that MMAmania.com will deliver LIVE round-by-round, blow-by-blow coverage of the entire UFC Vegas 62 fight card right here, starting with the ESPN/ESPN+ “Prelims” matches, which are scheduled to begin at 4 p.m. ET, then the remaining main card balance (on ESPN+) at 7 p.m. ET.

To check out the latest and greatest UFC Vegas 62: “Grasso vs. Araujo” news and notes be sure to hit up our comprehensive event archive right here.