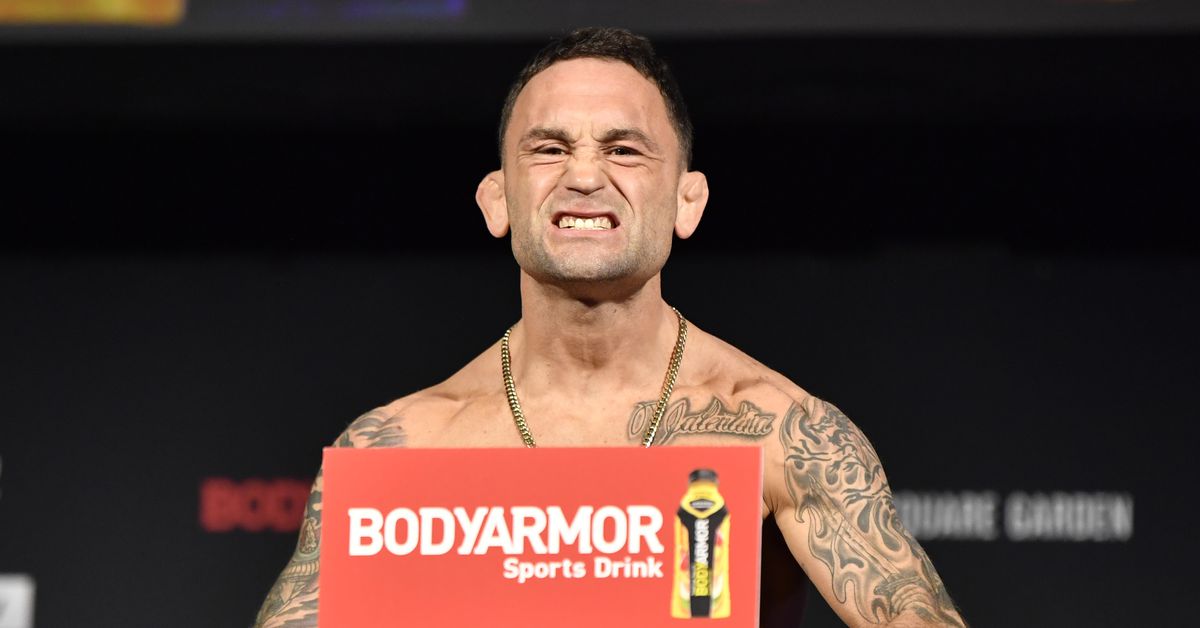 Frankie Edgar finally has an answer for when his last MMA fight will go down.

ESPN’s Brett Okamoto confirmed today (Thurs., Oct. 6, 2022) that the former Ultimate Fighting Championship (UFC) Lightweight champion will collide with Chris Gutierrez in a Bantamweight affair at UFC 281 in Madison Square Garden on Nov. 12, 2022. For “The Answer,” it will be his final walk to the Octagon.

“Frankie Edgar in the Garden one last time,” Okamoto tweeted. “Edgar will face Chris Gutierrez at UFC 281 on Nov. 12. He confirmed to me it will be his last fight, ‘unless someone gets lippy in Seaside next summer.’ It will be his 30th UFC bout.”

Edgar, 40, has been a fan favorite ever since joining the promotion Feb. 2007. The trilogy with rival, Gray Maynard, stands the test of time as some of the best battles in mixed martial arts (MMA) history. Edgar won his first world title in upset fashion, defeating B.J. Penn via unanimous decision at UFC 112 in April 2010.

The surging prospect, Gutierrez, has a massive opportunity ahead of him to score a win over a legend. Boston’s “El Guapo” is unbeaten in his last seven outings and most recently landed a highlight reel spinning back fist knockout in his last fight versus Danaa Batgerel in March 2022 (watch highlights)

Edgar versus Gutierrez bumps UFC 281 to 14 total fights, which will presumably round out the night of action in New York City.

Check out the latest UFC 281 fight card as it currently stands below: