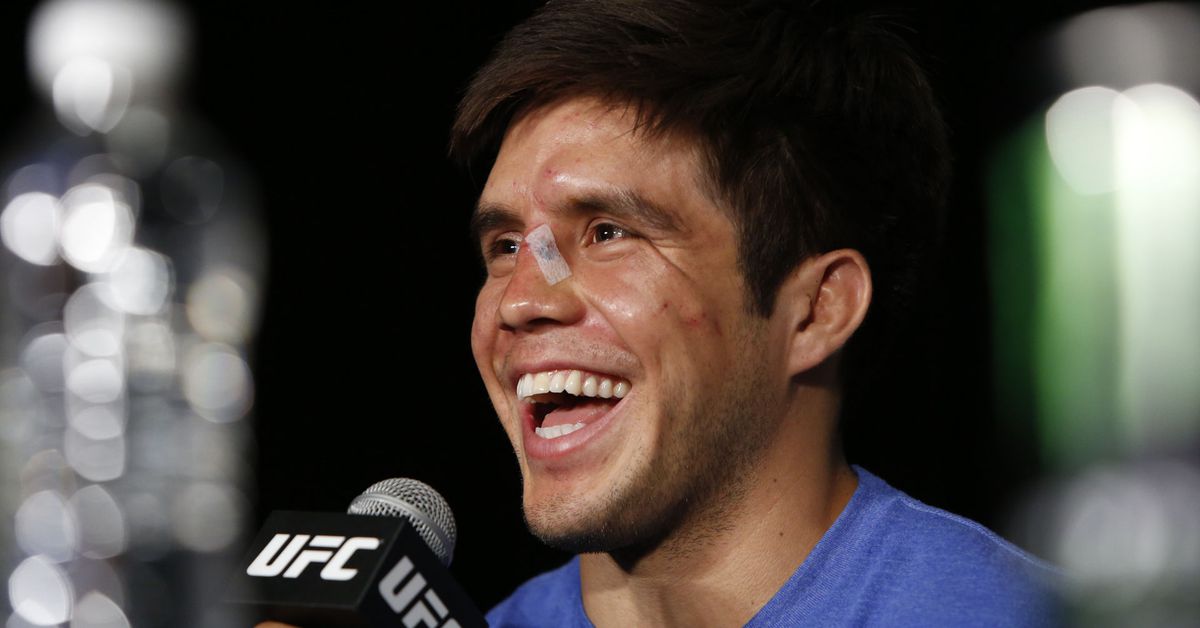 According to the UFC’s rankings, Poirier is currently the No. 8 pound-for-pound fighter in the world, ahead of divisional champions like Deiveson Figueiredo and Jiri Prochazka, and former champions like Jon Jones, Petr Yan, Brandon Moreno, Max Holloway, and Robert Whittaker, and Cejudo is not a fan of placing him so highly in the pound-for-pound conversation.

“[Michael] Chandler doesn’t have a gold. Neither does Poirier,” Cejudo said, answering questions on his YouTube channel. “I don’t know why Poirier is pound-for-pound. I really don’t. If I was a champion and I had a belt, with all due respect to Poirier, there is no way you can put guys that have been knocked out and submitted and all that on the pound-for-pound list.”

Poirier is currently the No. 2-ranked lightweight in the world, behind only former champion Charles Oliveira, however, his recent run of fights hasn’t quite been the high-level wins many expect of a pound-for-pound fighter. Most recently, “The Diamond” lost to Oliveira, and before that, won back-to-back fights over Conor McGregor, who himself has one win in the past six years (a TKO of Donald Cerrone in 2020). Still, throwing shade at a highly respected fighter like Poirier seems a bit out of left field, and Cejudo later clarified his comments on social media, saying his feelings are more to do with Poirier being above some of his friends.

Didn’t mean any disrespect to @DustinPoirier but he’s ahead of two champions I had the chance to train with (Figgy & Jiri). The voters for these rankings suck, not Poirier! We should rank all these crotch sniffer analysts and see how they like it! https://t.co/H2BD1AIwSg

“Didn’t mean any disrespect to [Poirier] but he’s ahead of two champions I had the chance to train with (Figgy & Jiri). The voters for these rankings suck, not Poirier! We should rank all these crotch sniffer analysts and see how they like it!”

Poirier will have his chance to prove Cejudo wrong in just a few months. “The Diamond” faces Michael Chandler in a featured lightweight bout at UFC 281 on Nov. 12 at Madison Square Garden.

Boxing. Jose Aldo says ‘boxing is a possibility’ but rules out fighting MMA again: ‘I remain under contract’ with UFC.

Accusation. Justin Gaethje on Conor McGregor: ‘Sounds to me like he’s off taking steroids right now.’

$$$. Thiago Santos explains move to PFL, says $1 million prize is ‘more than I made all these years in the UFC.’

Best of Road to UFC.

Heck of a Morning. Reaction to Kevin Holland’s fake retirement.

This is a tough one. I think bo could out wrestle him but I don’t know about in mma and khamzats Striking is still levels above bo. I think. Good line if you ask me and solid bet either way https://t.co/LJbymGfyxz

Either Yan is enormous of Armen is tiny. Or both. Two weight classes separate these men!

Welcome @ArmanUfc back to Tiger Muay Thai!
Arman won a spot on our fight team at the 2018 TMT Tryouts, and soon after was signed to the UFC. Now the no.10 ranked UFC lightweight, Arman is back here and training alongside @PetrYanUFC, as they both prepare for big upcoming fights pic.twitter.com/DLj8hv9JvP

I know he’s not going full speed, but this dude tech-falled Kyle Dake at the Olympics. Islam Makhachev is a problem.

This is low key wild lol and I’m sure you could say I’m bias but this dude is an Olympic silver medalist.. not many people in the world can take him down https://t.co/NDfa8ccNz8

For what it’s worth, the MMA Fighting Global Pound-For-Pound Rankings currently have Poirier at No. 14, still ahead of Figgy Smalls, but behind Jiri.

Thanks for reading! See y’all tomorrow.

Is Dustin Poirier too high on the UFC’s P4P rankings?