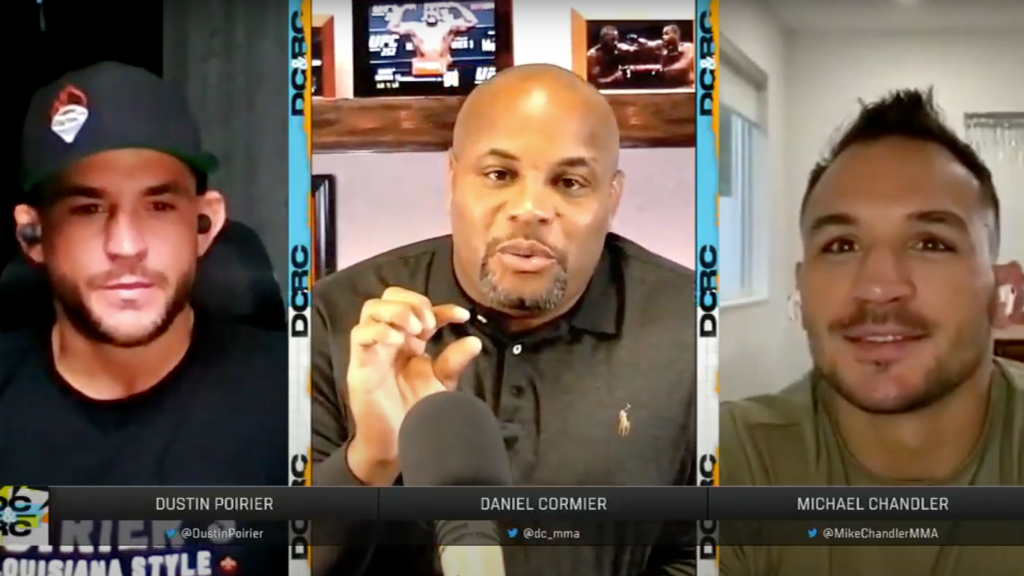 Dustin Poirier and Michael Chandler have history, and the most recent time they were seen near each other, well, let’s just say it wasn’t too amicable.

The two UFC lightweight contenders have traded shots on the media over the last year and have made their disdain for each other clear. Ahead of their fight at UFC 281 on Nov. 12, both Poirier (28-7 MMA, 20-6 UFC) and Chandler (23-7 MMA, 2-2 UFC) participated in a joint interview – mediated by former UFC champion Daniel Cormier – to clear the air and open up about their beef.

You can watch the full interview from ESPN’s “DC & RC” in the video above.

Chandler is coming off a Knockout of the Year contender against Tony Ferguson this past May at UFC 274. After suffering back-to-back losses against Charles Oliveira in a vacant title fight in May 2021 then a Fight of the Year with Justin Gaethje at UFC 268 last November, the three-time Bellator champ bounced back with the incredible front-kick finish of Ferguson.

Meanwhile, Poirier hasn’t fought since UFC 269 in December, when he suffered a submission loss to then-champion Oliveira. That fight came on the heels of back-to-back stoppage wins over rival Conor McGregor.