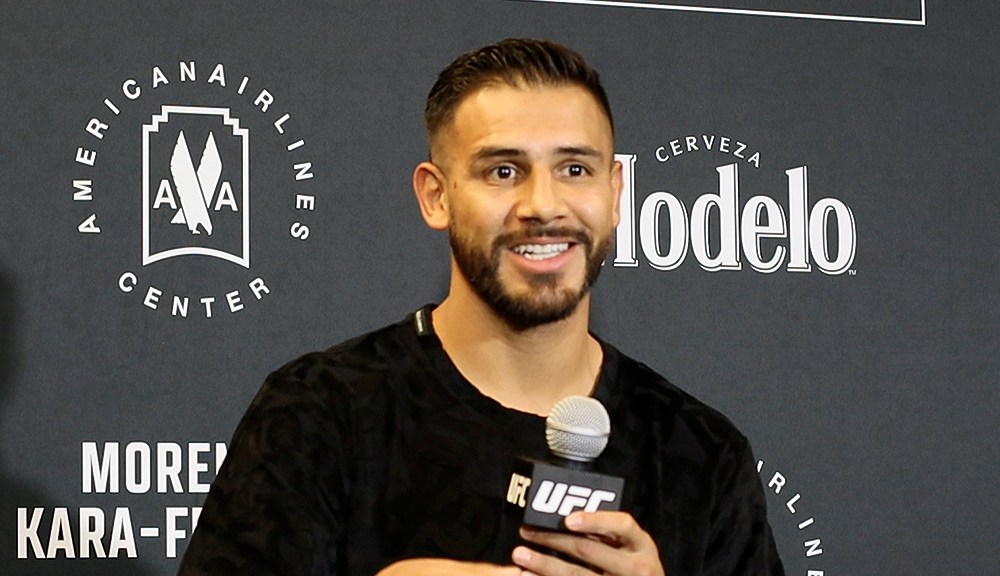 DALLAS – Yair Rodriguez knows what Alexander Volkanovski is going through, which is what he told the UFC featherweight champion in person this past week.

Volkanovski (25-1 MMA, 12-0 UFC) is coming off a successful title defense last month at UFC 276, where he soundly defeated Max Holloway by unanimous decision in their trilogy. Afterward, Volkanovski revealed that he suffered a broken thumb, which will keep him on the shelf for 12 weeks.

Enter Rodriguez (14-3 MMA, 9-2 UFC), who is chomping at the bit for a 145-pound title shot after defeating Brian Ortega by injury TKO last month. Despite the questionable finish, Rodriguez has been adamant that he is deserving of the next title shot – and he’s not about to let Volkanovski off the hook just because he’s recovering from an injured hand.

“Actually (Friday) we ran into each other,” Rodriguez told reporters, including MMA Junkie, backstage at American Airlines Arena during UFC 277. “I went to the UFC hotel where all the fighters are staying, and I saw him. I was like, ‘Hey, what’s up, man?’ I just wanted to say what’s up. I told him, ‘How are you? How are you feeling?’ He was like, ‘I’m OK, bro. My hand is broken.’ I told him, ‘You know I got the same injury after my fight against Max, so I know what you’re going through. Speedy recovery. I wish you the best all the time, and I hope to see you soon.’”

Cordial enough, but Rodriguez hinted that he believes Volkanovski – who’s expressed his desire to challenge for the lightweight title – should be ready sooner than later. That much was clear when he spoke of his own experience with what he says is the same injury as the champ.

“Still hurts,” Rodriguez said. “Some of those injuries, they never go away. You’ve got to kind of live with it. I never wanted to do surgery or anything, just heal by itself. I can punch, I can grab, I can do anything, so I’m OK.”

As for the UFC moving forward with an interim featherweight title fight between Rodriguez and Josh Emmett, Dana White said he didn’t hate the idea. Rodriguez, on the other hand, does hate the idea and wouldn’t put too much stock in White’s words.

“He was like, ‘OK, I’m not against the idea,’” Rodriguez said. “But he didn’t propose it at all. What is in my mind right now is fighting Alexander Volkanovski.”