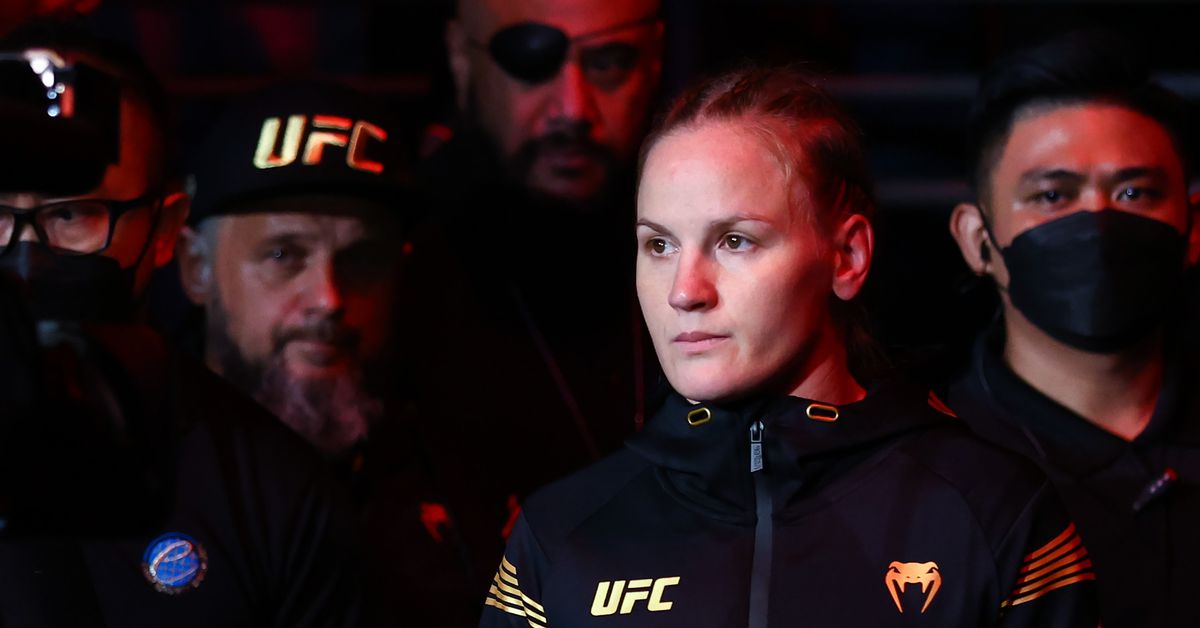 Having reclaimed her status as double champion, Amanda Nunes may be headed toward facing yet another familiar face.

UFC 277 this past weekend saw “The Lioness” playing with her prey just as she predicted, thrashing now-former bantamweight titleist Julianna Pena from pillar to post over the course of their main event rematch. Nearly finishing Pena on three separate occasions in round two, Nunes went on to dominate the later half of the fight with her grappling and violent ground and pound, slicing the forehead of “The Venezuelan Vixen.”

The 10th UFC title-winning performance acted as a stark reminder that Nunes is one of the greatest fighters of all time regardless of gender and very few have been able to catch her on an off night. Obviously, Pena managed to be the one to capitalize on that to the fullest in their first meeting, but years prior, now-flyweight queenpin Valentina Shevchenko arguably should have been the one to dethrone Nunes.

A former double champion himself, Henry Cejudo believes a third fight would finally be the one for Shevchenko to come out on top.

“For the third fight, I’m actually gonna go Valentina Shevchenko just for the simple fact that Valentina has gotten a lot better and she’s the younger fighter, I believe, and she’s a smaller fighter,” Cejudo said on his podcast The Triple C & Schmo Show. “Going up is actually better than coming down. Because if you’re struggling to make 135 pounds, going up she’s going to feel really good.”

A split decision loss for Shevchenko in her 2017 Nunes rematch led her down to 125 pounds shortly after, and she’s been as dominant as one could ever hope to be. Seven consecutive title defenses later, and the desire for a trilogy bout between the two is hotter than ever despite the fact “The Bullet” is 0-2 in the series.

“Knowing Valentina, she’s all about fighting, she’s on a quest to do some amazing things,” Cejudo said. “I don’t think she’s married or in a relationship, she’s literally married to the game and that also makes somebody extremely dangerous. Amanda now has a kid, a wife, and I’m not saying that stuff holds you down but time is given. Especially me now as a father, it’s like recovery time or I gotta get home, X, Y, and Z … I think this is the time to make it (the trilogy) because they’re both kind of getting up there in age, too. So, if they’re going to make it, I say they make it within the next six months and let the people know who is the pound-for-pound queen.”

While Nunes recently had her long reign of terror momentarily halted in Dec. 2021, Shevchenko also came rather close in her last appearance.

Tasked with Brazil’s Taila Santos at UFC 275 in June, Shevchenko was forced to dig deep in what was undeniably her most competitive bout at flyweight to date. Ultimately resulting in a Shevchenko split decision, the champion struggled with Santos’ grappling in the first half of the fight only to rally late after a broken orbital hindered the vision of Santos starting midway through round three. Regardless, many spectators felt Santos did enough to earn the win and deserves an instant rematch. She is currently healing after undergoing surgery on the injury.

“I think Shevchenko owes a rematch to Taila Santos and Taila Santos needs to speak up,” Cejudo said. “She needs to raise her voice. If you go the whole humble route, you won’t get that title shot. She needs to ask for that fight because that other fight, I really did think that Taila Santos did have the edge over Valentina Shevchenko. I’m not the only one.

“I think she runs it back with Taila Santos as she should and then she goes up and she fights Amanda Nunes for the third time.”

Nope. Shane Burgos: Not entertaining other contract offers would be ‘negligent’ and ‘disrespectful’ to my family

Nurmagomedov’s Submission Finish & Rankings Update | Who Moved Up To The Number One Spot?

Extreme rafting in Kazbegi with Aljamain Sterling and Al iaquinta

Heck of a Morning. MMA Fighting’s Mike Heck discusses if UFC should book Amanda Nunes vs. Julianna Peña 3 next, and Niko Price joins the show.

Another year, another Diaz.

Is it time for Nunes vs. Shevchenko 3?