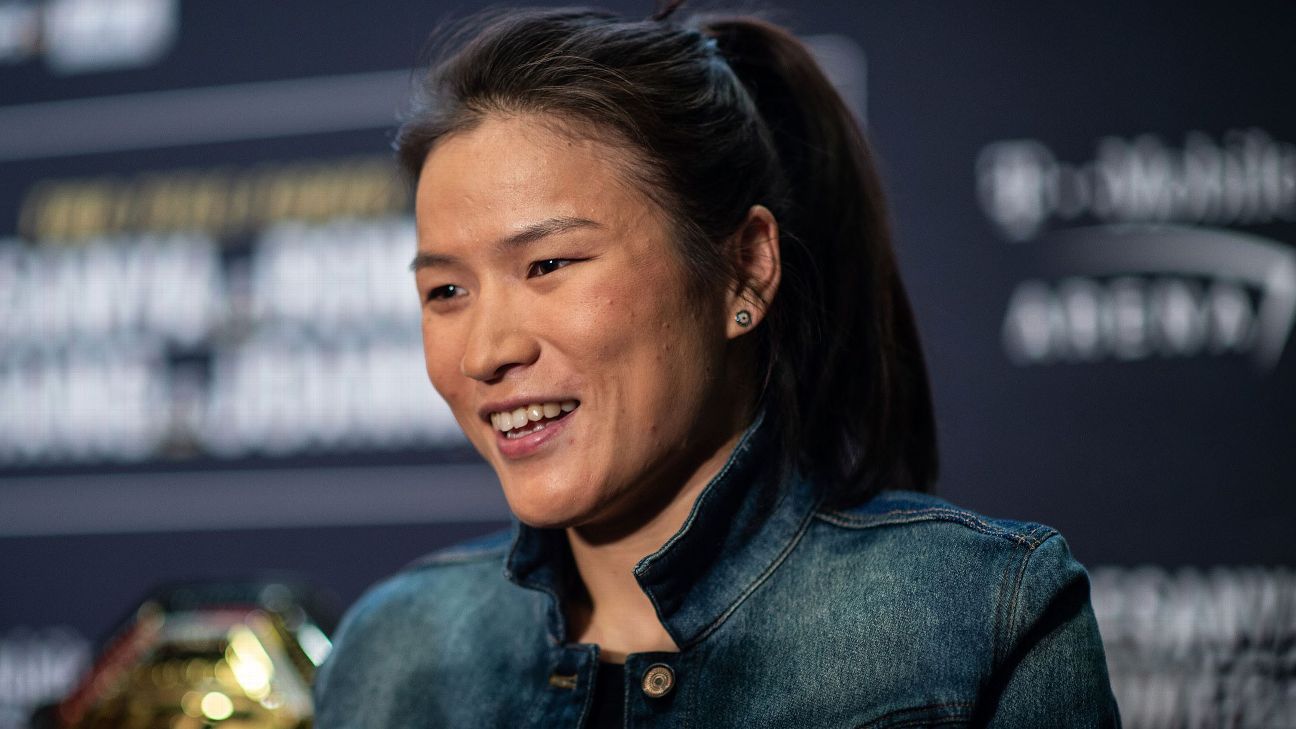 For the first time in her already decorated MMA career, Zhang Weili will be doing her training camp in the United States.

Zhang, the former UFC women’s strawweight champion, will be arriving later this month in Arizona to train at Fight Ready in Scottsdale, her coach Pedro Jordao told ESPN.

Zhang, who was the first Chinese-born champion in UFC history, had done all her previous camps in her native country. Zhang will challenge champion Namajunas, the woman who beat her for the title earlier this year, in the co-main event of UFC 268 on Nov. 6 in New York.

Sources told ESPN that Zhang will bring her team with her from China, including Jorado. But she will also work at Fight Ready with the coaches there, including Santino DeFranco, Eric Albarracin and Eddie Cha.

One of the perks of the move, sources said, is that former UFC double champion Henry Cejudo will be a part of Zhang’s camp. There is a possibility that “The Korean Zombie” Chan Sung Jung could fly in from South Korea to assist Zhang, as well. Patricky “Pitbull” Freire, who trains with Albarracin in Brazil, is also expected to be there in Zhang’s camp.

Zhang (21-2) fell to Namajunas via first-round knockout at UFC 261 last April. That loss snapped a 21-fight winning streak. Zhang, 32, knocked out Jessica Andrade to win the UFC women’s strawweight title in August 2019, becoming only the second Asian-born fighter to win a UFC belt. She defended the title against Joanna Jedrzejczyk at UFC 248 in March 2020, the Fight of the Year in 2020.

Namajunas (10-4) is a two-time UFC women’s strawweight champion. The Milwaukee native, who lives and trains in Colorado, dropped the belt to Andrade in May 2019. Namajunas, 29, is the first woman in UFC history to regain a title after losing it. She has won five of her last six overall.