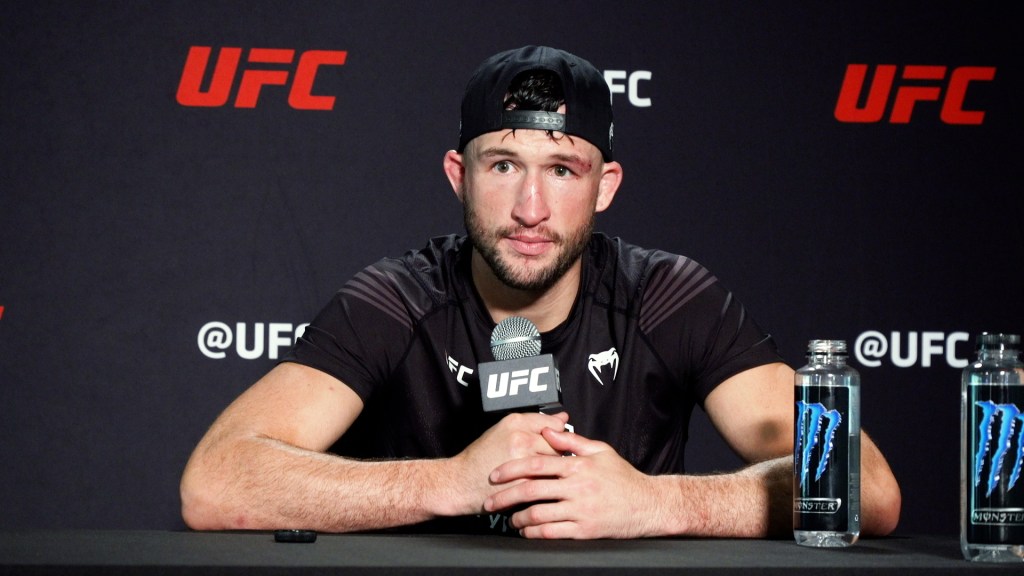 Take a look inside the fight with Erosa, who has stoppages in his past five wins – including two D’Arce choke wins in the UFC.

Erosa on the fight’s key moment 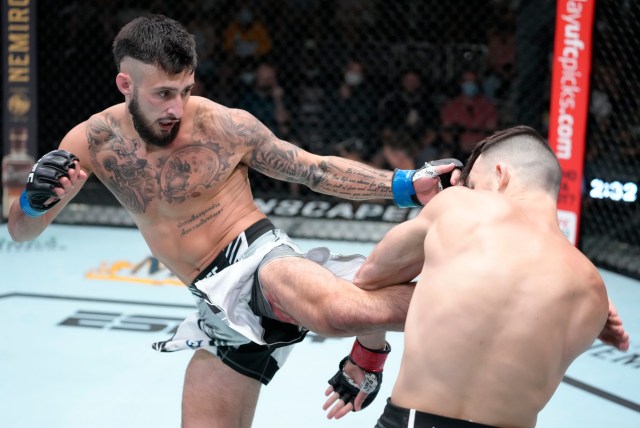 “I was planning on D’Arce (choking) that kid from the first time I knew I had the fight – which hasn’t been long; it’s only been 10 days. But I really wanted that D’Arce, and I got the D’Arce.”

Erosa on his feeling in the cage 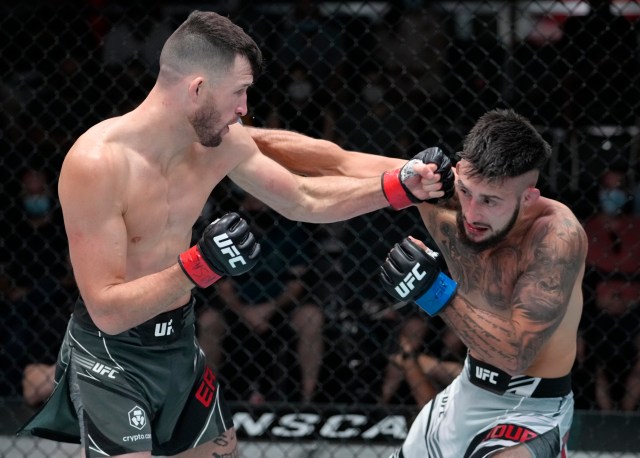 “(It might have been short notice or the catchweight), maybe just a little bit of both. But honestly I think it’s because the last memory I have in the cage was getting knocked out. It’s the small things you’ve got to focus on your mind to keep you in the fight.”

Erosa on what he wants next

“I wanted to fight before the end of the year, and I got it really fast (with this one on 10 days’ notice). They’ve been booking out pretty far (ahead) – November, December. I was like, ‘If I don’t book a fight, I might not get it till next year.’ … I’m in pretty good health – a little banged up. … I can’t think about what’s after Jourdain until I beat Jourdain.

“I was trying to get a fight for a while and I called out that Steven Peterson kid, and I posted on my Instagram. I even direct messaged him and posted a picture. I was trying to fight him, and he called out Nate Landwehr after his win over Chase Hooper. But Nate Landdwehr got booked up in October. … But I would still want to fight Steven Peterson. I think it’s a great opponent for me. But I want to fight him now more because I felt it was disrespectful that he just ignored me.”

To hear more from Erosa, check out the video of the full post-fight interview above. 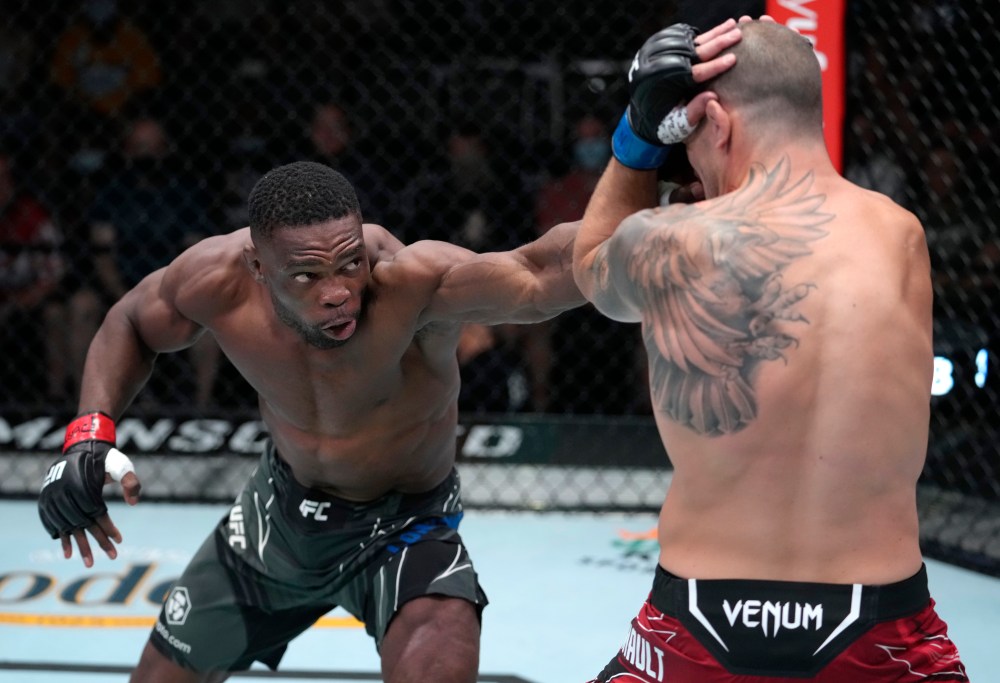 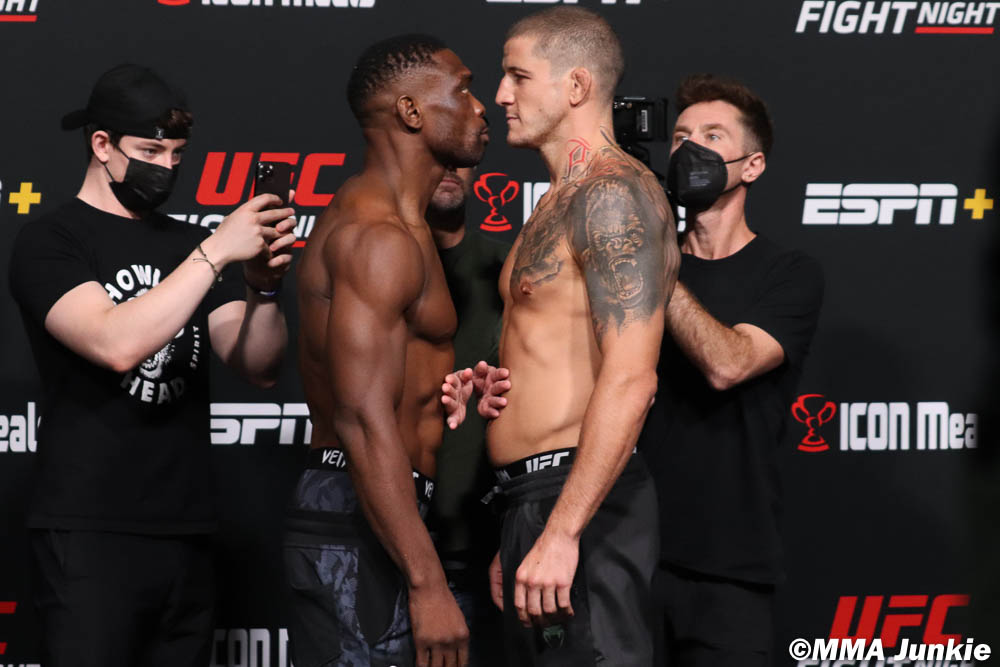