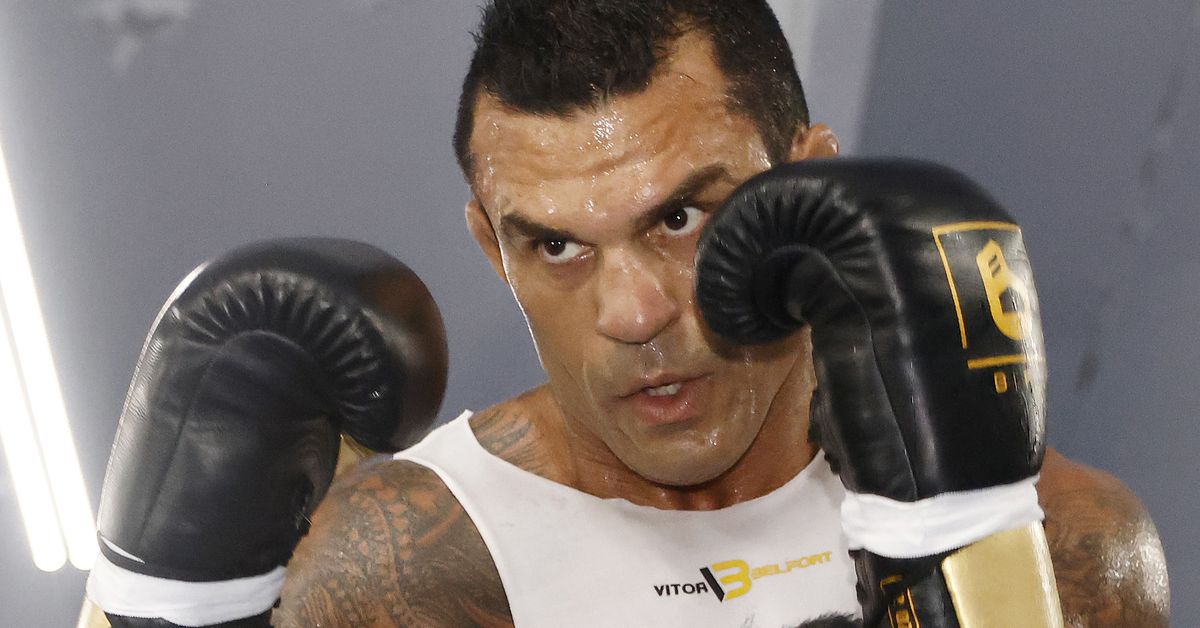 Triller’s latest sideshow extravaganza event on September 11th has gone full circus over the past week after main event headliner Oscar De La Hoya was forced to pull out of his boxing bout with Vitor Belfort due to COVID-19. Rather than delay the event (and the Anderson Silva vs. Tito Ortiz boxing fight in the co-main), Triller elected to instead slot 58 year old Evander Holyfield in as De La Hoya’s replacement.

If it sounds crazy, it’s because it is. So crazy, in fact, that the California State Athletic Commission refused to sanction the fight, forcing Triller to commission shop their way to Florida. The event will now take place at the Hard Rock Seminole in Hollywood.

Evander Holyfield-Vitor Belfort set for Sept. 11 in Hollywood, Florida, per Ryan Kavanaugh. Eight two-minute rounds. Triller looking for sanctioning as pro fight. Brazilian star Anitta will be performing. Belfort is Brazilian. So is Anderson Silva, who is fighting Tito Ortiz

As for why Triller went with Evander Holyfield — interesting story. Just last week Holyfield had filed a legal arbitration demand against Triller because fights the promotion promised kept falling through.

When Holyfield signed with Triller, it was expected that he’d face Mike Tyson, but Tyson walked away from Triller after the one event they did with Roy Jones Jr. A fight between Holyfield and Kevin McBride was scheduled and cancelled and then left dangling in limbo, leading Holyfield to arbitration where he hoped to force Triller to pay him a promised $5 million bucks.

So all of a sudden with Oscar De La Hoya out, Triller had the opportunity to turn lemons into lemonade and get rid of pending arbitration with Holyfield. To them the match up wasn’t all that absurd. It’s something the promotion had discussed with Vitor Belfort early on after “The Phenom” was signed.

“After [De La Hoya in] September, December is me vs. Holyfield,” Belfort said in June. “Get ready for the crossover! We are taking over. Triller is bringing the fights that you dream!”

That quote didn’t generate too much hype because it’s not really a fight that anyone dreams of. It just seemed silly. Yet here we are now, one week away from it going down on September 11th.

Report: Sterling-Cejudo Headed To UFC 287 In April
Conor McGregor accused of attacking woman on his yacht in July: ‘He is a criminal’
Car hits McGregor’s bike, ‘could’ve been dead’
Chris Weidman Set For Combat Sports Return After Leg Injury
Tony Ferguson says he has been asked to coach ‘The Ultimate Fighter’ opposite Conor McGregor