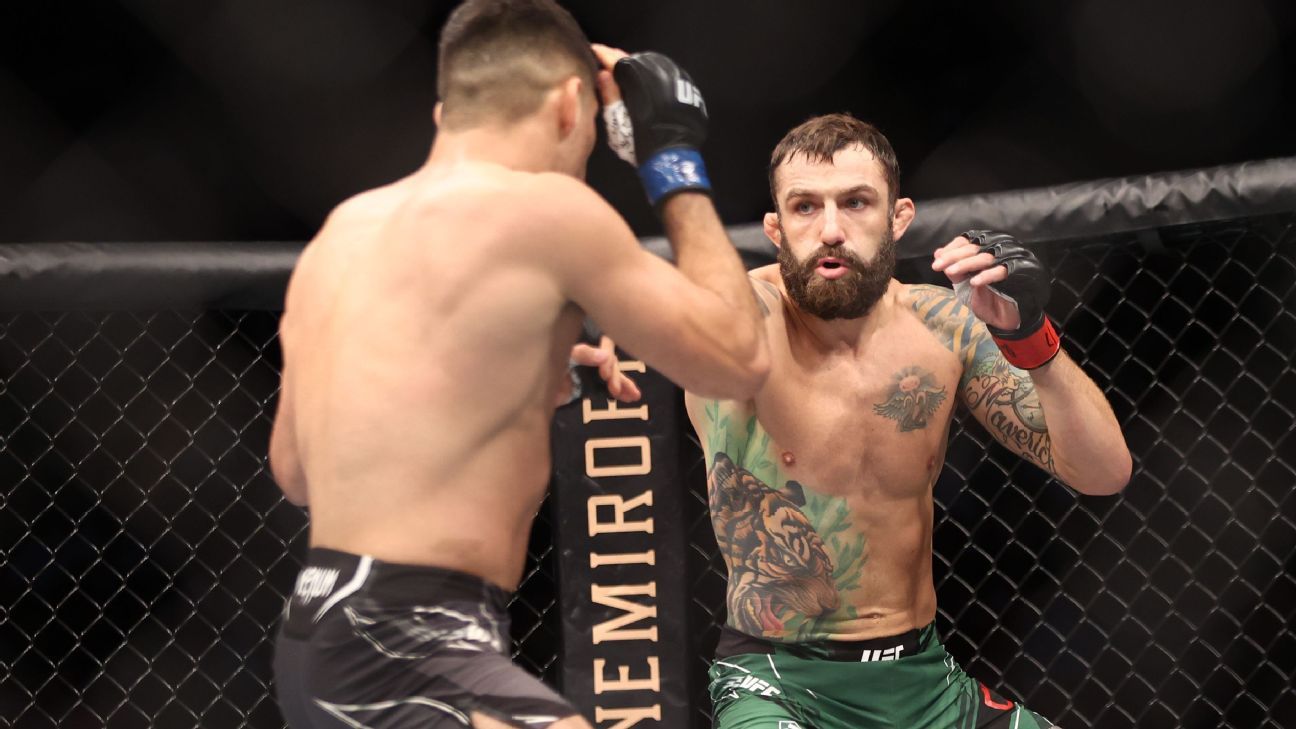 The UFC is finalizing a welterweight matchup between Michael Chiesa and Sean Brady in November, multiple sources told ESPN on Thursday.

Contracts have not been signed, but both sides have agreed to the contest, sources said. The fight will take place at a UFC Fight Night event, likely in Las Vegas.

Chiesa (17-5) is looking to rebound from a loss to Vicente Luque at UFC 265 on Aug. 7. Before the loss, Chiesa had won four straight and had been edging closer to a title shot. The loss to Luque was actually Chiesa’s first since moving to the 170-pound division, after spending the length of his UFC career to that point at lightweight.

A native of Spokane, Washington, Chiesa is 1-1 in 2021, including a five-round decision win over Neil Magny.

Brady (14-0) is one of the division’s most promising new contenders. Fighting out of Philadelphia, Brady is 4-0 in the UFC with two wins via submission. He won his most recent appearance via submission against Jake Matthews at UFC 259 in March.

Brady, 28, was supposed to face Kevin Lee last weekend but was forced to withdraw from that bout several weeks ago due to a foot infection.