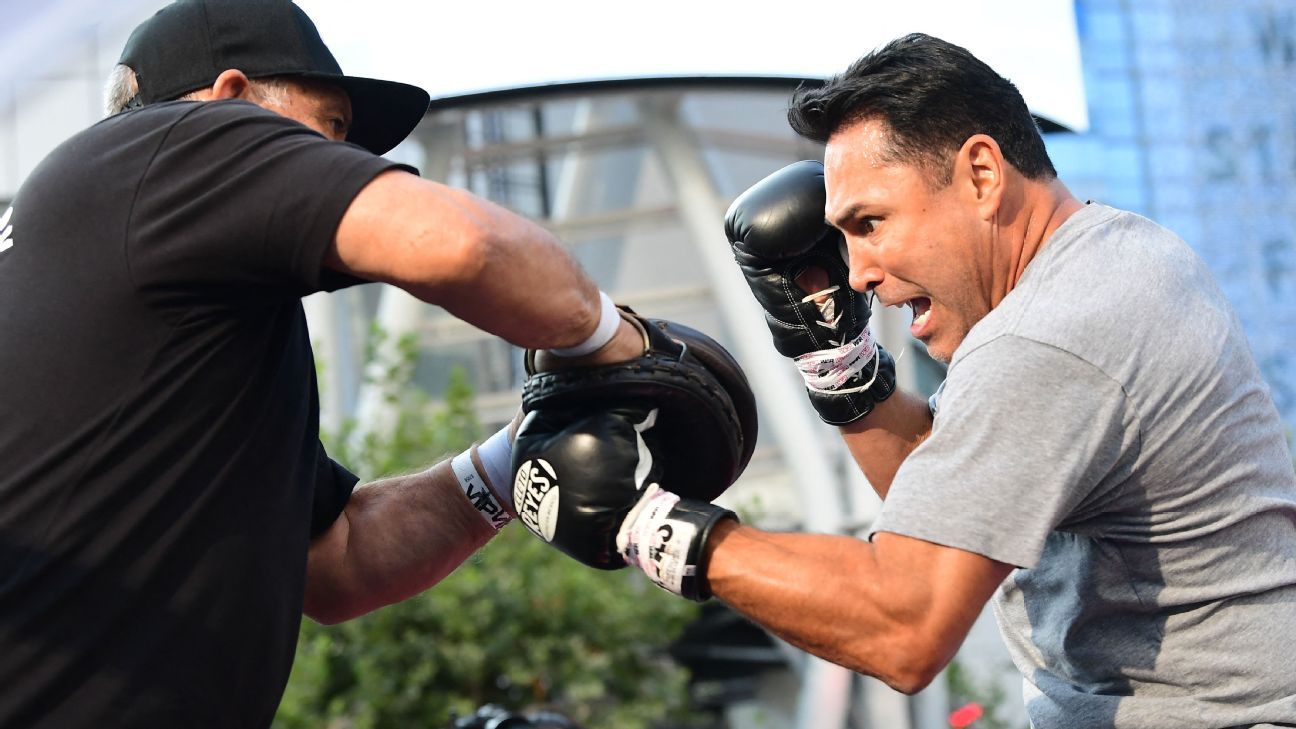 Oscar De La Hoya announced from a hospital bed that he has tested positive for COVID-19 and won’t be able to fight former UFC champion Vitor Belfort on Sept. 11 in a Triller Fight Club PPV.

The Hall of Fame boxer was set to compete for the first since a December 2008 TKO loss to Manny Pacquiao.

Triller’s Ryan Kavanaugh told ESPN that Evander Holyfield has agreed to terms to step in and fight Belfort. Holyfield is 58 and hasn’t fought since a 2011 TKO victory over Brian Nielsen.

“Heavyweight fights are always the most exciting clashes, and this is a heavyweight fight between two true warriors,” Kavanaugh said. “We really wish Oscar a speedy recovery, he’s a champion and a warrior; we know he’ll fight this and win. We look forward to seeing him in the ring on the anniversary of Fight Club’s launch.”

The entire undercard, including the David Haye-Joe Fournier exhibition bout, will move to Florida, Kavanaugh said.

Holyfield (44-10-2, 29 KOs) is one of the greatest heavyweight boxers of all time. He owns two wins over Mike Tyson and a victory over George Foreman. Known for his fighting spirit, the Atlanta resident is one of the most beloved fighters of all time. Holyfield signed to fight Kevin McBride on Triller Fight Club earlier this year but the bout was scrapped due to medical concerns regarding McBride. McBride, 48, was deemed a +6 on the Boxing Severity Index by the California State Athletic Commission, a high-risk boxer.

Belfort, 44, will be boxing for the second time in his career. His pro boxing debut came in 2006, a first-round KO in Brazil.

The Brazilian is a former UFC light heavyweight champion who owns a black belt in Brazilian Jiu-Jitsu under Carlson Gracie. Belfort also owns a black belt in judo. Known for his explosive power, he’s tied for the third-most finishes in UFC history with 14. Belfort’s third run with UFC ended in 2018, a KO loss to Lyoto Machida at UFC 224.