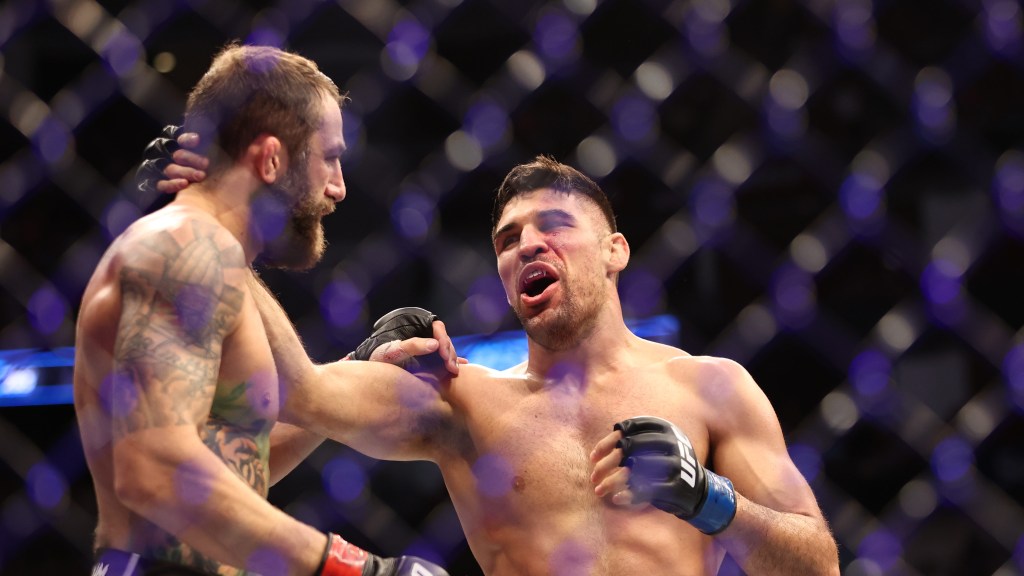 With another action-packed month of MMA in the books, MMA Junkie looks at the best submissions from August 2021: Here are the five nominees, listed in chronological order, and winner of MMA Junkie’s “Submission of the Month” award for August.

At the bottom of the post, let us know if we got it right by voting for your choice.

Penne handed Kowalkiewicz her fifth straight loss in strawweight competition with a first-round armbar finish. The fight spilled to the ground early, and from there Penne went to work. She advanced into position to lock up to the submission, twisting Kowalkiewicz’s arm and forcing the bout to be stopped.

After looking like he was on serious trouble in the ground early in the first round, Luque turned the tables on Chiesa. He locked in his signature D’Arce choke – which he has the most finishes with of any fighter in UFC history – and Chiesa was left with no choice but to tap or get put unconscious.

After a lackluster opening round, Kongo turned the tables on Kharitonov in the second stanza. He got his fatigued opponent to the mat late in the round, and locked in a rear-naked choke to force the tap with just one second remaining on the clock.

Alexandre Pantoja (24-5 MMA, 7-4 UFC) further firmed up his case for the next UFC flyweight title shot when he submitted Brandon Royval (12-6 MMA, 2-2 UFC) inside seven minutes.

After some mad scrambles on the mat, Pantoja managed to get Royval in a compromising position where he was vulnerable to the rear-naked choke. The Brazilian made the most of it, tightening the technique until the victory came and his hand was raised.

How about THAT 😳 @PantojaMMA locks in the sub early in RD 2. #UFCVegas34 pic.twitter.com/hv7Fcf4XbN

After he dropped Sabatini with a short uppercut, Emmers followed his opponent to the canvas and eventually worked for a toehold. In doing so, Emmers opened himself up for a heel hook from Sabatini – and the risk didn’t pay off because he was the one who was forced to tap out in agony. 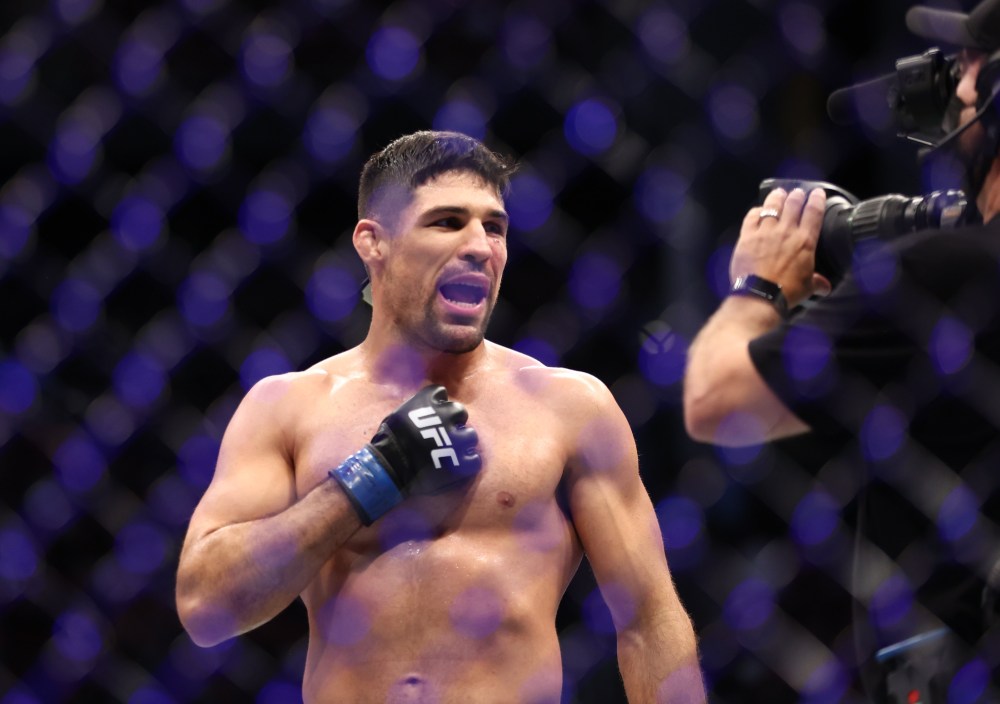 Just when Luque looked like he was in trouble, he wasn’t – and then he won.

In a pivotal welterweight contenders fight, Luque submitted Chiesa with a D’Arce choke at the 3:25 mark of Round 1.

After a couple exchanges on the feet, Chiesa shot for a takedown early in Round 1, which he got. From there, he quickly hopped to Luque’s back and worked for a rear-naked choke.

From there, the crafty grappling American went for a crank, but then switched to a choke. While Chiesa’s hands were locked, Luque wriggled away from the body lock and escaped. As Chiesa scrambled, Luque grabbed hold of his neck. Chiesa fell immediately into the D’Arce choke, one of Luque’s signature submissions. From there, Luque torqued and got the tap.

With the win, Luque extends his winning streak to four, which also includes stoppage victories over Niko Price, Randy Brown and former UFC welterweight champion Tyron Woodley. In his 11 most recent appearances, Luque has accumulated 10 victories.