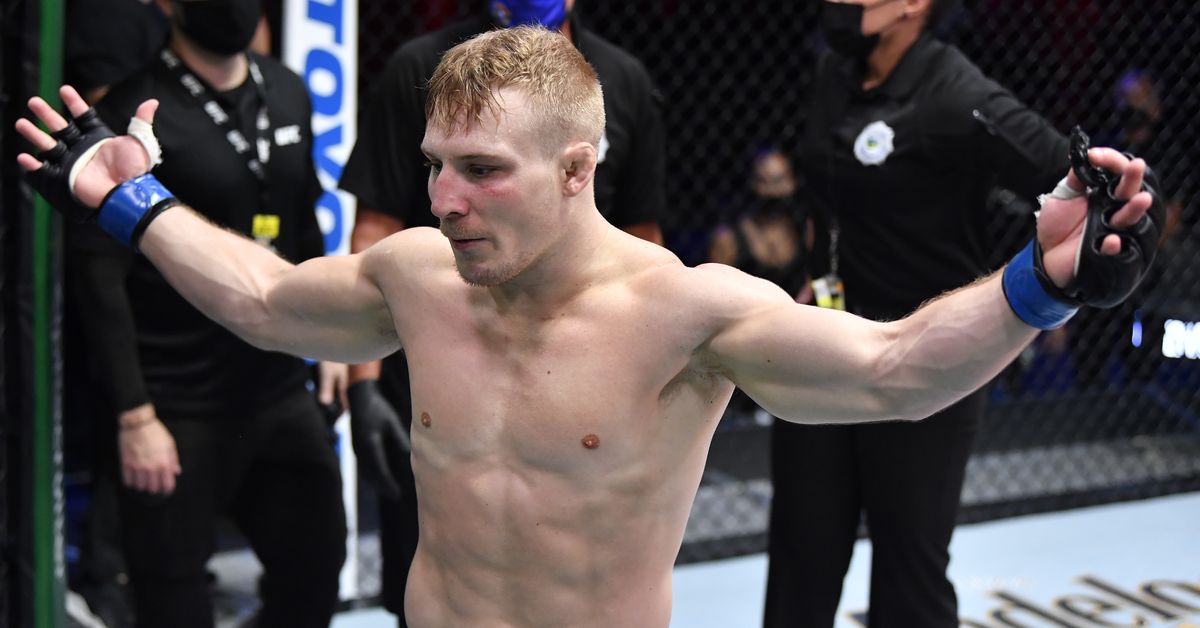 AJ Fletcher and Azamat Murzakanov both earned spectacular first-round finishes to pick up the obvious contracts awarded for the night.

While those were clear as day, White threw a few additional curveballs at the end of the festivities, including a first for contract winners.

In the 205-pound main event, Russia’s Murzakanov took on Brazil’s Matheus Scheffel. Both men were a little cautious in the first 90 seconds before the leather began to fly. Scheffel scored with kicks to the lead leg and body of Murzakanov, which was answered with a side kick to the chest. During an exchange, Murzakanov landed a clean and brutal right hand that floored Scheffel. After one more follow-up left, referee Herb Dean called a stop to the action and Murzakanov, who White would like to see drop to 185 in the future, became a UFC fighter.

Fletcher was a no-brainer selection to get a contract after kicking off the show, and the season as a whole, with a ferocious flying knee KO win over Leonardo Damiani in a welterweight matchup.

A featherweight matchup featuring Brazilian fighters Diego Lopes and Joanderson Brito served as the co-main event with Brito coming out super aggressive and landing a takedown. After Lopes nearly caught Brito in an armbar, the fight returned to the feet where both guys landed big shots, including a spinning elbow attempt from Lopes to end the round.

Both men continued a frenetic pace throughout the next round and change before Brito, who had already been warned about extended fingers earlier in the fight, poked Lopes in the eye causing a stop to the bout at just over 30 seconds of the third, which led to the judges’ scorecards. Referee Chris Tagnoni announced that Brito was deducted a point. However, Brito was awarded the victory with a trio of 29-28 scorecards via technical decision after a 10-10 scored final round for less than a minute of action and was awarded a contract.

In the second bout of the night, flyweights Victor Altamirano took on Carlos Candelario, who was making his second appearance on the show. After a close 15 minutes of action, Altamirano got the nod via split decision, although several members of the community — including White, along with color commentator and former UFC lightweight Paul Felder — did not agree with the two judges who scored it for Altamirano. White ended up giving contracts to both Altamirano and Candelario for their efforts.

New England’s Candelario, who competed on the first season of the Contender Series, became the first fighter in the show’s history to earn a contract despite suffering a loss.

Check out the full results for DWCS Season 5, Week 1 below: