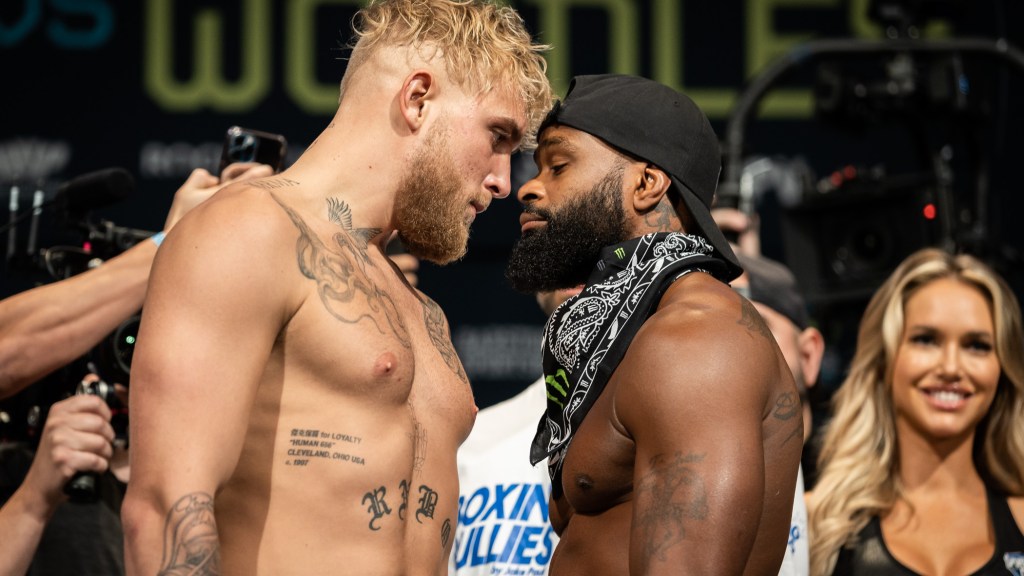 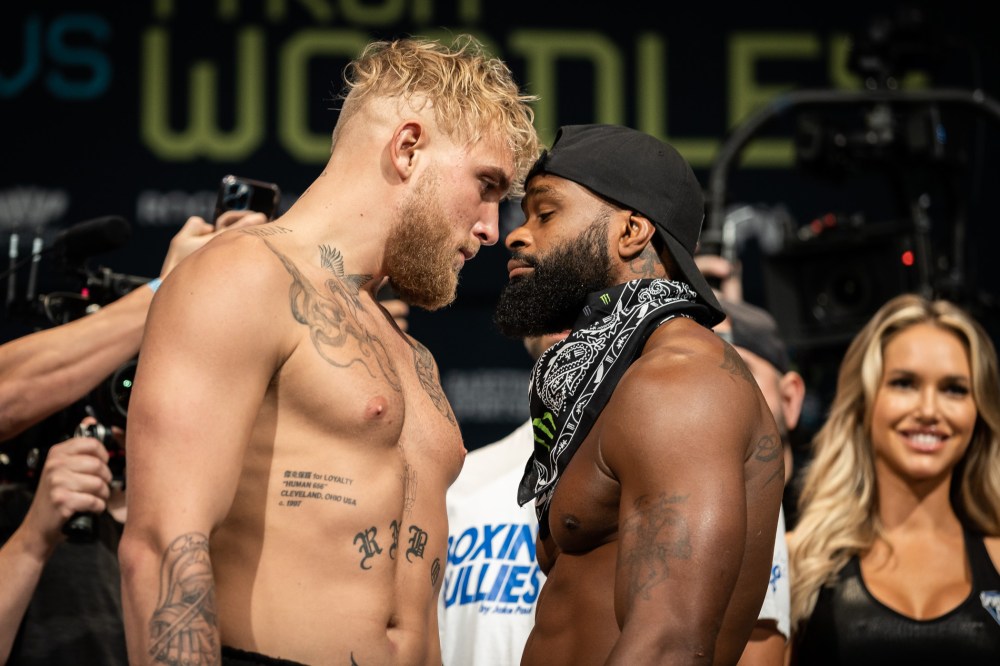 CLEVELAND – MMA Junkie is on the scene and reporting live from tonight’s Showtime boxing event.

The big attraction of the evening is the highly anticipated boxing match between YouTube star Jake Paul and former UFC welterweight champion Tyron Woodley, who is making his boxing debut. Also on the pay-per-view main card, which kicks off at 8 p.m. ET, will be MMA veteran Anthony Taylor vs. Tommy Fury, who is the younger half-brother of heavyweight boxing champion Tyson Fury.

Keep it locked here for fight results as they happen, as well as live behind-the-scenes updates from Rocket Mortgage FieldHouse, beginning at 7 p.m. ET.

Views from inside the arena

5:18 p.m. ET – Just entered Rocket Mortgage FieldHouse. Fight night is upon us. Got a close look at the ring, as well as a shot from my view on press row.

The time for #PaulWoodley is drawing near. Here’s a close up look at the ring as well as my view from press row.

Coverage all night on @MMAjunkie. pic.twitter.com/8ga450Zm8N

5:52 p.m. ET – If you’re looking to kill some time before the fights begin, check out some of my fight week content from on the ground here in Cleveland. I previewed Paul vs. Woodley with Morning Kombat’s Luke Thomas, and also spoke with Bellator featherweight champion A.J. McKee. Check them out!

A correction on drug testing

6:20 p.m. ET – After my initial report there would be NO fight night drug testing for Jake Paul vs. Tyron Woodley, the Ohio State Athletic Commission has changed its plans and will now screen both men for banned substances, according to a report from ESPN’s Mike Coppinger.

Source: @jakepaul and @TWooodley will be tested for PEDs by the Ohio commission following the fight tonight. Initially, there was an issue with the number of test kits available. That’s been rectified. @MikeBohnMMA reported there wouldn’t be testing, which was correct at the time

6:45 p.m. ET – Spoke to Showtime president Stephen Espinoza before the start of the event and he claims it’s going to be a near sellout of roughly 15,000 inside the venue and thinks the event could trend toward or over 1 million buys.

Check out the details for the referee and judging assignments for the six-fight card.

Here’s the list of referee and judging assignments for #PaulWoodley tonight.

George Nichols is the third man in the ring for Paul vs. Woodley while Jaime Garayua, Phil Rogers and Dana DePaolo are the three judges. pic.twitter.com/nmKmvbvazS

Anthony Taylor continues to be a character

7:15 p.m. ET – Anthony Taylor is out on the arena floor, arming up and taking pictures with fans less than an hour after his fight with Tommy Fury is meant to begin.

According to Taylor, there’s been a last minute change with his ring walk, and he’s not pleased about it.

Anthony Taylor is on the arena floor shortly before his fight taking pictures with fans and says Showtime is pulling shenanigans with his ring entrance. 🤨 #PaulWoodley pic.twitter.com/ee4YD4PkGV

7:20 p.m. ET – Charles Conwell utterly dominated his opponent Juan Carlos Rubio in their untelevised undercard bout. He scored a big knockdown in the second round, then finished the job with a standing TKO at the 2:49 mark of Round 3.

Not the greatest fight. Fury tried to punch from distance and Taylor tried to push inside and work the body – with the MMA veteran even looking for what looked like a takedown attempt. Fury’s cardio fizzled toward the end, but he was never in danger over the course of the contest. The fans didn’t like it, and they booed plenty down the stretch.