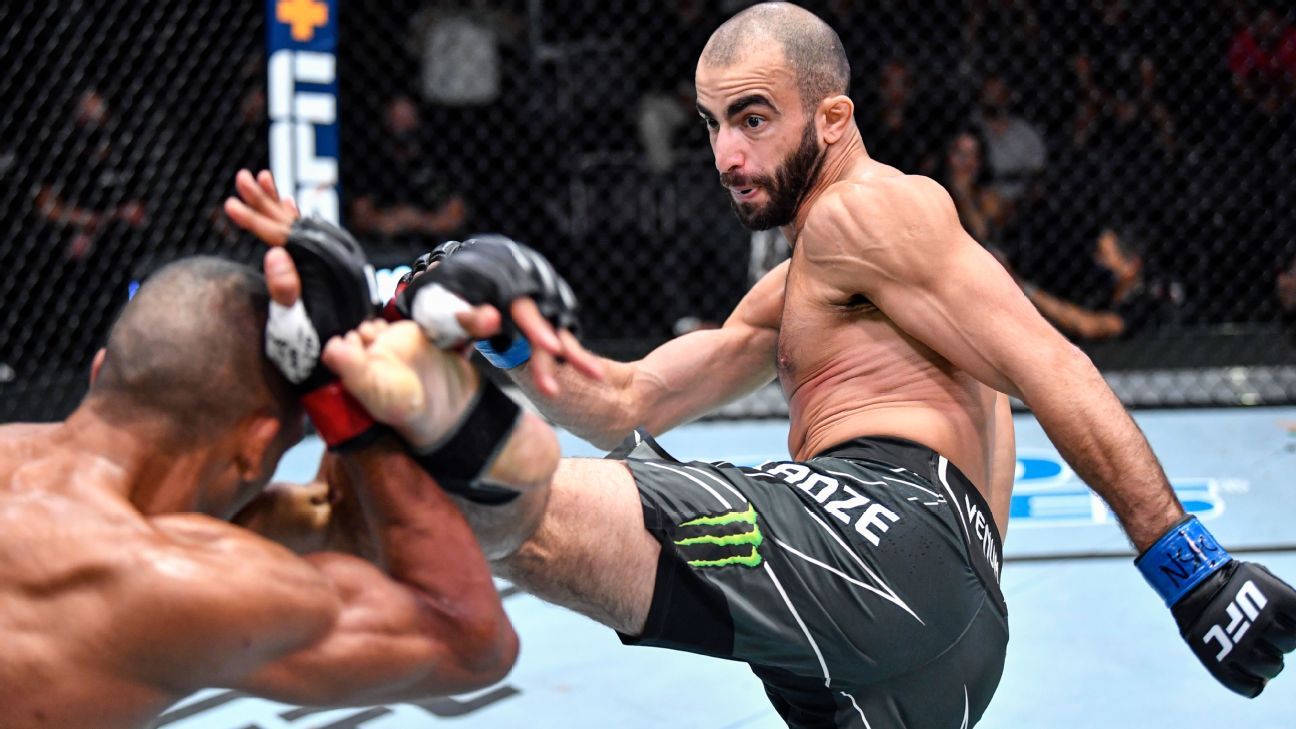 LAS VEGAS — Giga Chikadze has declared himself the No. 1 striker in the UFC. The man might have a case.

Chikadze (14-2) improved his UFC record to 7-0 on Saturday, as he knocked out Edson Barboza with strikes at 1 minute, 44 seconds of the third round. The featherweight contest headlined UFC Fight Night inside the Apex.

The finish came after Chikadze, who represents the country of Georgia, hurt Barboza with a step-in knee to the midsection. Barboza retreated from the shot, and Chikadze immediately pounced on the opportunity. He landed one right hand after another to Barboza’s head. The Brazilian never fully recovered from that initial shot.

After briefly threatening with a submission on the ground — after Barboza fell over from the strikes — Chikadze continued to hurt Barboza on the feet until referee Jason Herzog stepped in.

Barboza, 35, protested the stoppage, but he was badly off-balance and struggling to defend himself.

It’s a massive win for Chikadze, a former professional kickboxer who signed with the UFC in 2019. Going into Saturday, Barboza was the higher-ranked of the two and was on an impressive run of back-to-back wins against Makwan Amirkhani and Shane Burgos.

After the bout, Chikadze called for either a title shot or a matchup against former featherweight champion Max Holloway, who is currently recovering from an injury and does not have a fight officially scheduled.

Chikadze, who fights out of Kings MMA in Southern California, has not lost since he came up short as a contestant on Dana White’s Contender Series in June 2018.