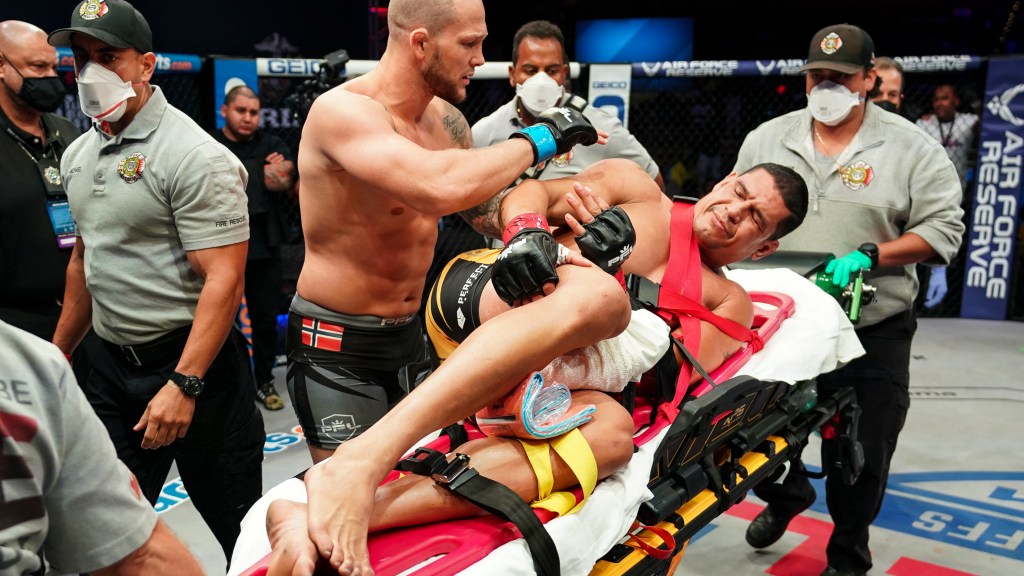 One half of the 2021 PFL Playoffs light heavyweight bracket concluded in unfortunate fashion Friday.

Following a one-hour delay due to the ESPN broadcast of a high school football game, the 2021 PFL Playoffs 3 main card kicked off with UFC alum Cezar Ferreira against rising Norwegian Marthin Hamlet.

On the first kick he threw, Ferreira (14-10) clutched the back of his other leg, and crumpled to the canvas. Injured and on his back, Ferreira covered up as best he could but the fight was waved off by the referee.

A mix of disappointment and excitement, a confused Hamlet (8-2) celebrated with his team before he expressed his lack of pride in the method of his victory.

Shortly after the result was announced in the cage, PFL fighter Chris Camozzi accused Ferreira of a dive. Camozzi competed in a prelim showcase matchup earlier on the card when he defeated Cory Hendricks.

“Huh,” Camozzi wrote in a tweet. “That’s a dive by Cezar. I saw him at the weigh-ins, black and purple leg. My coaches saw it too. He showed up for a show paycheck @PFLMMA can’t believe they cleared him to fight.”

Camozzi did not elaborate further.
Regardless of how it played out, Hamlet will move on to compete in the 2021 PFL Playoffs final this October – and if he wins against the winner of Antonio Carlos Junior vs. Emiliano Sordi, will walk home with $1 million. 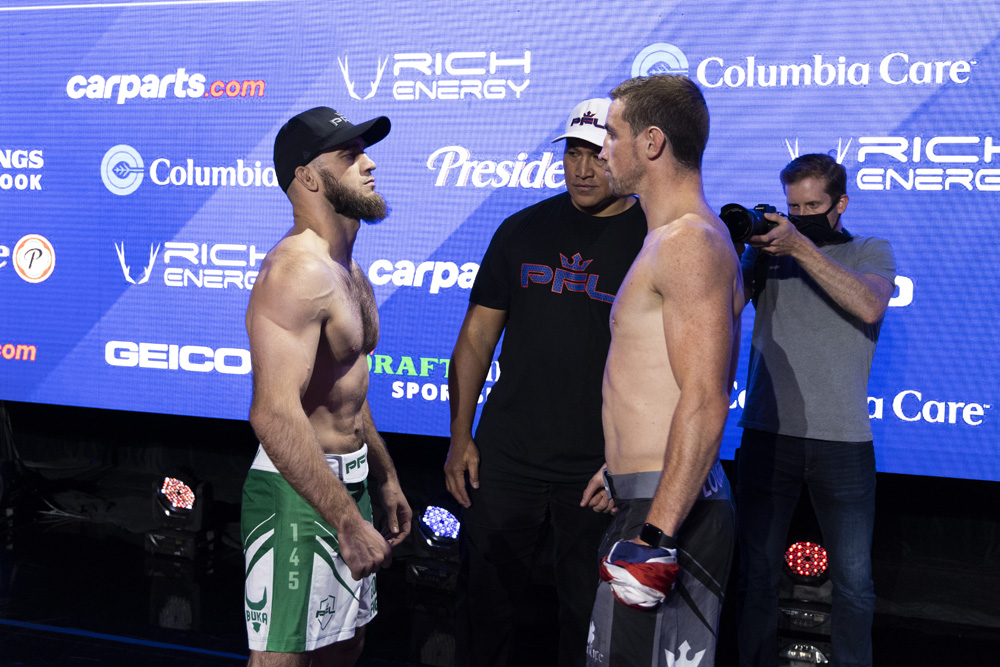