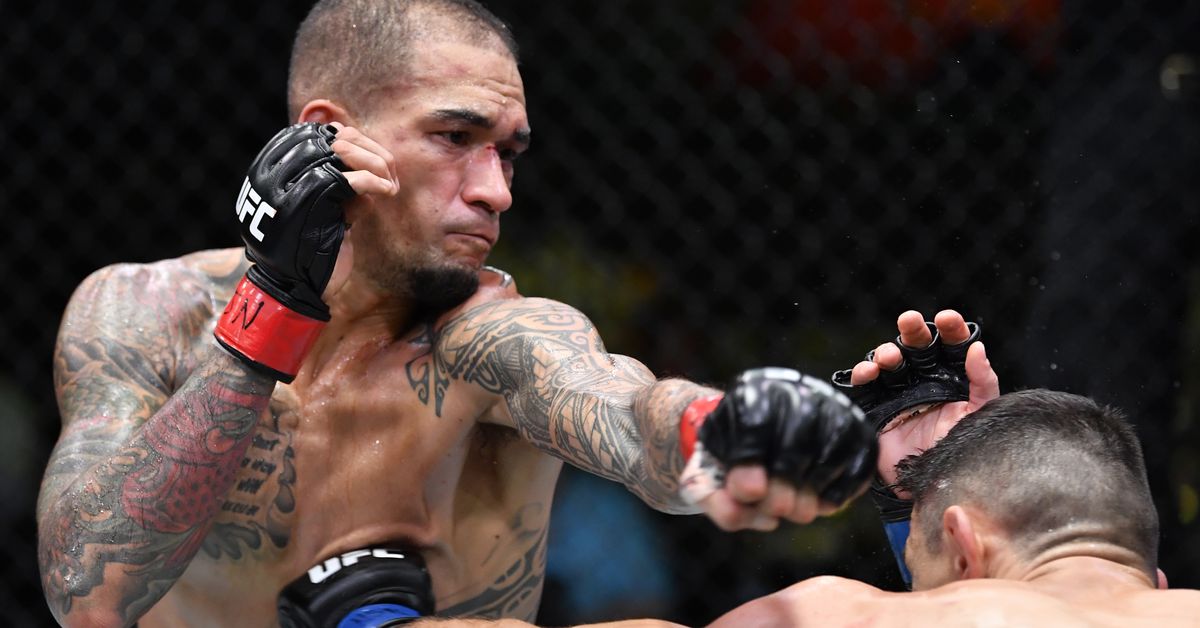 Wait a second, weren’t we done with the whole “fighters getting popped for weed” drama? At least in Las Vegas, where the Nevada State Athletic Commission (NSAC) declared marijuana “not a performance-enhancing drug” back in July, it was assumed that we were passed this archaic issue.

Unfortunately, timing is everything. NSAC Executive Director Bob Bennett announced the change on July 7, which was just a few days too late for the athletes competing at UFC Vegas 30. That card was held on June 26, and as a result, both Yancy Medeiros and Justin Jaynes have been fined and suspended for marijuana usage (h/t MMAJunkie).

Both men were issued four-and-a-half month suspensions, leaving them eligible to compete again on November 9. Financially, Medeiros was fined $2,690.72, while Jaynes suffered a $1,245.36 hit to his bank account.

It’s especially unfortunate given that each man was cut following his loss that night at UFC Vegas 30. Medeiros joined the UFC roster years ago from the Strikeforce merger, even scoring a main event slot at one point vs. Donald Cerrone. However, four consecutive losses saw him released.

The situation grows sadder for Jaynes. “Guitar Hero” debuted with an electric knockout win on short-notice, but he also suffered four defeats in a row immediately afterward. Worse yet, Jaynes gambled his entire fight purse on his final UFC bout vs. Charles Rosa, only to lose via split-decision.

That $1200 fine has to sting especially bad right about now.

The UFC leash is short.

Zviad Lazishvili, who signed with the UFC days ago to fight Jack Shore on short notice at UFC Vegas 36 on Sept. 4, has suffered an injury and was released by the UFC, multiple sources told me. @BigMarcel24 reports that Shore will now fight Liudvik Sholinian on Sept. 4.

A great still photo from a great fight!

Mike Perry is back to posting random sparring clips — a Midnight Mania staple.

A pretty decent match up at Women’s Flyweight:

You cannot allow a man that big to kick you in the leg without shin guards. Ouch!

Do not trade hooks with Rodtang.

Advice for those who don’t want their limbs cranked: make your tap very clear or else be prepared for the consequences!

I’m not saying anything is right or wrong, but best be wary before getting in someone’s face.

Midnight Music: It doesn’t get much more fun than The B-52s.