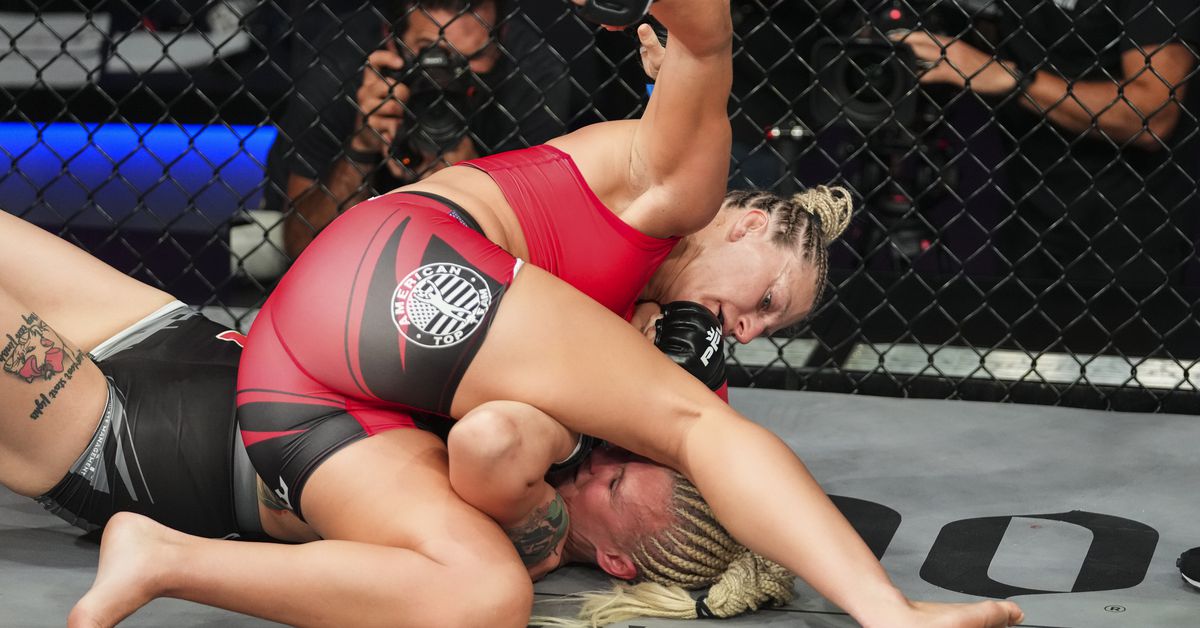 Kayla Harrison is just one win away from becoming one of the most sought-after free agents in the fight game — and already oddsmakers are starting to looking ahead.

For readers unfamiliar with betting lines, that means a $100 bet on Harrison to defeat Nunes would cash out at $245 if Harrison signed with the UFC and upset Nunes.

Harrison, 31, is a two-time Olympic gold medalist in judo. She is also a perfect 11-0 in her MMA career with nine wins via stoppage and the No. 11-ranked woman in the sport, according to MMA Fighting’s pound-for-pound rankings. After capturing the PFL women’s lightweight crown in 2019 — along with its $1 million grand prize — for her victorious run through the promotion’s season two tournament, Harrison is the heavy favorite to repeat the feat in her next fight against Taylor Guardado in PFL’s upcoming season three finals.

The fight represents the last bout on Harrison’s current PFL contract — and Harrison has expressed a willingness to explore her options in the open market.

“They reached out to [my manager] Ali [Abdelaziz] and said that they wanted to start negotiations, and then I said OK,” Harrison said recently on MMA Fighting’s The MMA Hour. “And then they asked me today not to talk about free agency, just focus on the fight, and I said, ‘Well, OK. But send me an offer or we all know what’s going to happen.’

“It’s not in my hands. My job is to fight. That’s it. I know that if I fight well, do my job, go out and instill my will, that good things will happen, wherever they may be.”

Check out odds (updated as of Aug. 24) for Harrison’s potential next steps below.

If Kayla Harrison wins her next fight, what should she do?