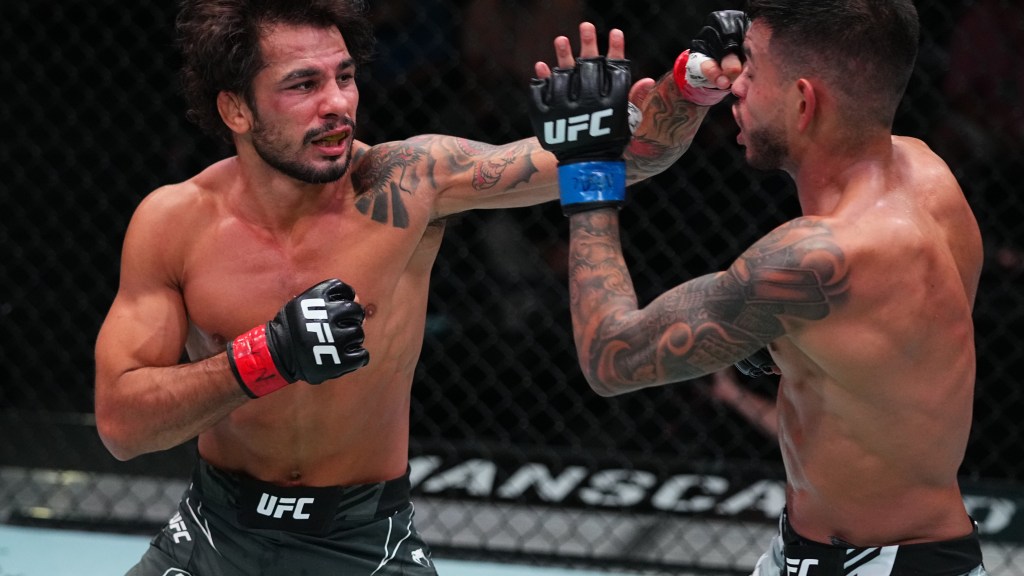 The UFC returned from a one-week hiatus on Saturday with UFC on ESPN 29, which took place at the UFC Apex in Las Vegas.

The 12-fight lineup closed out with a matchup of middleweight contenders. Jared Cannonier (14-5 MMA, 7-5 UFC) returned to action after an injury-imposed layoff to outwork Kelvin Gastelum (16-8 MMA, 11-8 UFC) for a unanimous decision win in the main event.

For more on the numbers behind the headliner, as well as the rest of the card, check below for 35 post-event facts to come out of UFC on ESPN 29. 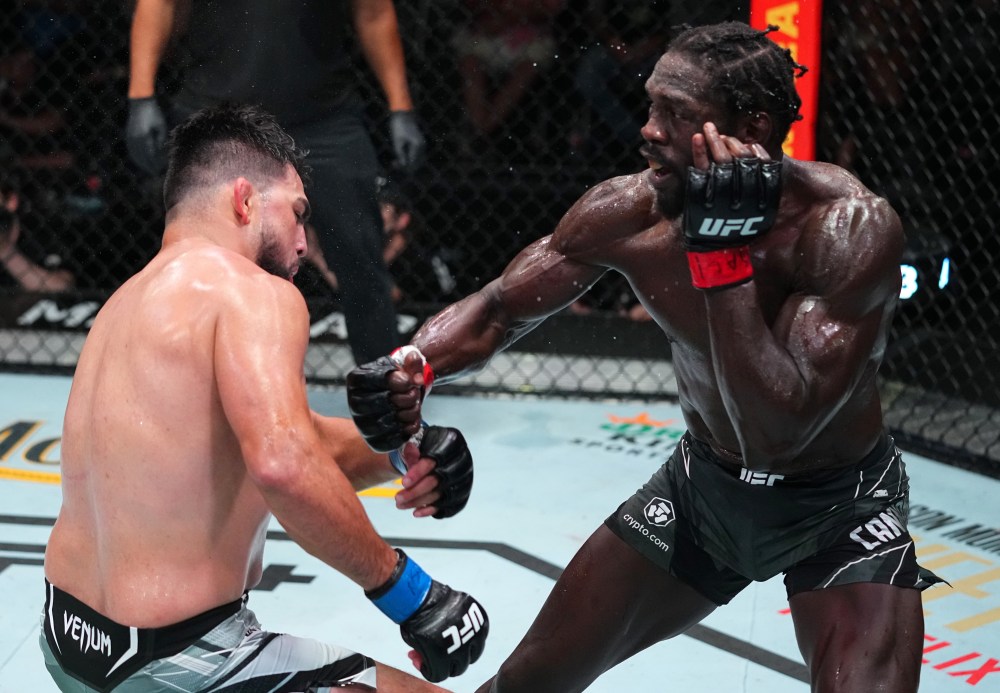 Cannonier improved to 4-1 since he dropped to the UFC middleweight division in November 2018.

Gastelum fell to 1-4 with one no contest in UFC main events.

Gastelum fell to 1-5 in his past six UFC appearances dating back to April 2019.

Gastelum fell to 5-6 with one no contest since he returned to the UFC middleweight division in December 2016.

Gastelum has suffered six of his eight career losses by decision. 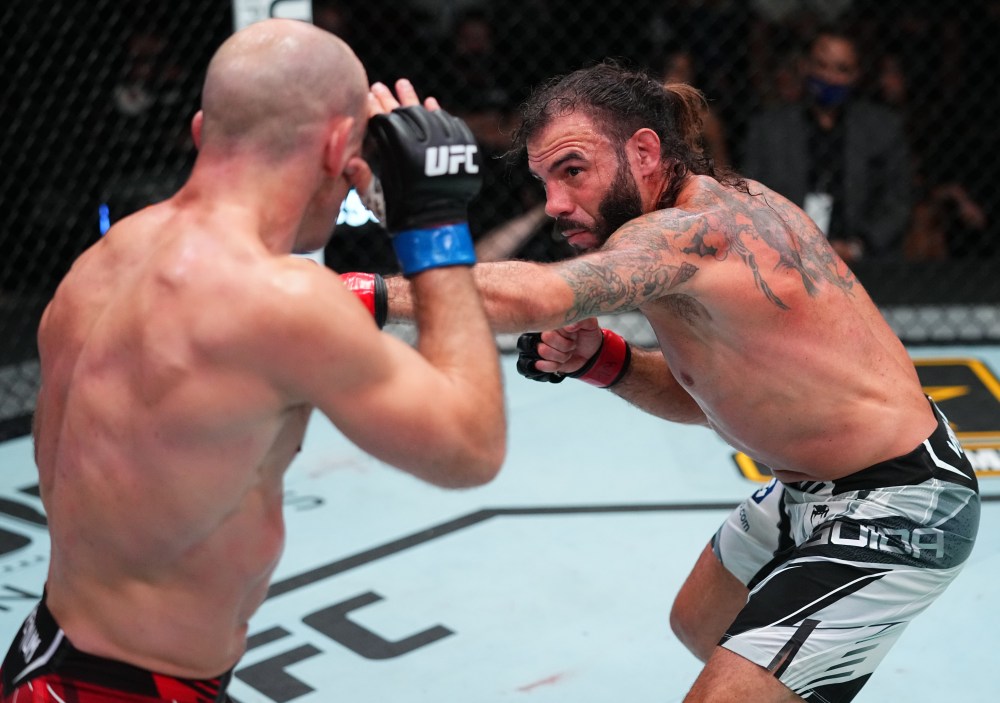 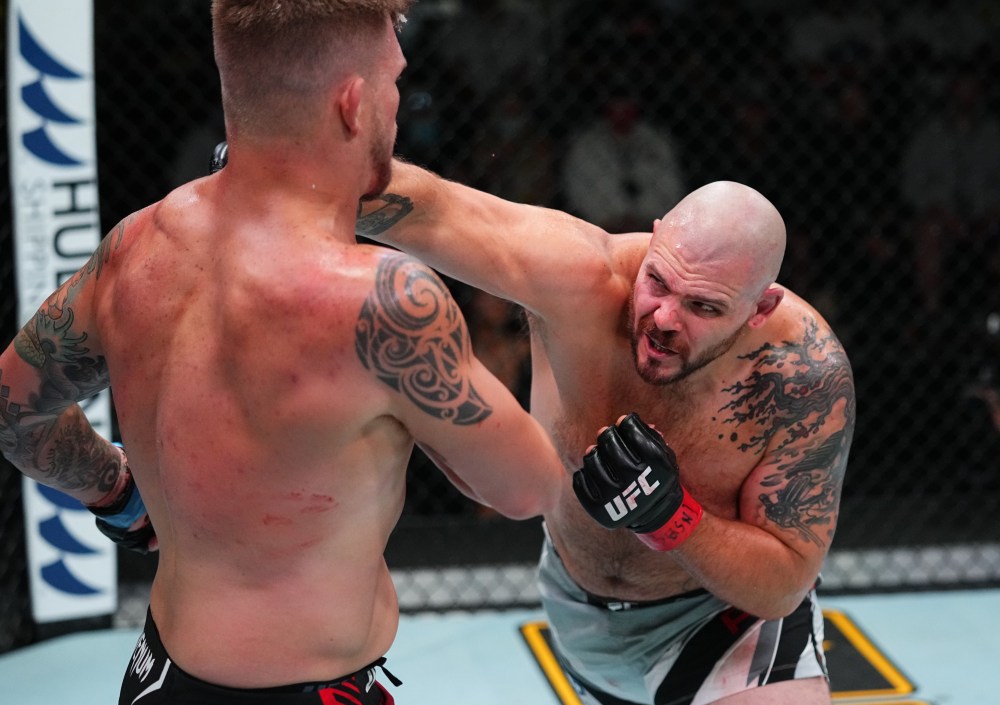 Sherman has suffered all four of his career decision losses under the UFC banner. 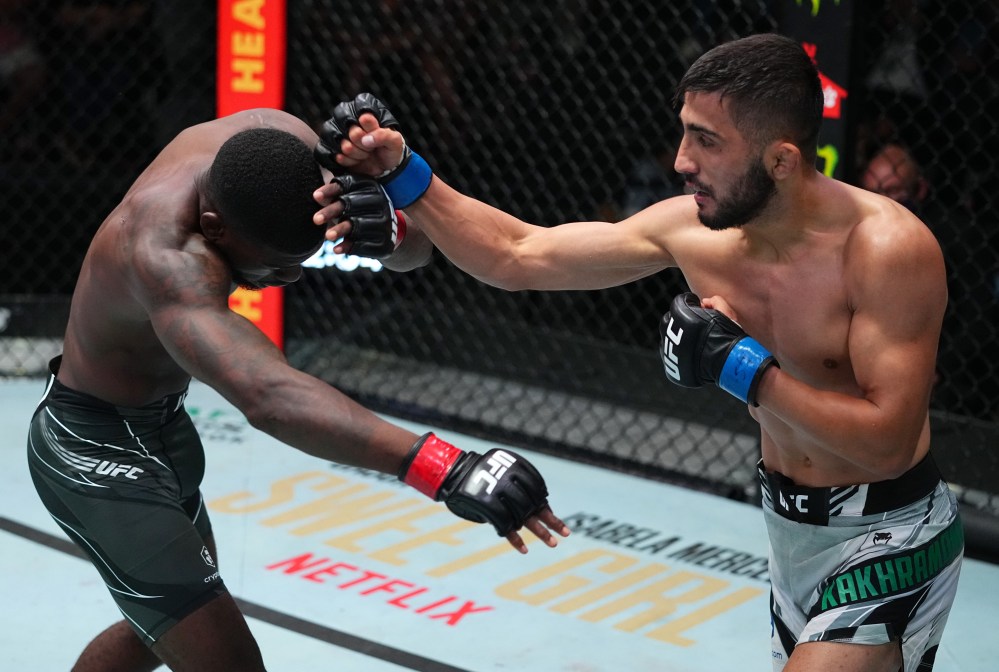 Trevin Jones (13-7 MMA, 1-1 UFC) has suffered both of his career stoppage losses by submission. 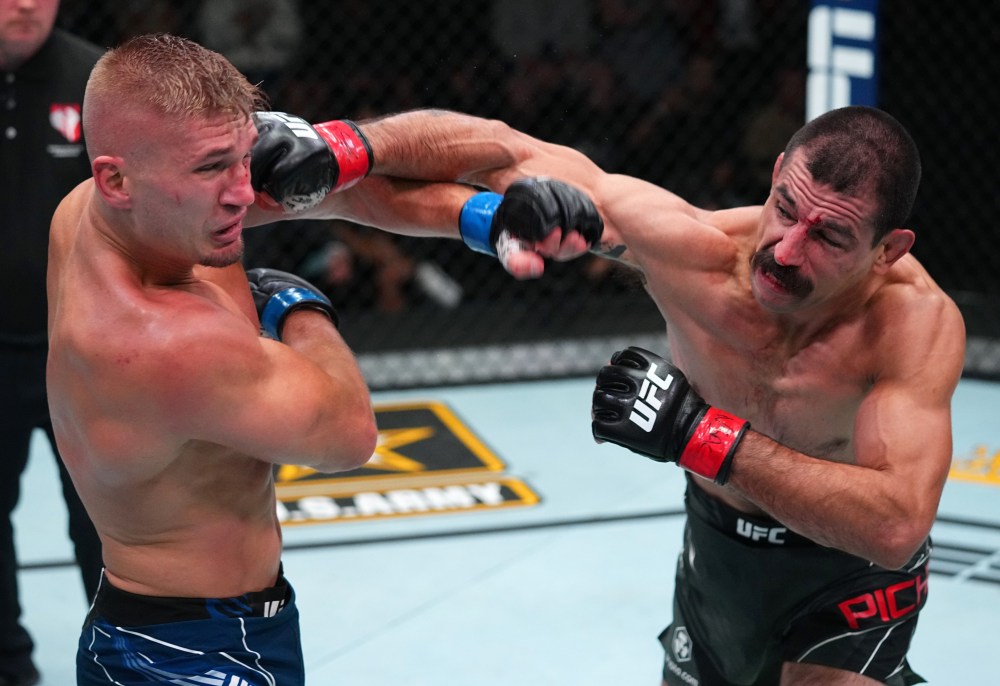 Pichel has earned six of his seven UFC victories by decision.

Austin Hubbard (13-6 MMA, 3-4 UFC) has alternated wins and losses over his past eight fights.

Hubbard has suffered four of his six career losses by decision. 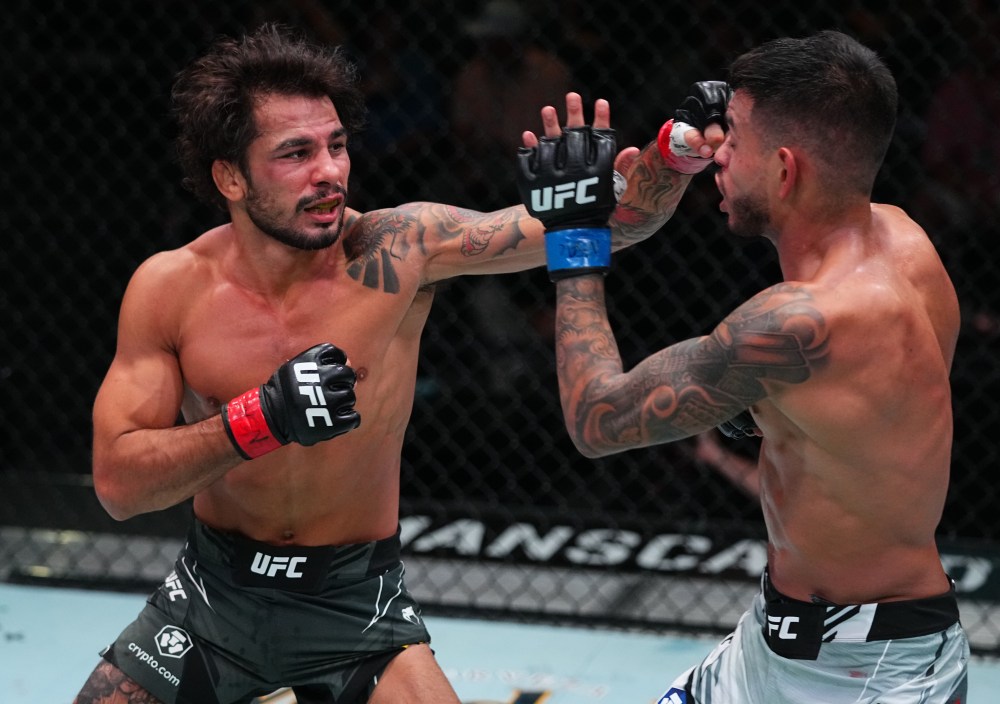 Pantoja’s three submission victories in UFC flyweight competition are tied for second most in divisional history behind Johnson (five).

Pantoja’s three fight-night bonuses for UFC flyweight bouts are tied for third most in divisional history behind Johnson (nine) and Benavidez (four). 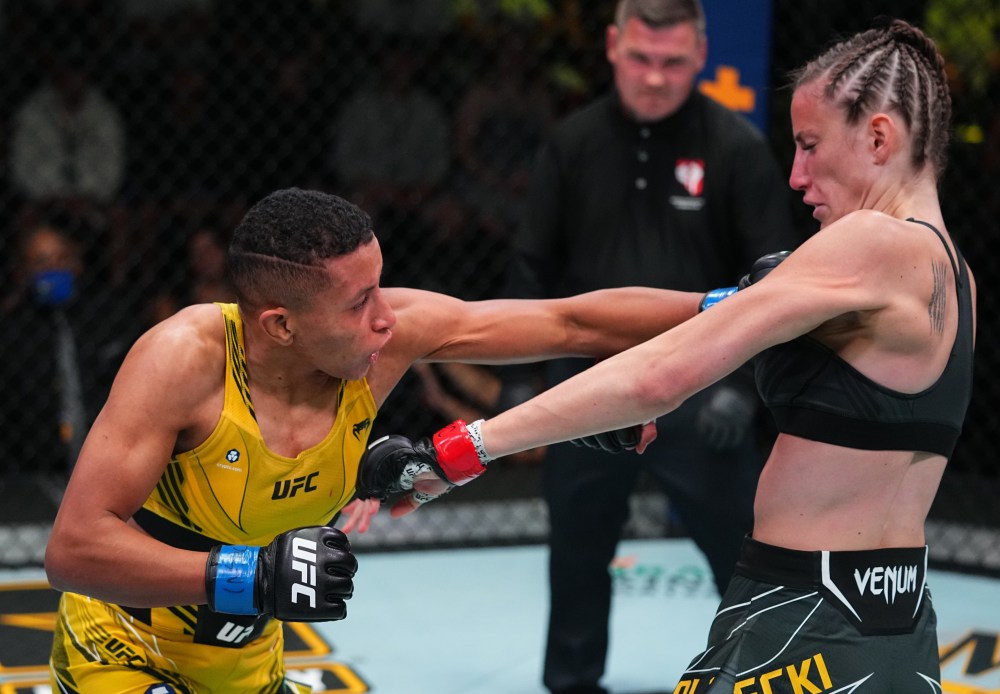 Nunes (8-1 MMA, 1-0 UFC) has earned seven of her eight career victories by stoppage. She’s finished all of those wins by knockout.

Bea Malecki (4-1 MMA, 2-1 UFC) had her four-fight winning streak snapped for the first defeat of her career. 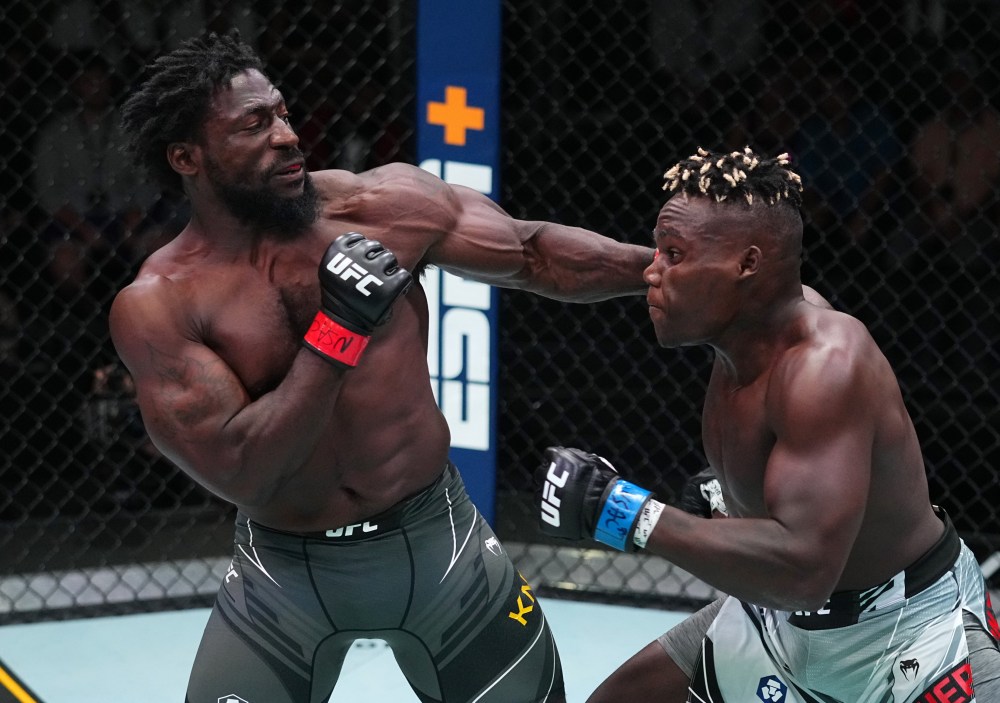 Knight (10-2 MMA, 2-1 UFC) has earned nine of his 10 career victories by stoppage. He’s finished all of those wins by knockout.

Fabio Cherant (7-3 MMA, 0-2 UFC) has suffered all three of his career losses by stoppage. 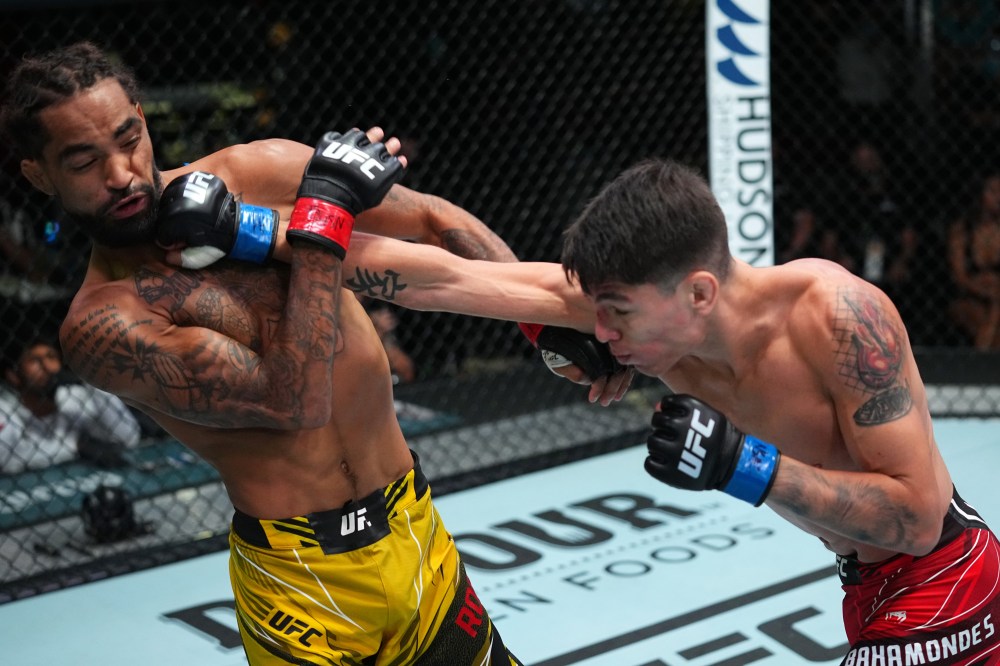 Bahamondes (12-4 MMA, 1-1 UFC) has earned all nine of his career stoppage victories by knockout.

Roberts suffered the first knockout loss of his career. 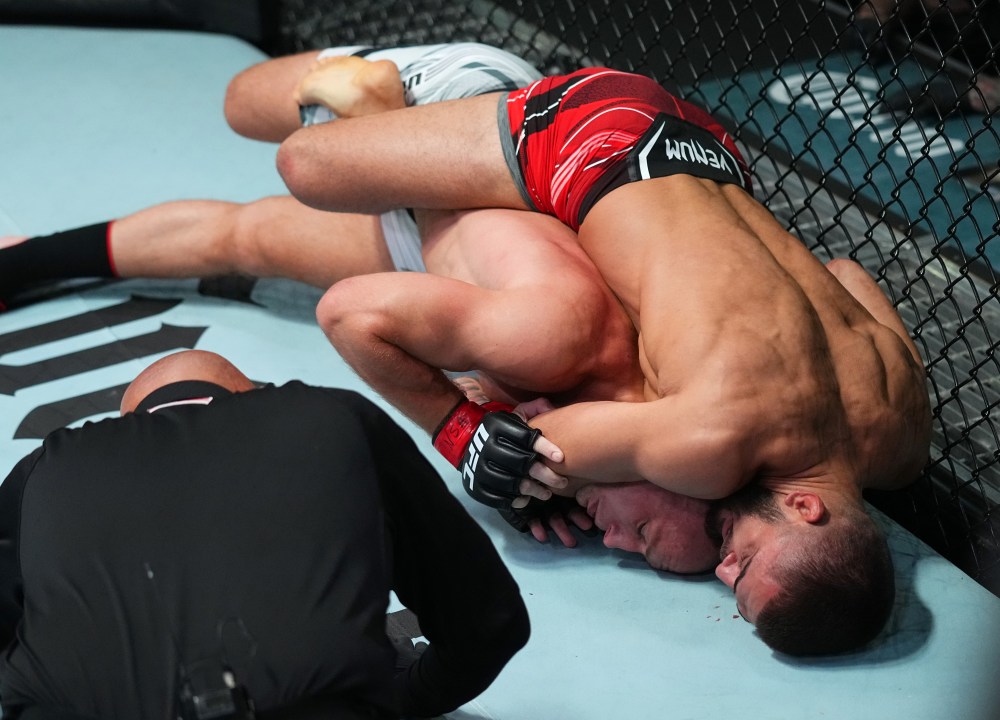 Ramiz Brahimaj (9-3 MMA, 1-1 UFC) has earned all nine of his career victories by submission. He’s finished eight of those wins in Round 1.

Sasha Palatnikov (6-4 MMA, 1-2 UFC) has suffered all four of his career losses by stoppage.