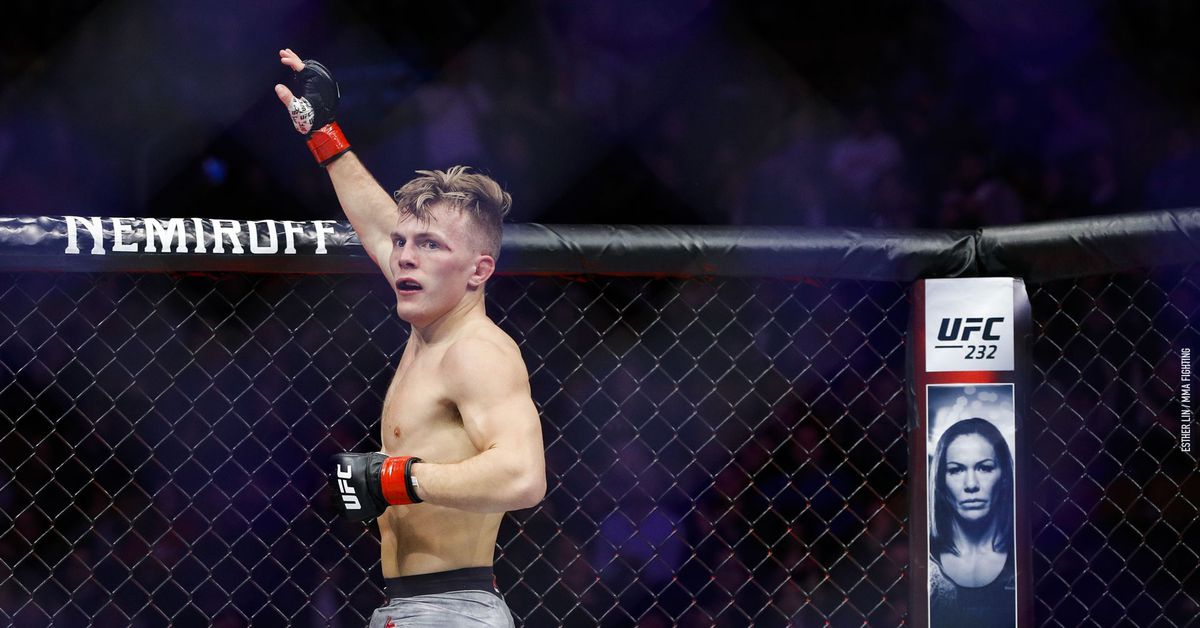 Brad Katona has found his way to title contention. He just had to travel to the other side of the world to get there.

It wasn’t long ago that the Canadian was a fresh face coming off of winning The Ultimate Fighter 27 featherweight tournament in 2018. During the season, Katona took out a pair of names who are currently making waves in in their respective divisions, bantamweight prospect Kyler Phillips and featherweight contender Bryce Mitchell (No. 14 in MMA Fighting’s Global Rankings). At 7-0 with a TUF championship on his mantle, Katona was poised to be a major player at 135 pounds for years to come.

However, after winning just one of his next three fights following his TUF triumph, he was out of the UFC by 2019. Katona’s losses came to Merab Dvalishvili (the No. 11 bantamweight in the Global Rankings) and Hunter Azure, but strength of competition apparently meant little compared to the end result. Just like that, his time in the UFC was up.

Ahead of his fight with Bair Shtepin at Brave CF 53 this Saturday in Almaty, Kazakhstan (which airs at 9 a.m. ET on Brave CF TV), Katona looked back at his release and wondered if he was just a victim of the numbers game.

“I remember it was a Tuesday,” Katona said. “It was a pretty bad Tuesday (laughs). Looking back on it, it just is disappointing, like I know the guys I’ve beaten, but maybe that was discounted at the time or they just needed to let go of this many fighters. There was a couple of cuts and I think I was further down the cutting line, if you will, but it is what it is. I don’t think it was just, coming off of what I think I’ve done, especially looking at the guys I had fought leading up to that. You’re looking at Kyler Phillips, he’s in the top-15, I beat him in the house. Bryce Mitchell, who I believe is in the top-15 at featherweight and once again I stopped him in the house.

“I lost to Merab Dvalishvili, he’s a top-10 bantamweight, potentially top-5 soon. Then the Hunter fight, which I have mixed feelings about, even the decision and everything when you look at the stats, but that’s so far gone that we can kick and scream about the decision or anything there. I’m just going, ‘Look at the guys I fought. Look how I performed,’ and for whatever reason that was discounted.”

There would be no rebuilding his resume in the UFC for Katona, who at 29 is still working to make his mark. A win over the previously undefeated Borislav Nikolic at Brave CF 50 got Katona back on track, especially after nearly 20 months on the shelf due to an inability to find willing opponents to face him and the COVID-19 pandemic making life difficult for everyone.

Katona was supposed to fight for a title in Germany’s ELITE MMA Championship last October, but COVID-19 precautions led to the event’s cancellation. He’d have to wait six more months before getting to fight Nikolic and earn his first win since 2018.

“It’s great to get an opponent of that caliber, but quite frankly no one else was taking the fight so I knew it was gonna be a challenge,” Katona said. “We knew coming out of the UFC, it was going to be one of two things: you’ve got a target on your back and everyone thinks you’re a weak link and a big name to kind of build your career off of, get the spotlight onto you, or it was going to be everyone turning us down. Unfortunately, 2020 was filled with a lot of nos, a lot of uncertainty.”

“My big thing is to prove I’m one of the best in the world and eventually the best in the world, so that’s kind of the march I’m on right now,” Katona continued. “Bair’s just another name in that line. I could list all the guys who said no for this date. Bair said yes, I’m very excited about that, and to continue on the trajectory from here.”

Asked if the UFC could do more to help faltering fighters build their reputation back up, Katona said that a stronger regional scene is more important to provide options for both up-and-coming fighters and those looking to rehabilitate their careers.

“What I think the solution is there being a better regional scene and we’re seeing that with the IMAAFs, with amateurs coming up and hopefully we’re going to have more support in all the countries worldwide,” Katona said. “If we have a better regional scene, I think that would be better for the sport. I know specifically speaking about Canada it’s quite thin especially during COVID now and no one’s really taking the reins on that. So there are solutions, it’s not for the big promotions, I don’t know.

Currently training with his longtime team SBG Ireland in Dublin, the Winnipeg native has thought about returning to North America to compete for one of the major promotions there, but is currently focused on capturing the vacant Brave CF bantamweight title.

Standing in his way right now is Shtepin, and possibly the man who defeated Shtepin at Brave CF 50, Alexander Keshtov. No assurances have been made by officials regarding a title opportunity, which just means that Katona will have to make a statement for them.

“If I go over there and put on a performance that I’m capable of, which me at my highest level should be spectacular, hopefully get a finish,” Katona said. “I think it’s almost undeniable at that point. I stopped an 8-0 guy, and beating Bair who I think is one of the top bantamweights in the division, and there’s plenty more who turned me down for this date, I think it’s undeniable.”