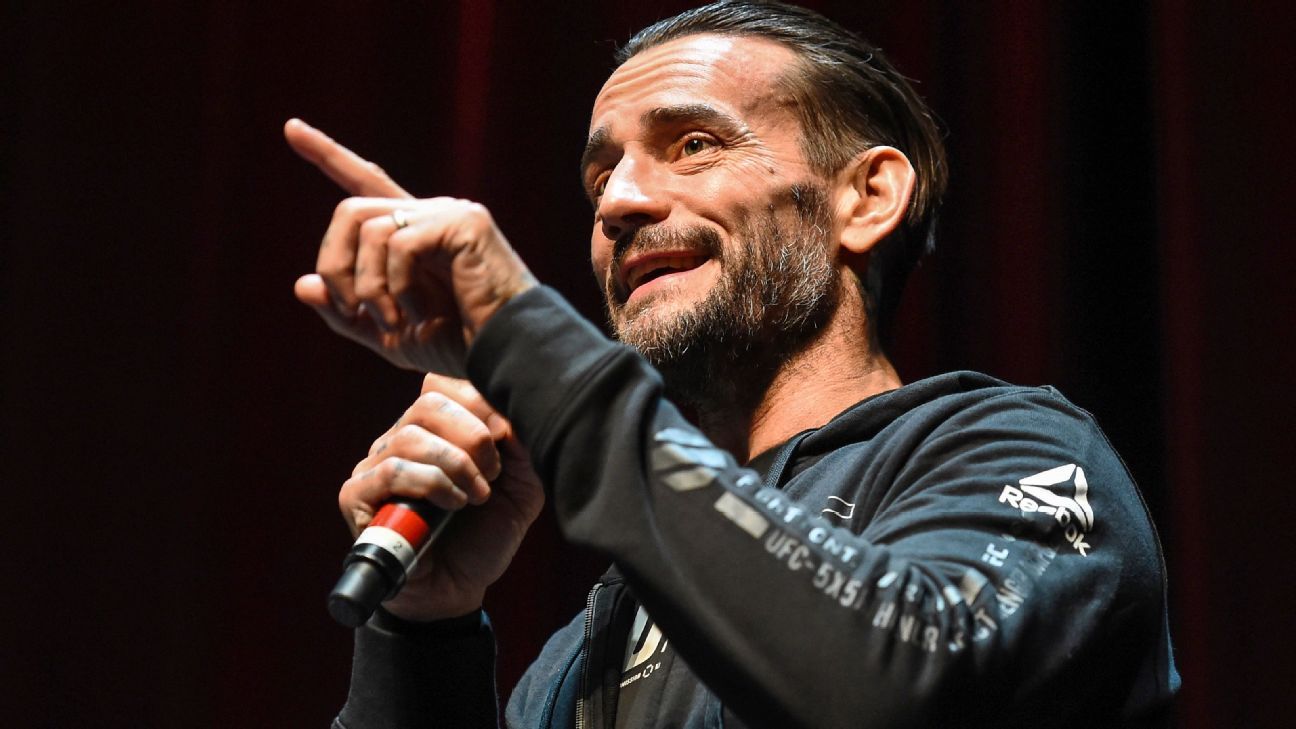 CM Punk is back in professional wrestling. But not with WWE.

After seven years away from the ring, Punk returned Friday night with All Elite Wrestling (AEW), appearing on its television show “Rampage” in his hometown of Chicago. The promotion announced Punk, one of the most popular stars in pro wrestling through the 2010s, signed with AEW on social media.

Punk will wrestle Darby Allin in his first match back at AEW “All Out,” a pay-per-view event, on Sept. 5 in Chicago, the promotion said.

AEW never announced Punk, whose real name is Phil Brooks, would appear on the show but teased it on several occasions. The rumors and reports led to AEW, an upstart promotion started in 2019, selling out United Center for its biggest live attendance ever.

Punk was released by WWE in 2014 after a dispute with the company that led to WWE’s doctor, Christopher Amann, suing him for defamation. Punk won the lawsuit. For years, WWE fans at events would chant “CM Punk!” if they did not like the product the promotion was putting in front of them.

After leaving pro wrestling, Punk embarked on an MMA career, training at Roufusport in Milwaukee with former UFC lightweight champion Anthony Pettis and Paul Felder. The UFC signed Punk in late 2014, but he didn’t make his debut until 2016, a first-round submission loss to Mickey Gall at UFC 203.

In his second fight, Punk lost by unanimous decision to Michael Jackson at UFC 225 in June 2018. That bout was later overturned to a no-contest because Jackson tested positive for marijuana.

Due to his popularity, Punk moved the pay-per-view and ticket-sales needle for the UFC, despite his lack of success in the Octagon. Punk remains on the UFC roster, though he has not fought in three years. He was tested twice by USADA, the UFC’s anti-doping partner, as recently as the fourth quarter of 2020.

UFC president Dana White was asked earlier this month at the UFC 265 prefight news conference about rumors that Punk was returning to pro wrestling. White said if it were true, the UFC would have no problem with it.

“Obviously, if he’s going to go back to wrestling, he’s more than welcome to do that,” White said.

AEW was founded and is run by Tony Khan, the son of Jacksonville Jaguars owner Shad Khan. The promotion started in 2019 and has quickly gained traction as a competitor to WWE.

Sean Strickland respects Francis Ngannou’s decision to leave the UFC but wouldn’t do the same: ‘I’m a f****** sellout’
UFC 283 reactions: Winning and losing fighters on social media
Conor McGregor gets offer to coach The Ultimate Fighter: ‘I like it’
Matt Brown: ‘I’m a savage motherf******’, but ‘I would have stopped’ Lauren Murphy vs. Jessica Andrade
Report: Conor McGregor denies report of alleged attack on woman in Ibiza