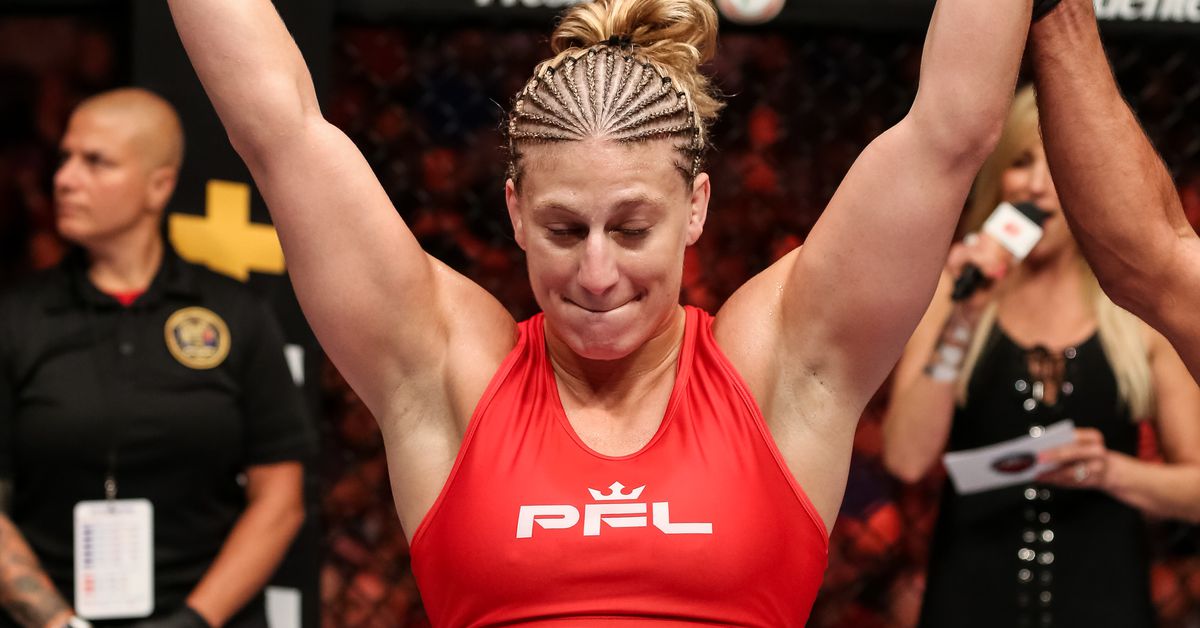 After a brief feeling out process, Harrison dove into the clinch and pressed her foe against the cage. The -4000 favorite began working knees before landing a trip takedown directly into side control. It didn’t take long for Harrison to move into mount, where heavy punches began to land.

Fabian tried to keep moving from bottom position, but she was stuck in a tough dilemma between punches and the potential armbar. As Fabian tried to scramble, Harrison flattened out her opponent from back mount, securing the wrist ride and pounding away until the referee called the contest.

Check out the highlight clips below:

Earlier in the night, Taylor Guardado defeated Mariana Morais via decision, earning herself a spot in the finals vs. Harrison. The odds on the matchup between the 3-1 Lightweight and 11-0 defending champion are certain to be astronomical, which is typical of Harrison’s PFL match ups.

Can anyone challenge the Judoka?

Broken jaw, infections, COVID-19 and worse — Mark Madsen has good reasons for being sidelined for the last 1.5 years.

Nina Nunes vs. Amanda Lemos sounds like a great step up for Lemos and dangerous challenge for the veteran.

I’m typically all about supporting the fighters, but I know a lot of athletes at the highest level who manage not to spend anywhere close to $200k on camps, so this is pretty crazy to me.

Reminder: Khabib Nurmagomedov is not a man to be messed with.

Teenage amateurs are landing Suloev Stretches over in Kazakhstan — is it a wonder their athletes are doing well inside the Octagon?

Vinc Pichel is among the many talented Lightweights who got lost in the mix of a talent-rich division.

Jump the back, sink the choke:

I thought this graphic comparing latitudes across the Atlantic was neat!