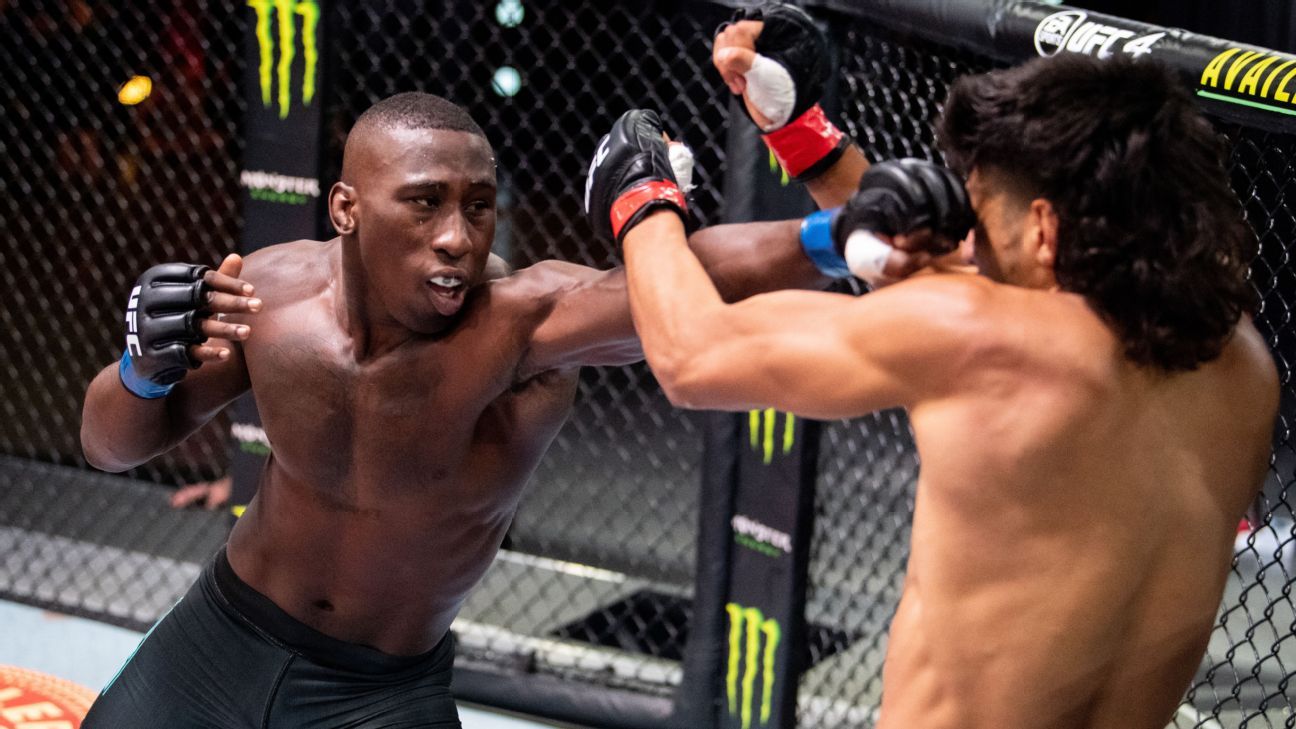 The return of The Ultimate Fighter has hit an unforeseen snag.

Tresean Gore is injured and out of the TUF middleweight final at UFC Fight Night on Aug. 28, UFC officials confirmed Wednesday with ESPN. Gilbert Urbina, whom Gore beat in the semifinals, will now fight Bryan Battle in the championship bout.

The winner will become tournament champion in the 29th season of the reality show and earn a six-figure UFC contract.

UFC president Dana White told TMZ that Gore suffered a meniscus injury and would still be given an opportunity in the UFC once he is healed up.

Gore would have been the only member of UFC featherweight contender Brian Ortega‘s team in either of the two TUF finals. Battle and Urbina were both on the team coached by UFC featherweight champion Alexander Volkanovski. Ricky Turcios and Brady Hiestand, who also are both from Volkanovski’s team, will meet in the TUF bantamweight final.

Battle (5-1) beat Kemran Lachinov in the quarterfinals and Andre Petroski in the semifinals on the reality show, which was filmed in June and July. Battle, a 26-year-old fighting out of South Carolina, has won four straight in official pro MMA fights.

Urbina (6-1) beat Micheal Gilmore in the quarterfinals before falling via second-round knockout to Gore in the semis. Urbina, a 25-year-old Ohio native fighting out of Texas, has only one career loss, to UFC top welterweight prospect Sean Brady.

Gore (3-0) beat Ryder Newman and Urbina to reach the final. The 27-year-old South Carolina was looking like one of the top young prospects coming off the show, which has returned for the first time since 2018.

Volkanovski will defend his featherweight title against Ortega at UFC 266 on Sept. 25 in Las Vegas.