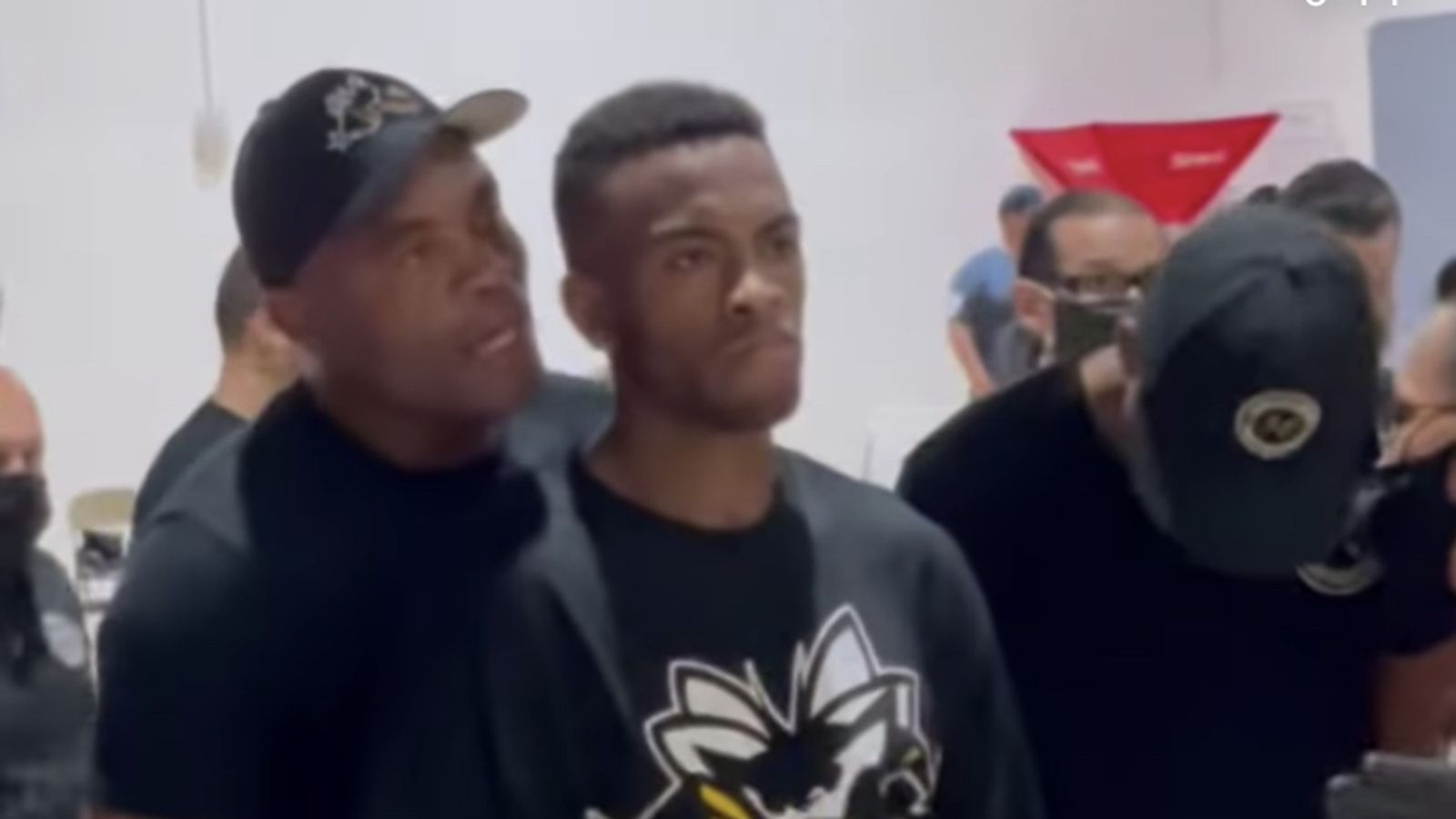 It’s not easy to be royalty in combat sports. Having a famous fighting father adds pressures and expectations from the general public, as well as an enormous shadow from which to emerge. Plus, the offspring of multiple-time world champions rarely endure the difficult upbringing that can mold greatness, adding another layer of difficulty.

Fortunately, Anderson Silva’s 22-year-old son Kalyl seems to be handling the process well. In his kickboxing debut at FightersRep 10 over the weekend, Kalyl Silva scored a fantastic jumping head kick stoppage in just about eight seconds.

Check out the full fight below (h/t MMAFighting):

“The Spider” cornered his son for the bout, and he can also be seen below hyping his boy up. Badass!

At the moment, it’s not yet clear when Kalyl Silva will return to competition. However, his father is looking to capitalize on his boxing momentum after taking out Julio Cesar Chavez Jr. in June 2021 (watch highlights) by scoring a victory over Tito Ortiz at Triller’s September 11 event.

Charles Oliveira being a cool, humble champ on Twitter. This is also a solid reminder that he was 21 when he fought a prime Donald Cerrone!

No. He kicked my ass

I just faced a better than me fighter that nite

UFC has done really well so far in 2021, but has that profit trickled down?

Some minor Twitter controversy/investigation: Yana Kunitskaya is pregnant, and she fought six weeks ago. This has lead to many questions re: her posted baby bump. Was she pregnant when she fought? If so, was she aware of it? Did UFC test if she was pregnant? Could the test have resulted in a false negative? Maybe she’s just puffing her stomach out a lot?

I do not know … but congrats to the happy couple!

I have been doing jiu-jitsu for more than a decade, and I truly can promise that you do not have to do this to improve. Maybe just roll more?

Boxing in 1909 sure looks different! Also, there are some great Jack Johnson stories, who lived a gigantic life outside the ring as one of the first black sports stars in America.

“[Jack Johnson] had so much force behind the right and left he swung in rapid succession that the right glove shows where Ketchel’s teeth pierced through the leather.” – Harry Smith, 1909 pic.twitter.com/LXTdC7DJy4

Rufino lands big as his opponent is slow to pull the jab back to his face:

Slip inside, fire the left hook:

Midnight Music: Skipped around a playlist of classic ‘60s tracks, looking for the ones I personally have not already overplayed.