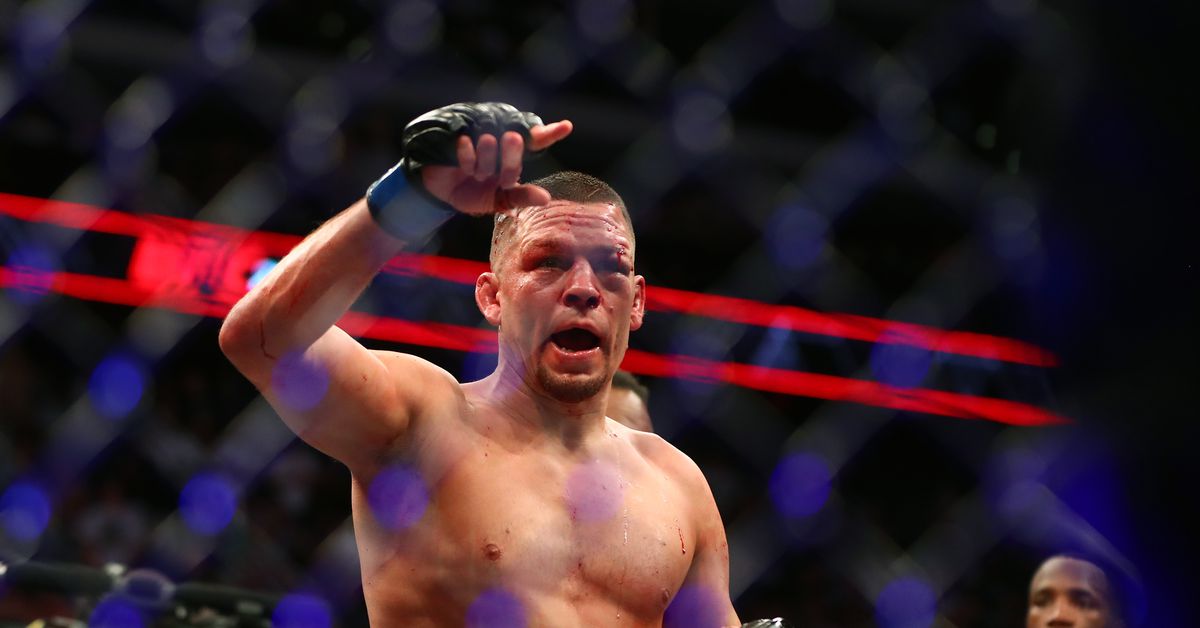 If the UFC is planning to rebook a fight between Dustin Poirier and Nate Diaz, Poirier has yet to hear about it.

After appearing to agree to a fight with his rival on social media, Poirier on Monday called “wolf tickets” — or B.S. for those unfamiliar with Diaz-speak — on recent tweets from Diaz insinuating he officially turned down the matchup.

“You know how these negotiations go,” Poirier said on The MMA Hour. “Unless they’re talking to him, and they said something. … Nothing’s been offered to me. I haven’t spoken to the UFC. I can’t say the same for Nate, for Nathaniel. But like I said, I think they will call me soon.”

Poirier, the No. 1 ranked lightweight in the MMA Fighting Global Rankings, expects the UFC to call soon about his next step in the octagon, which comes after a second win over Conor McGregor in a trilogy fight at UFC 264. UFC President Dana White indicated a title shot is next for “The Diamond” with McGregor sidelined from the fight-ending broken leg he suffered at the pay-per-view event in July. Poirier doesn’t see any reason the promotion would go another direction, but he’s hesitant to make any official declarations.

“I think I’m the clear-cut No. 1 guy who should be fighting for the belt,” he said. “I think after the fight, they even said that was the next thing that was going to happen. But we’ll see. I’ve heard people say they think it’s going to happen in December, but that’s just me looking at MMA headlines, so I don’t know what’s going to happen. I have a feeling we’re going to find out soon.”

Even if Diaz isn’t next for Poirier, the top lightweight contender hasn’t lost his desire to face off with the Stockton, Calif., native, who most recently appeared in the octagon at UFC 263 and nearly pulled off a come-from-behind knockout of Leon Edwards before losing a unanimous decision.

“He’s a fighter I’ve been watching a long time,” Poirier said of Diaz. “I think our styles match up well. I think it would be a great fight. But I’m not chasing it. There’s a possibility that it could happen, but on my things-to-do list, that’s not the next thing to do.

“We’ll see. That’s why I don’t commit to anything, because this is a crazy thing that we do, and it’s always changing. I’ll see when they call me. I wish I could give you a straight, clear-cut, honest answer, but I’m giving what I got, and that’s it.”

Poirier still chafes at the way he said Diaz portrayed the cancellation of their UFC 230 booking. He said Diaz was “over-negotiating” with the UFC and the promotion began offering other opponents. Not wanting to fight anyone other than Diaz, he elected to withdraw from the event and address a longstanding hip injury, and the fight was called off. Diaz, he said, made the world think that he was the first to back out.

“He won’t tell the true story of how the fight fell apart,” Poirier said. “I’m the fall guy. I get some injections in my hip, and it looks like I pulled out of the fight, when the fight was already off the table at that point. … I just feel like we’ve got to fight at some point. But we’ll see.”

Poirier ultimately wants to add a UFC title to his list of accomplishments, so fighting Oliveira is the logical next step.

“I feel like it’s for the world title,” he said. “That’s what makes most sense. But when that phone rings, we’ve gotta talk. We have to talk about the whole situation. About everything.

“Against who? I don’t know. But fighting again this year is probable.”