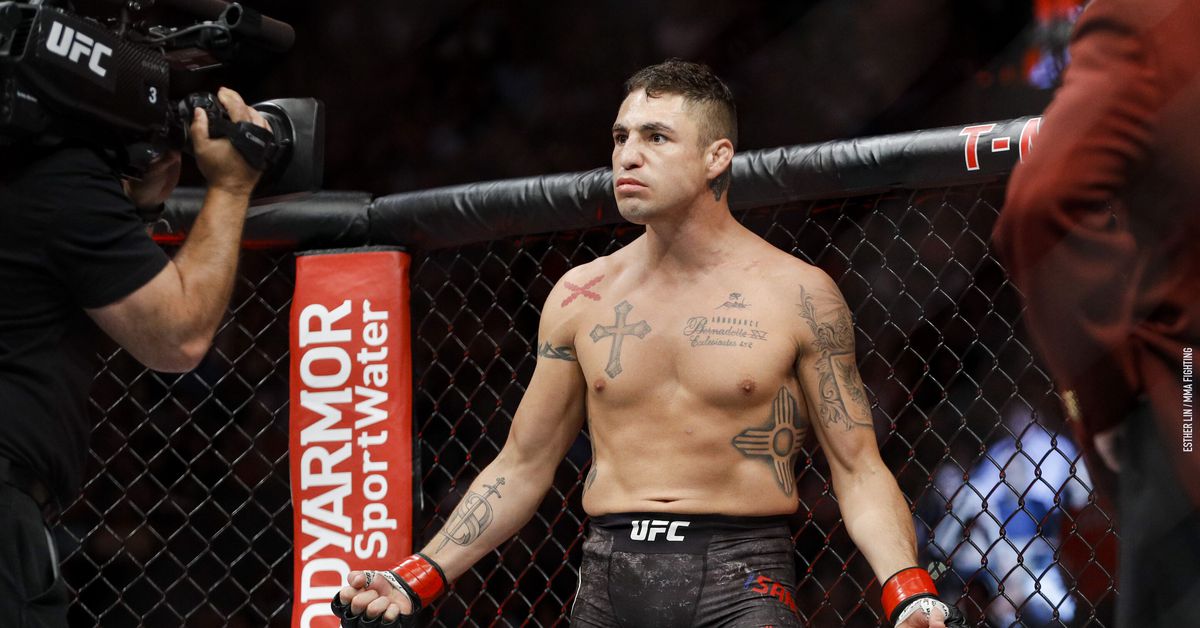 As Diego Sanchez prepares to start the next chapter of his career, he’s also begun to break his silence about the end of his controversial partnership with his former coach, manager, and all-around guru Joshua Fabia.

Sanchez ended his professional relationship with Fabia in May following a chaotic stretch that saw Sanchez pulled from his scheduled UFC retirement fight against Donald Cerrone and released from his UFC contract. In the lead-up to the Cerrone fight, Fabia clashed with several figures within the UFC and raised red flags with executives after requesting all of Sanchez’s medical information from the fighter’s 16-year UFC career. Fabia also secretly recorded a private phone call between he and Sanchez and UFC executives Sean Shelby and Hunter Campbell, which he and Sanchez then posted to social media.

With Fabia now in his rear-view mirror, Sanchez said he looks back on the way the end of his UFC career played out with regret.

“I trained my ass off for ‘Cowboy’ Cerrone,” Sanchez said recently on Instagram Live. “I was ready to get in there and go to war, because that was going to be my last fight, my big last hurrah in the UFC. Man, I put everything into that training camp. I was ready to go and I passed all my medicals, I passed everything — I did MRI, MRA, they did everything. I’m perfectly fine. And the reason why it ended the way it did with UFC, that has other implications, that’s other stuff. That’s Joshua Fabia and f*cking with the medicals and just pushing all the wrong buttons at the UFC, working his ass off to get whatever was best for his intentions, not what was best for Diego Sanchez.

“I believe my mentor was guiding me in what was best for him. And what was best for him was to try to figure out a way to get a settlement with the UFC. He knew that if there was a major settlement with the UFC, that I was going to hook him up with half, because it was all his idea, it was all his plan. He was masterminding everything. And I made the mistake of follower a mentor that I thought had a stronger connection to God than me.”

Sanchez and Fabia began working together in 2019, with Fabia’s methods quickly drawing scrutiny from the MMA community. In May, former Sanchez teammate Cerrone called Fabia a “cult leader,” while another ex-teammate Jon Jones said he was “disgusted” by the methods he saw from the self-help guru. Around the same time, Sanchez told the media that he was “having to disown some family members” because of their mistrust of Fabia.

Sanchez said one of the relationships he’s since started to repair is the one he has with UFC president Dana White, who called Fabia “batsh*t nuts” after Sanchez’s UFC release.

“Me and Dana, we’ve been talking. We’re cool,” Sanchez said. “We mended. Dana told me, ‘I got nothing but love and respect for you, Diego Sanchez.’ So in the future I’d like to meet up with Dana and give him a handshake and tell him thank you for everything that the UFC did for me, giving me all of these great opportunities. If I didn’t have the UFC, I would’ve have been able to build the brand that is the Diego Sanchez legacy.”

Fabia, for what it’s worth, did not take the split well. He publicly ripped into Sanchez and called the fighter an “addict” who had “clearly been taking advantage of me for two years.”

Sanchez, 39, is expected to begin the next phase of his career with Bare Knuckle Fighting Championship, although he has yet to officially sign with the promotion.

He said he plans to delve fully into the Fabia chapter of his life at some point, though he isn’t sure when that will be and on what platform.