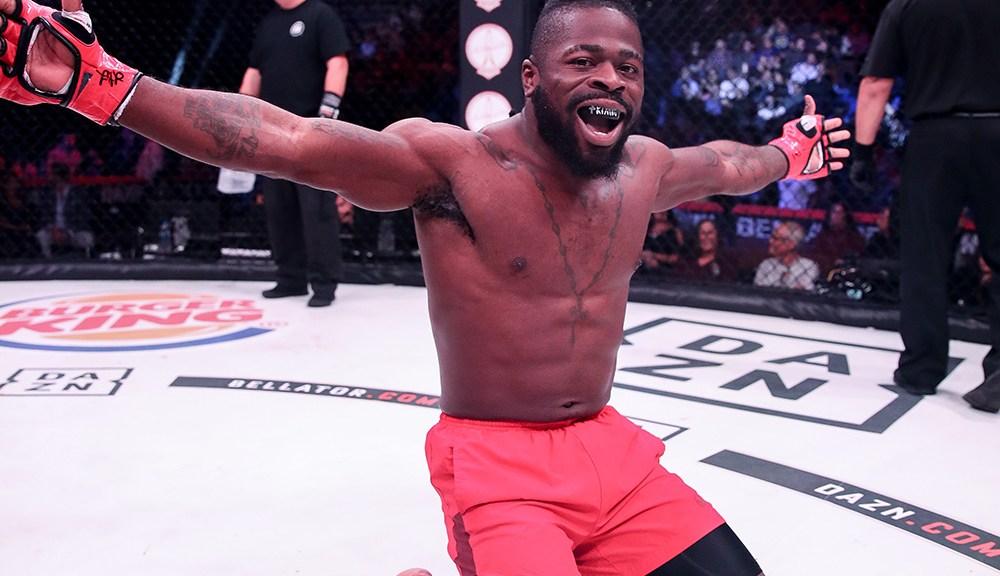 Kevin Ferguson Jr., known to fans as “Baby Slice,” has his first fight of 2021 on the books.

The son of “Kimbo Slice,” Ferguson (3-3 MMA, 3-3 BMMA) will look to bump his record above .500 when he takes on Cody Lincoln on Friday at Bellator 265. The fight will take place at lightweight on the preliminary card.

Bellator officials recently announced the booking. Fansided was first to report the matchup.

Ferguson, 29, has not competed since a unanimous decision loss to Kaheem Murray in November 2020. The defeat was his second in three outings, with the third being a win that was overturned to a no contest due to illegal strikes to the back of the head that were missed by the referee.

His opponent, North Dakota’s Lincoln (5-2 MMA, 0-0 BMMA), will look to win on home turf in his promotional debut. Although he hasn’t competed since November 2018, Lincoln has won two of his most recent three fights, including a victory a LFA: Sioux Falls Fight Night 1 over Derek Varin.

With the addition, the Bellator 265 lineup includes: