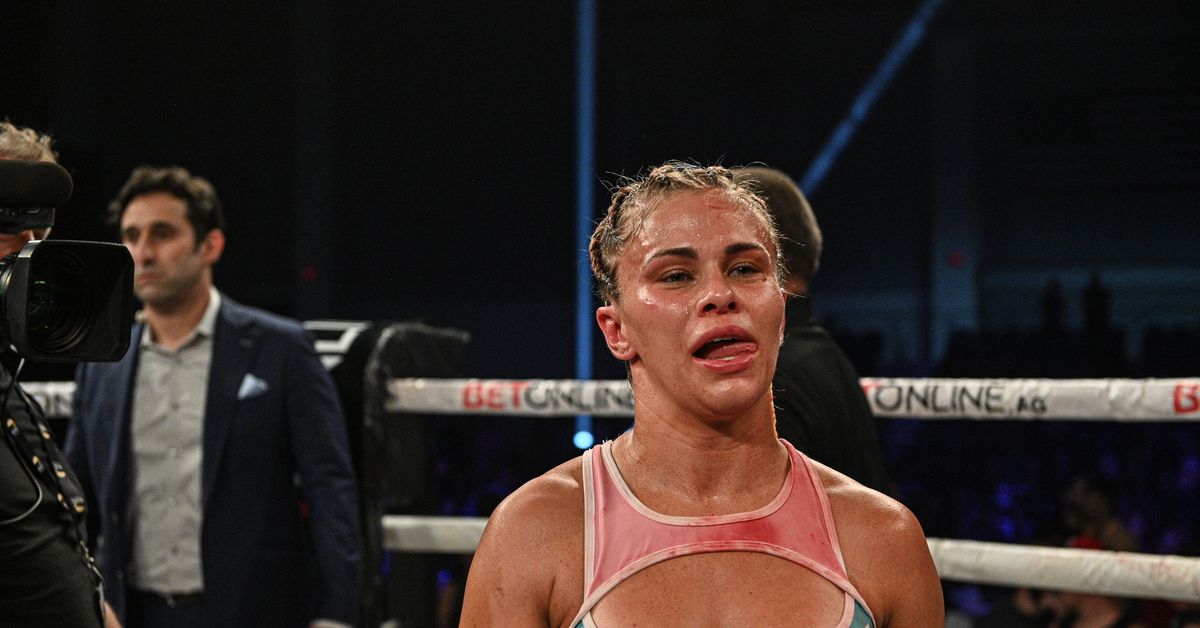 When Paige VanZant stormed out of the ring following her fight against Rachael Ostovich at BKFC 19, it wasn’t because she was pouting over a loss.

While the former UFC star turned bare-knuckle brawler felt like she won the fight, the wave of emotion that rolled over her in that moment which sent VanZant running out of the arena was more about the heartbreak she was facing after suffering another crushing defeat.

“When I walked out of the ring, I didn’t just walk to my locker room, I literally walked all the way outside and I just went and cried in the parking lot by myself,” VanZant revealed on her new video blog series. “I said some things to my husband that are pretty terrible about like my mental state.

After leaving the UFC as a free agent, VanZant inked a lucrative multi-fight deal with BKFC to transition into bare-knuckle fighting but she hasn’t tasted success yet after two straight losses.

As difficult as it’s been to deal with the setbacks inside the ring, VanZant admits that sometimes it feels as if the whole world is rooting for her downfall and that certainly doesn’t make things any easier.

It’s also been hard for VanZant to suffer several losses in a row dating back to her final fight in the UFC while her husband Austin Vanderford is currently sporting a perfect 11-0 record with his next bout expected to come against Bellator middleweight champion Gegard Mousasi.

That said, VanZant promises that she’s always going to be her husband’s biggest fan and his success has fueled her own fire quite a bit lately.

“It can be hard when Austin and I are married and he keeps winning and I keep losing but honestly him and his success is the only thing that keeps me going,” VanZant explained. “Because I do feel like we win together.

“His next fight will be for a title and I know he’s going to win. I just know how good it’s going to feel for him and for me and I’m so happy. I’m so proud of him. His title fight to look forward makes it all worth it and makes me feel a little better.”

With plans to compete at least one more time before 2021 is over, VanZant already seems ready to put the past behind her and looking forward to the future but she can’t forget about the difficulties she faced getting here.

For a long time struggling with mental health was seen as a sign of weakness but that stigma has changed dramatically in recent years.

VanZant knows it’s something she needs to address, especially if she wants to get past these current losses and return to her winning ways in her next fight.

“People like me struggle a lot, everybody does,” VanZant said. “Mental health is no joke and I need to start taking my mental health more seriously.

“Losses suck and going through hard times it’s not fun but it does get better and you can get through it and life goes on.”