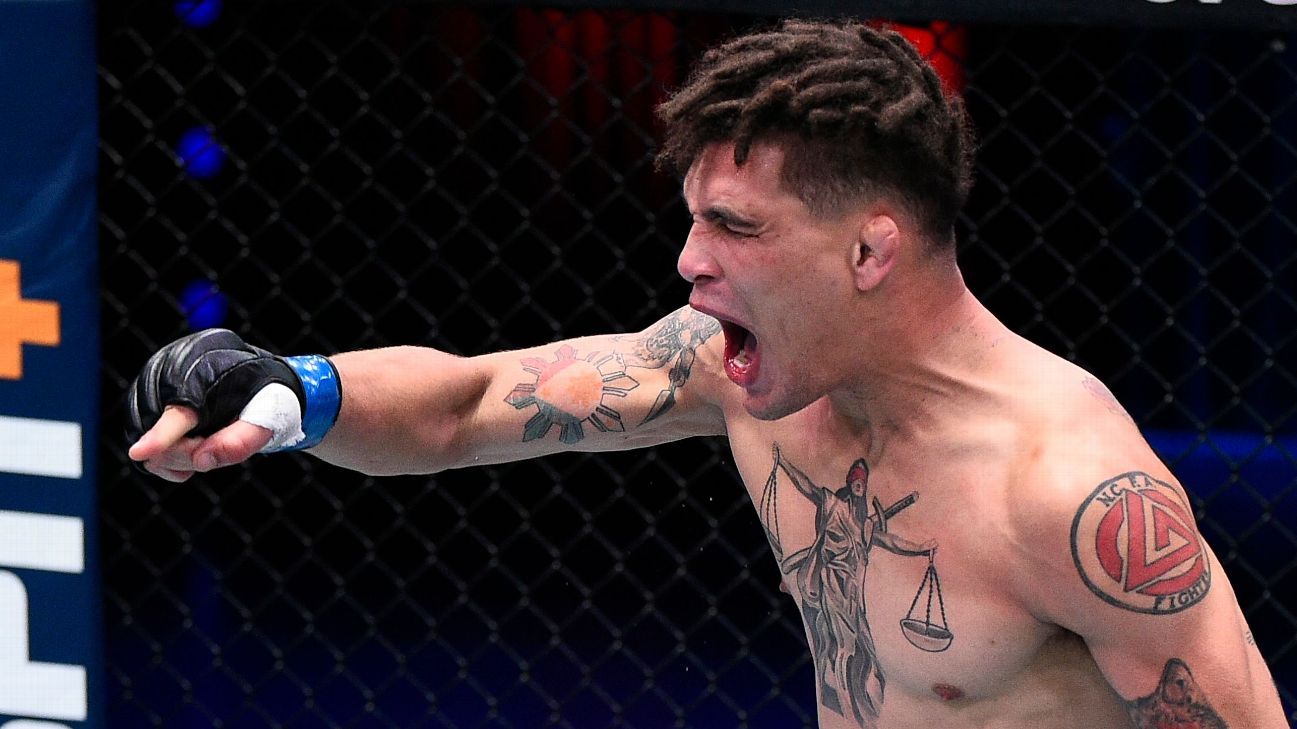 UFC fighter Jordan Williams stopped a man from stealing his car on Thursday, and gave him a quick MMA lesson in the process.

Williams, 30, left his car running in a gas station parking lot in Denver, as he quickly ran in to buy a drink. As the UFC welterweight exited the station, he witnessed a man climb into the driver’s side of his car and attempt to back it up. Williams immediately ran to the vehicle and ultimately pulled the individual out of the driver’s seat.

“At first I couldn’t really believe it,” Williams told ESPN. “And then I was like, ‘Holy s—, there’s someone really in my car.’

“So, I run up to the car, and I have a push-to-start car. So, if my keys aren’t within five feet of the car it won’t drive. As I started to run towards the car it started to slowly back up. And man, the look this guy gave me on his face through the window was like, ‘Yeah, I got your car and this is happening.'”

Unfortunately for that individual, it wasn’t happening. Williams pulled him from the car, all while hitting him with punches and kicks. The would-be car thief eventually ran off.

“I opened the door and, it’s funny, the first thing I did was throw the stuff I bought on the passenger seat,” Williams said. “And then I proceeded to punch the guy. After the first punch he said, ‘OK, I’m sorry, I’m sorry.’ I was able to get some knees on him, as he was exiting out.”

Williams posted security footage of the encounter to his Instagram on Thursday. He said the gas station is between his house and work, and he visits it frequently.

Williams signed with the UFC last September, after a successful appearance on Dana White’s Contender Series. He is 0-2 officially in the UFC, with losses to Nassourdine Imavov and Mickey Gall. He does not currently have a third fight scheduled. He trains in Denver at Factory X MMA.