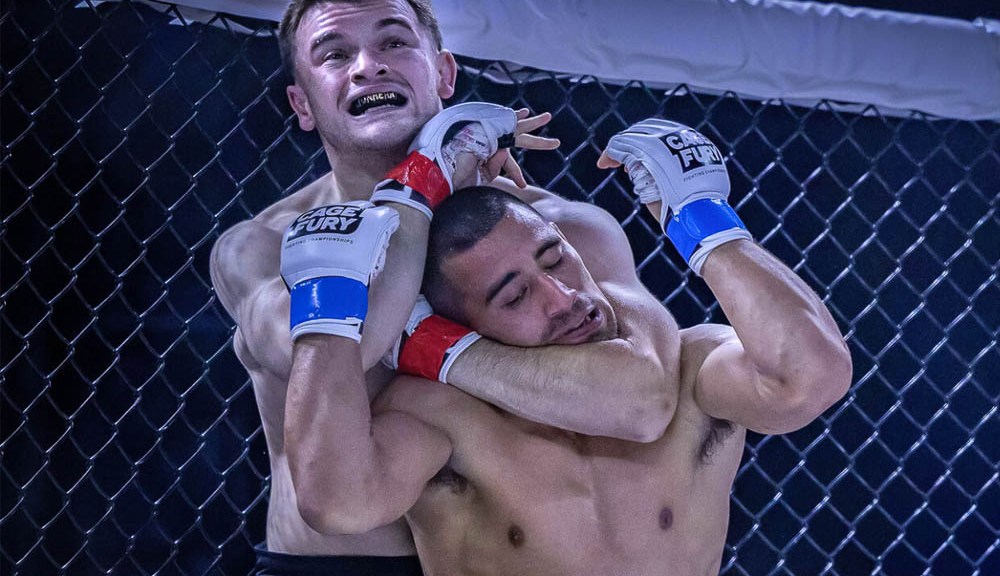 James Lyons didn’t always know he wanted to be a professional fighter, but once he decided to pursue that course, he dedicated everything to doing it the right way.

“I walked into a kickboxing gym when I was 17, but really jiu-jitsu is where I started when I was 18,” Lyons said. “I started doing a ton of jiu-jitsu, and it just was all in trying to catch up to all these guys that started when they were super young, and I feel like I’m doing that. I’m catching up to anyone who started at a young age. It’s not really becoming much of a factor anymore.”

Lyons‘ results speak for themselves.

After opening his amateur career at 1-2, Lyons finished off his run with seven straight victories before turning pro. All seven of those wins came via submission.

“Pretty much that was always the plan,” Lyons said. “I kind of stopped working my full-time job as soon as I got my first amateur fight, and I just wanted to commit to fighting. My goal was always 10 fights. I think 10 amateur fights was a good experience level for me. I didn’t want to rush it.”

The patience seems to have paid dividends. In his first two fights in the pro ranks, Lyons has earned two first-round stoppages.

Lyons said that is completely by design, as well.

“You know, the decisions don’t do much. I feel like in this sport, they don’t carry the same weight, and if you’re not going out and finishing, it doesn’t matter if you’re winning decisions or not.”

The 25-year-old Lyons believes it’s a perfect next step in his career, with the Dewey Cooper-trained fighter presenting an intriguing challenge.

“I study all my opponents,” Lyons said. “I think he’s well-rounded, good. I think he has a good camp. He has a good team, as do I, and I like the matchup for me.

“I think my submissions are the best tool that I have, and most people just view me as a jiu-jitsu guy. That always works in my favor because lighting them up on the feet is always part of my plan, as well. I just know if I hit the mat, I can submit anyone at any level in MMA.”

Should he keep his finishing streak alive, Lyons is hoping to book another appearance before year’s end. After that, the Renzo Gracie Philly and Team EEFC fighter has eyes on a future shot at the CFFC title, and ultimately an invitation to the UFC. But “Lyonheart” isn’t getting ahead of himself.

Despite the relatively late start to his combat sports training, Lyons wants to make the right moves in his run.

“I just want to make sure I have the fights and I get the right opponents to keep building myself and pushing myself more and more,” Lyons said. “I feel Like Cuamba is a good step up. He’s confident. He has a good win streak, and I’m looking forward to snapping it.”

(This story first published at CFFC.tv)