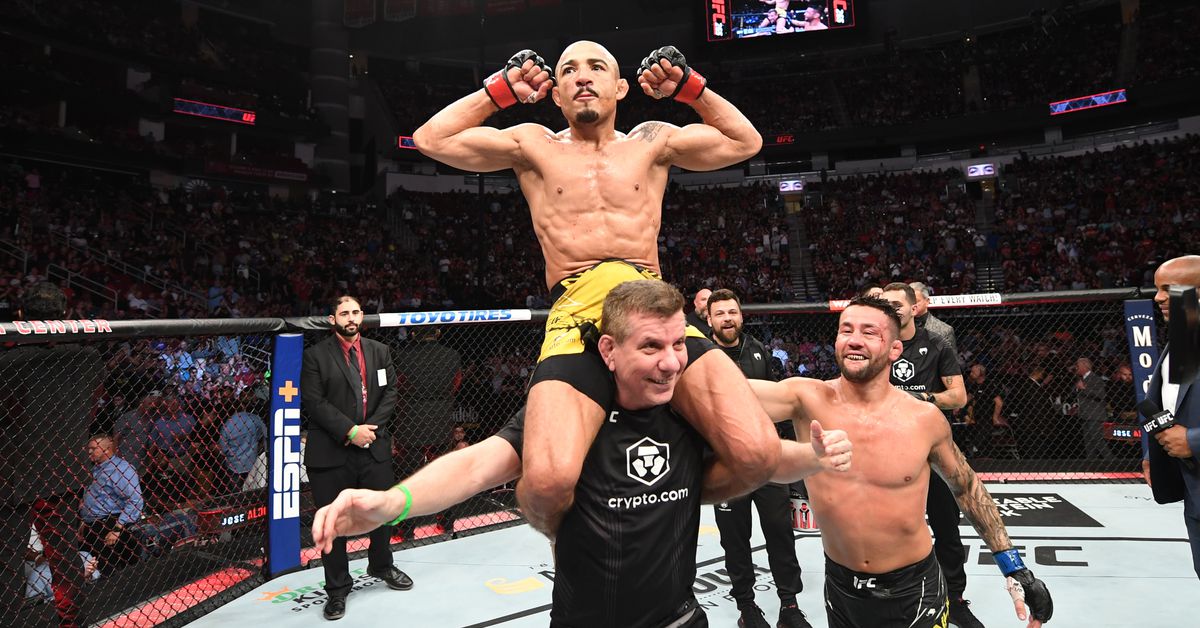 But that doesn’t mean the former featherweight champion — now a serious contender at 135 pounds — will be chasing after smash-and-grab paydays against social media influencers like Jake and Logan Paul.

“Junior” is too busy chasing the 135-pound title.

“I’m focused on fighting in the UFC, on being champion,” Aldo told Ag Fight (transcribed by Adam Martin). “That’s what keeps me motivated, making me look for new things and always learning until I’m champion again. I like boxing, but I wouldn’t do a joke fight like that, fighting a YouTuber. I respect those who do it, because the financial side is very good, but according to my philosophy I don’t see myself making a mockery like this, facing a guy who has never done a martial art. The idea was to fight other fighters who have a name, who were champions. But for that I would have to do several boxing matches beforehand, show my skill, and that I’m able to get to face someone in boxing.”

Aldo previously flirted with a boxing career before re-signing with UFC.

The 34 year-old Brazilian recently won back-to-back fights at 135 pounds and is hoping to score an early 2022 showdown against ex-champion TJ Dillashaw. Whether or not he gets it may depend on how this upcoming title fight plays out.

The most likely scenario is that Aldo (30-7) will have to score another fight (or two) and work his way up to a more definitive position. By then, we’ll know if Jake Paul survived his upcoming Tyron Woodley bout and lived to fight another day.