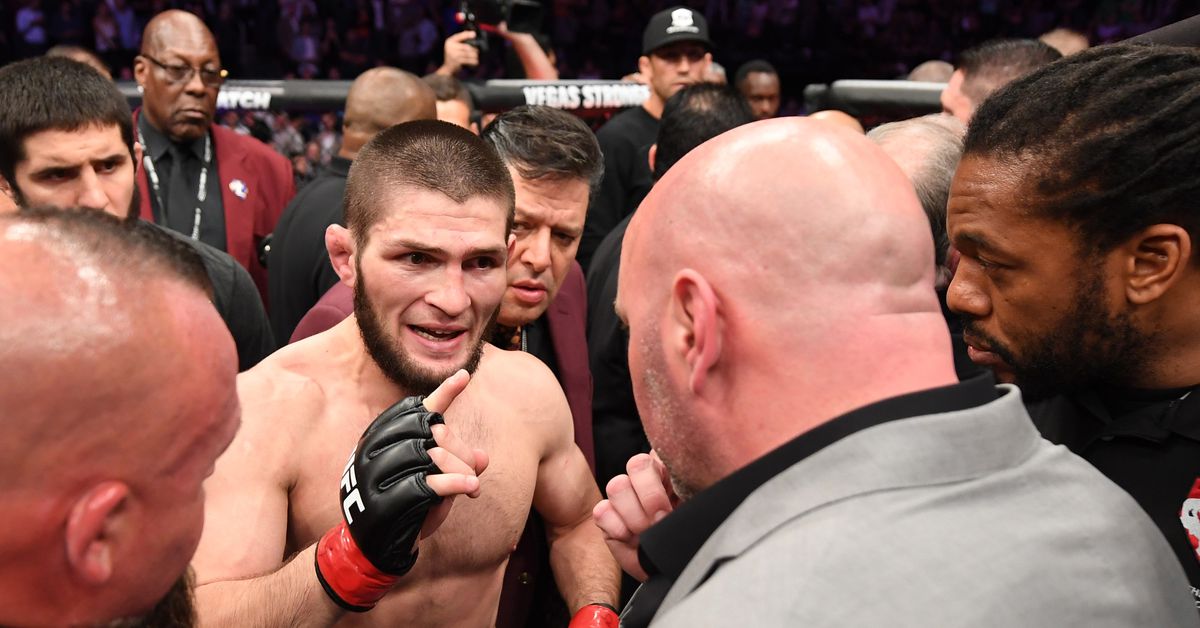 Don’t expect former UFC lightweight champ and GOAT contender Khabib Nurmagomedov to return to the Octagon … at least not as a fighter.

Khabib has been making waves recently as the fighters he’s helping corner and coach are running through the competition in the UFC and Bellator. His team’s 3-0 run at Bellator 263 bring him to a stunning 7-0 in 2021. With Nurmagomedov spending so much time in the fight world, might he be tempted back into competing himself? Nope, according to an unlikely naysayer: UFC president Dana White.

Nobody held out more hope for a Khabib return after his retirement in October of 2020 than White. For months he teased a return to action for the Dagestani Sambo specialist, only to have Khabib stick to the promise to his mother: no more fighting.

Speaking to TMZ Sports, White made the situation just as clear as Khabib made it for the six months after he lay his gloves in the cage.

“I’ve abandoned all hope, so you should too,” White said. “He’s done. Believe me, I threw the kitchen sink at this kid. I tried to get him to stick around but I think he’s done. He’s sliding into this coaches’ role, he went undefeated in his career and retired undefeated, and now he’s undefeated as a coach, too. The guy has had nothing but success, he continues to be successful, and he’s moving on to that next chapter of his life.”

“I think Khabib is done.”

Even conspiracy theory minded folks who have been holding out for a secret post-COVID Khabib vs. St-Pierre superfight should probably consider packing it in now. Georges has straight up said he’s just waiting out his UFC contract (t-minus one year) after the promotion refused to let him box Oscar de la Hoya. And Khabib? He’s been as constant as the Northern Star regarding his position.

And hey, with Khabib’s reputation shining after he walked away on a dominant winning streak, it makes you think more fighters should follow his lead. Rich, respected, and retired. It’s a good gig if you can pull it off.