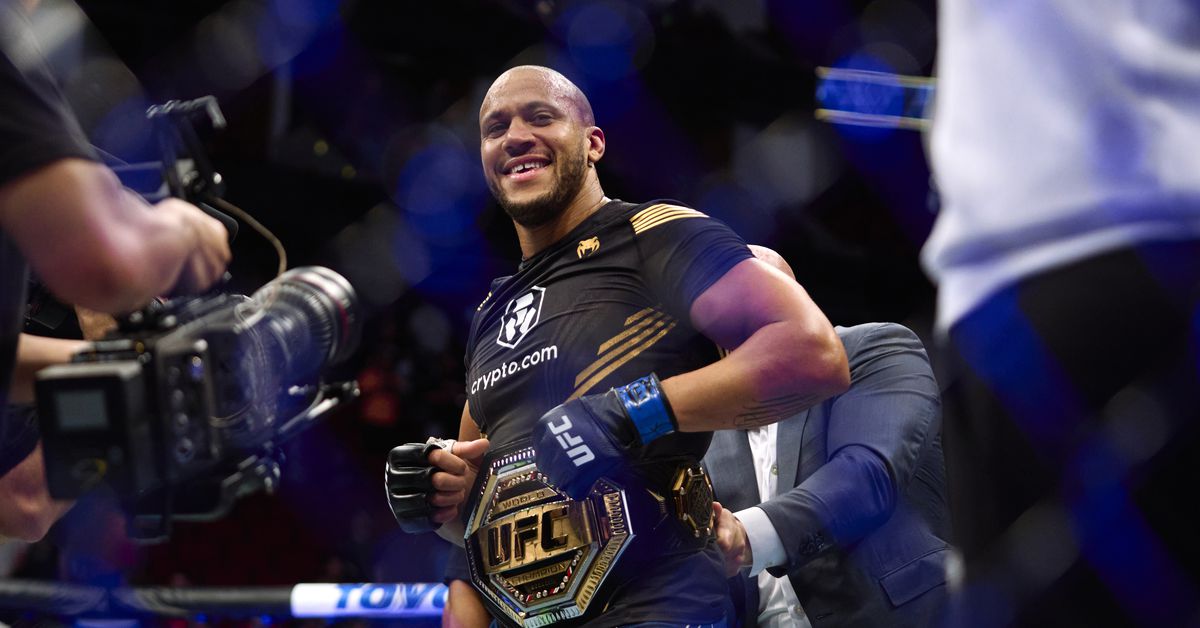 Ciryl Gane moved to 10-0 at UFC 265 with a dominant win over Derrick Lewis to become the new interim heavyweight champion and that performance has now made him the favorite to beat Francis Ngannou.

The first odds for the heavyweight title unification bout have been released with Gane now slightly favored ahead of Ngannou for the inevitable showdown between the former training partners turned rivals.

According to the odds makers at SportsBetting.ag, Gane moved from underdog to favorite status based upon his win over Lewis where he stopped “The Black Beast” with a flurry of strikes in the third round.

Here are the opening odds for the fight:

When the odds for a potential fight between them were first released in June, Ngannou was installed as a heavy betting favorite at -190 odds and even as late as last week he was still sitting at around -175.

Now thanks to Gane’s impressive showing to claim the interim heavyweight title with his win over Lewis, he’s actually favored to beat Ngannou and become the undisputed UFC champion.

As of now there’s no word on how quickly Ngannou vs. Gane will be booked, although UFC president Dana White said on Saturday night that he would like to put the fight together “ASAP” once both combatants are ready to compete.