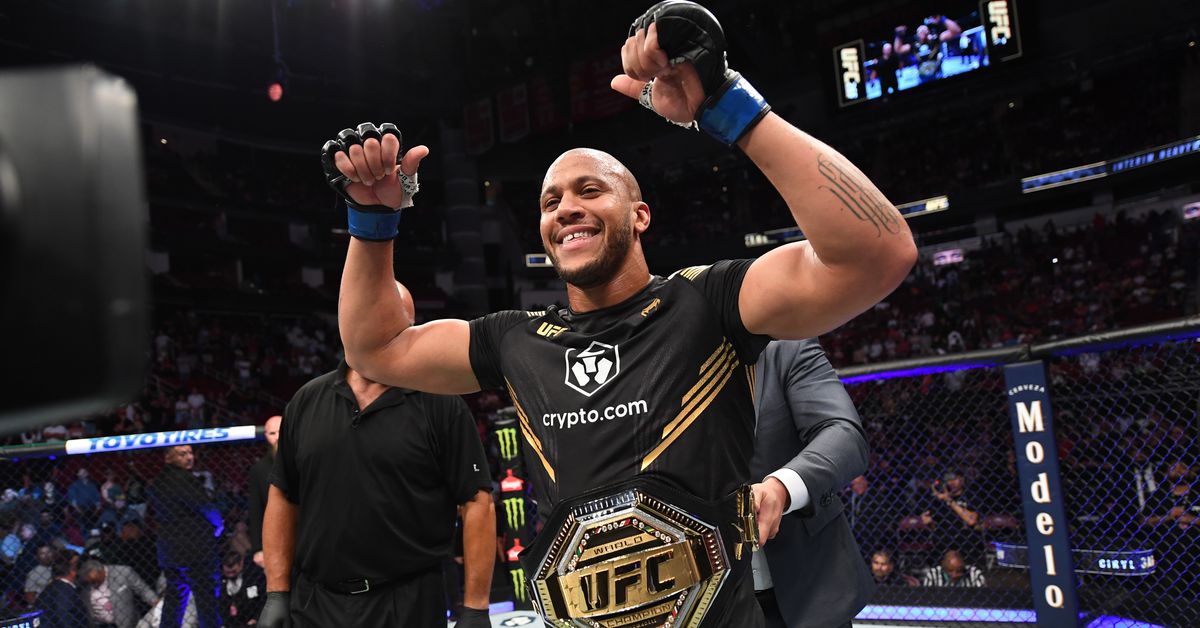 The UFC planned to give out three performance bonuses at UFC 265. Then UFC President Dana White decided to tack another one on, and new interim heavyweight champion Ciryl Gane was the beneficiary.

White announced $50,000 “Performance of the Night” bonuses for Jessica Penne, Vicente Luque and Brett Johns. Asked by veteran MMA reporter John Morgan why Gane was absent from that list, the UFC exec said “f*ck it” and handed Gane a fourth bonus.

The quartet of bonuses added to “Fight of the Night” bonuses given to Rafael Fiziev and Bobby Green, who went toe-to-toe in a thrilling three-rounder before Fiziev captured a unanimous decision.

UFC 265 took place at Toyota Center in Houston. The event’s main card aired live on ESPN+ pay-per-view after prelims on ESPN2 and ESPN+.

Gane earned his extra cash with a third-round TKO of Derrick Lewis to capture the interim heavyweight title. The France native now moves to unify the title against undisputed champ Francis Ngannou.

Luque extended his current winning streak to four fights with a first-round submission of Michael Chiesa on the event’s main card.

On the prelims, Penne picked up her second octagon win after a four-year layoff, submitting one-time title challenger Karolina Kowalkiewicz in the first round. Johns knocked out Anderson Dos Santos with a huge punch in the third round.

Valerie Loureda, AKA Lola Vice, is making her WWE TV match debut this Friday
MMA coach Duke Roufus calls for culture shift in stopping fights: ‘It’s your job to protect the fighter’
What’s next for the UFC flyweights and new champion Brandon Moreno?
5 biggest takeaways from UFC 283: Can Deiveson Figueiredo make an impact at 135?
Midnight Mania! Fury Vs. Ngannou = ‘Dumbest Idea In Sports’