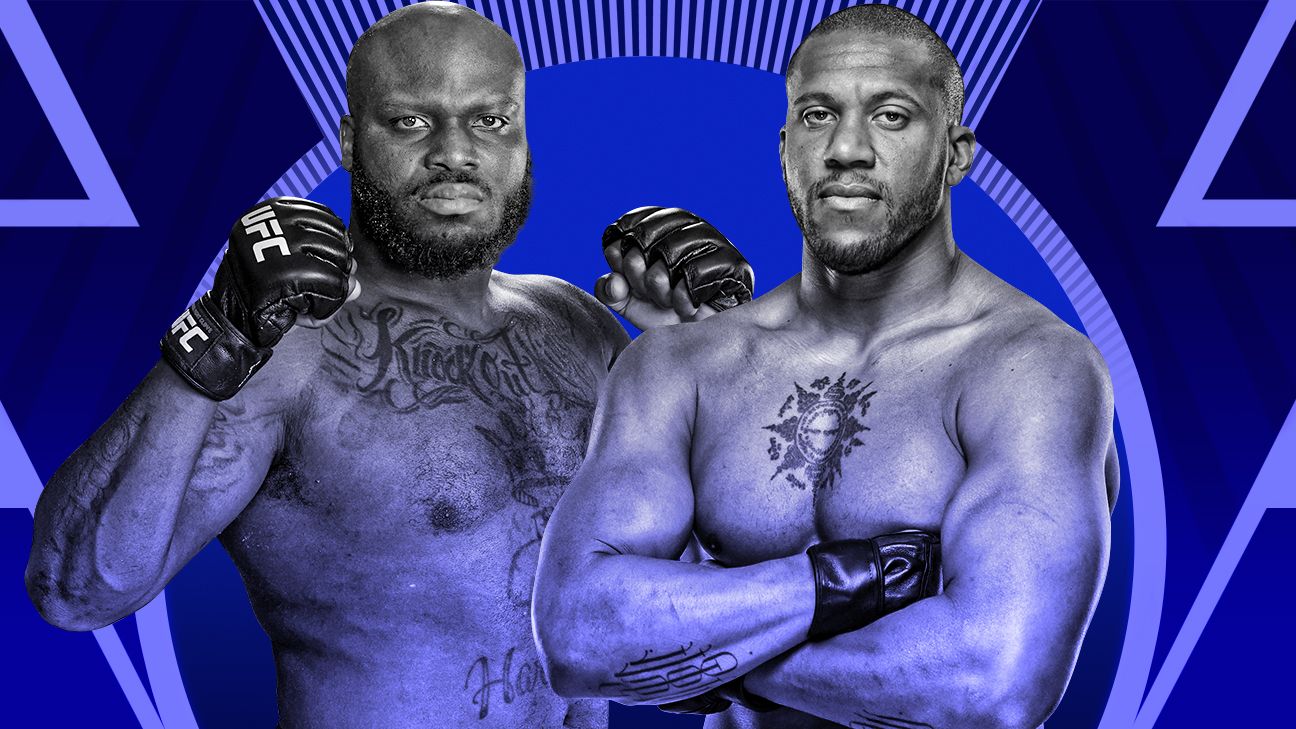 Things are changing in the UFC’s heavyweight division. Over the past 10 years, the weight class has revolved around a handful of familiar names — relatively older names at that. For a long time, this small collection of veterans held off the up-and-comers and battled for the UFC championship among themselves.

That group, however, has been dissolved. Cain Velasquez retired in 2019. Junior dos Santos, Alistair Overeem, Fabricio Werdum — they’ve all departed from the UFC. Daniel Cormier made his final walk last year. Stipe Miocic is still active and very much relevant, but for how long? He turns 39 later this month.

That’s quite the graduating class. Over the past 10 years, at least one of those six names has been included in every single heavyweight title fight in the UFC.

The interim UFC heavyweight title is on the line in the main event of UFC 265, as veteran Derrick Lewis takes on rising star Ciryl Gane.

Saturday’s UFC 265 interim title fight between Derrick Lewis (25-7) and Ciryl Gane (9-0) in Houston is, at the very least, a step in determining what the next heavyweight era will look like. One way or another, a new class of heavyweights has to replace the old one.

For the moment, Gane is the UFC’s model of new heavyweight blood. He’s 31, with a pro record that doesn’t even consist of double digits (9-0). He’s skilled and athletic, and was born and raised in France — a market the UFC is keen on growing. If Gane becomes an (interim) UFC champion on Saturday, he will have arrived ahead of schedule.

Lewis, 36, isn’t new to the scene — in fact, he’s tied for the most knockouts in UFC history, with 12. But if he wins a title, it will be an underdog story. Few would have guessed he’d be here two years ago, when he suffered back-to-back losses and was tasked with building an extended win streak to climb back to the top.

Of course, looming over this weekend’s interim title fight is undisputed champion Francis Ngannou, whose title reign has only begun. And beyond that, there’s the eventual heavyweight debut of longtime light heavyweight king Jon Jones. That’s expected to take place in 2022.

Frankly, it still feels weird to discuss this division minus the handful of names that carried it for so long. But this is, without question, a new version of the UFC’s heavyweight division. And the result of UFC 265 will go a long way in shaping it.

16: Number of heavyweight wins in UFC history for Derrick Lewis, tied for second all time with Frank Mir.

22: UFC fights for Lewis. If he wins the title, he would be tied with Dustin Poirier for the third-most fights to win a UFC championship.

6: Wins to start Ciryl Gane’s UFC career. Gane has an overall record of 9-0 and could become the sixth heavyweight in UFC history to win an undisputed or interim championship without suffering a loss in MMA competition. Cain Velasquez was the last to do it, in 2010

54.6%: Ciryl Gane’s significant strike accuracy percentage. He has outlanded his opponents 470-238 in the UFC.

Dominick Cruz and Gilbert Melendez break down the fight on Unlocking Victory.

“I think in this one Derrick just needs to keep his back off the cage,” said Eric Nicksick, Xtreme Couture MMA coach. “He tends to let people dictate the geography, and that’s what puts him in the most amount of trouble, and Gane is going to try and dictate the range. [But] Derrick has gotten better at that, and he’s more comfortable when he does it. He’s mixed in a lot of his power shots with what we call over-unders — overhands and uppercuts. I like the variety that he’s throwing with the power hand side.”

Check out how Nicksick and other experts break down the main event and predict a winner.

Watch the PPV and all other fights on ESPN+. Get ESPN+ here.

Purchased the fight on your phone and want to stream on your TV? Find out how here.

1. Former featherweight champion Jose Aldo picked up his first win at bantamweight in December and now looks to make it two in a row when he faces Pedro Munhoz in the UFC 265 co-main event. Munhoz snapped a two-fight losing streak in February and seeks consecutive wins for the first time since 2019.

2. Michael Chiesa is undefeated since moving to welterweight, going 4-0 while moving up the rankings to No. 5. He’ll take on welterweight veteran Vicente Luque, who has finished his last three fights and 12 in the UFC, second most in division history.

3. The Tecia Torres–Angela Hill strawweight bout is a rematch of a June 2015 bout at UFC 188 that Torres won by unanimous decision. “The Tiny Tornado” has won two straight, while Hill snapped a two-fight losing streak in March

4. China’s Song Yadong looks to get back on track after his nine-fight unbeaten streak was snapped in March at UFC 259. He’ll face Casey Kenney, who lost on that card to Dominick Cruz, snapping his three-fight winning streak.