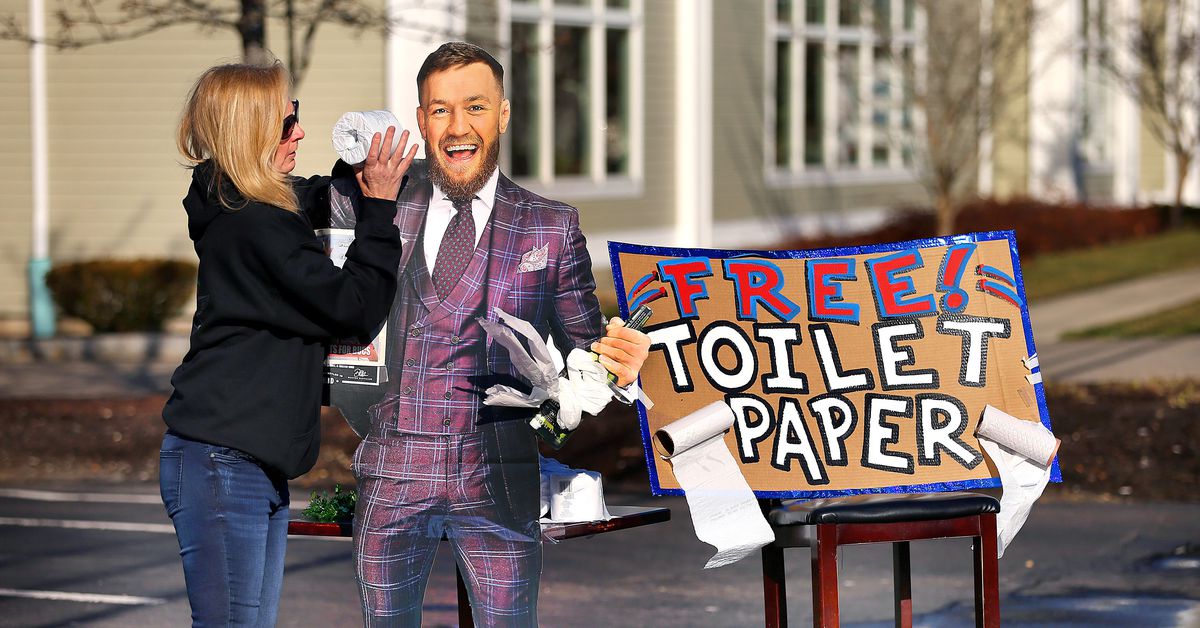 In a perfect world, Conor McGregor would disappear on his Lamborghini super yacht and enjoy life until his surgically-repaired leg was healed up and ready to go. Unfortunately, “Notorious” spends most of his waking hours obsessing over lightweight rival Khabib Nurmagomedov.

Even during the holidays.

That’s why McGregor was back on Twitter this week, taking another round of potshots at Nurmagomedov and his family. Probably because “Mystic Mac” was submitted by “The Eagle” — and now sports consecutive losses to Dustin Poirier — and has little else to use for ammunition.

“I wanna eat his children!!!!” McGregor shouted in a recently deleted tweet, a reference to the infamous Mike Tyson interview from 2000. “When’s the last time he’s even seen them actually? His wife? Mother? How about you go spend some time with your kids and family for a change and keep my name out of your mouth before you get trapped somewhere again you mightn’t be so lucky next time.”

He wasn’t trapped, he was “locked.”

Nurmagomedov was a recent guest on Tyson’s “Hotboxin’” podcast alongside Dominance MMA stablemate Henry Cejudo. “The Eagle” may be retired from combat sports, but he never turns down an opportunity to relish in McGregor’s “eternal shame of losing.”

There was a time in the not-too-distant past when McGregor was not only one of the best MMA fighters on the planet, but also a charismatic speaker who could elevate himself, his opponents, and the sport in general.