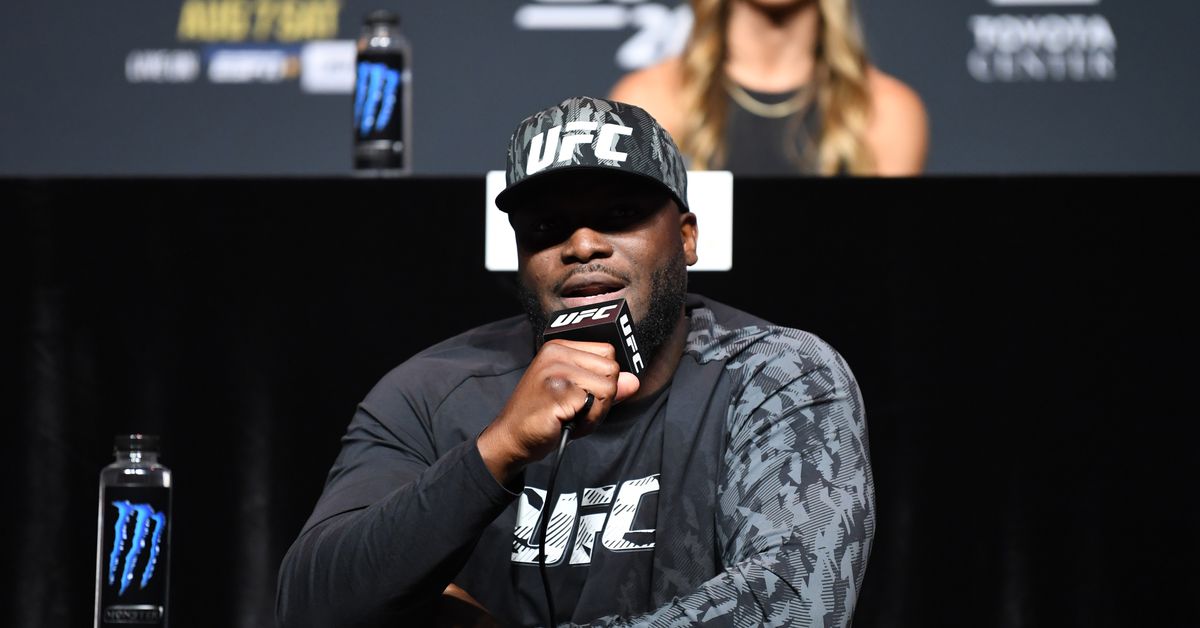 With his jaw-dropping knockouts and ability to stay unapologetically authentic, Derrick Lewis has quickly become one of the most beloved fighters on the UFC roster.

Ahead of his interim title fight against Ciryl Gane in the UFC 265 main event, the Houston native received a raucous response from his hometown crowd after a French reporter decided to ask him a question at the pre-fight press conference.

Following a back-and-forth question and answer session with Gane, the reporter then turned his attention to Lewis and asked how would it feel to get beat by a Frenchman in front of his fans.

Lewis unleashed both barrels at the member of the media and the undefeated heavyweight contender he’ll face in the main event.

“You’re going to have to excuse my French, but f*ck you and f*ck him,” Lewis said as the Houston audience ripped up in applause.

When the reporter challenged that answer by saying he would remember that come Saturday night, Lewis added, “Write that sh*t down, take a picture. I don’t give a f*ck.”

Needless to say, Lewis was definitely the star of the press conference as the Houston faithful embraced one of their own, which adds a whole new element to this particular fight.

While he’s not competing for the undisputed championship, Lewis already holds a win over Francis Ngannou, and securing the interim title would almost guarantee that a rematch between them is next. All of that adds up to immense expectations for Lewis to deliver, which he promised to do in emphatic fashion.

“Of course there’s a little pressure, cause Houston’s never had a heavyweight champion before,” Lewis said. “I want to be the first time. I want to make history and it’s gotta go down.”

Lewis hasn’t been forced to engage with Gane too much in the lead up to the fight, but he let his feelings be known previously when saying he felt the French heavyweight was boring, especially with back-to-back decisions in five round fights.

He doubled down on those comments on Thursday, promising to send Gane packing the same way 12 of his previous UFC opponents have been.

“I’m not concerned with nothing he’s got,” Lewis said about his opponent. “It don’t matter who it is. “They all gonna end up the same way — looking up at them lights.”

That prediction certainly got the crowd hyped up again. It was just another example of Lewis’ ability to always offer his raw feelings on any given subject, which he believes is part of the attraction fans from all around the world have with him.

“Sh*t, probably cause I’m real, I’m not fake like everyone else is in the sport,” Lewis said. “I speak my mind. I don’t care what you think of me. I’m still gonna speak my mind no matter what.”