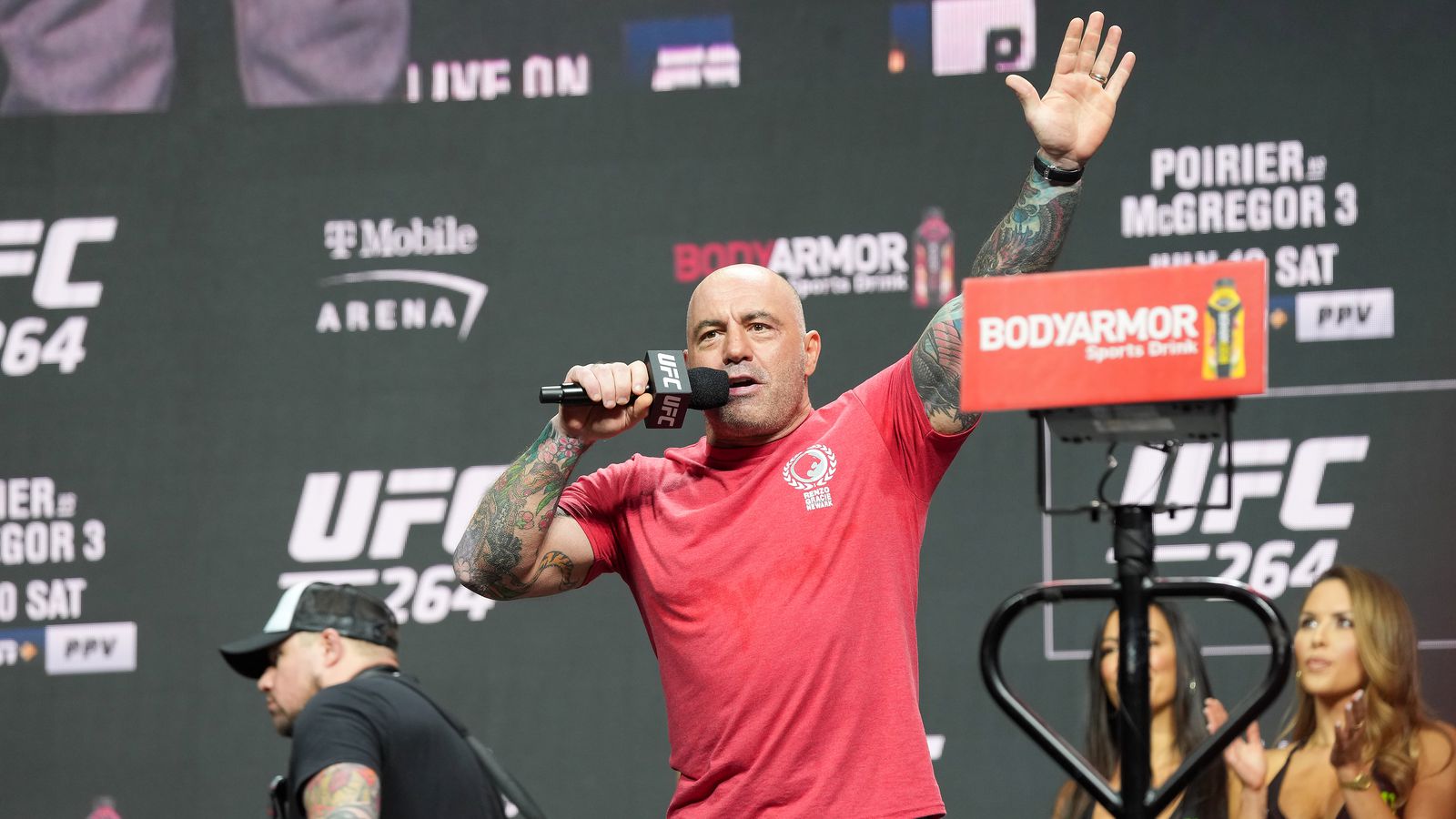 I assumed that any UFC event being staged in “The Lone Star State” would almost certainly include one of its newest residents; but alas, longtime color commentator Joe Rogan will not be at the broadcast table for UFC 265 this Sat. night (Aug. 7) in Houston.

Bruce Buffer has the mic inside the Octagon.