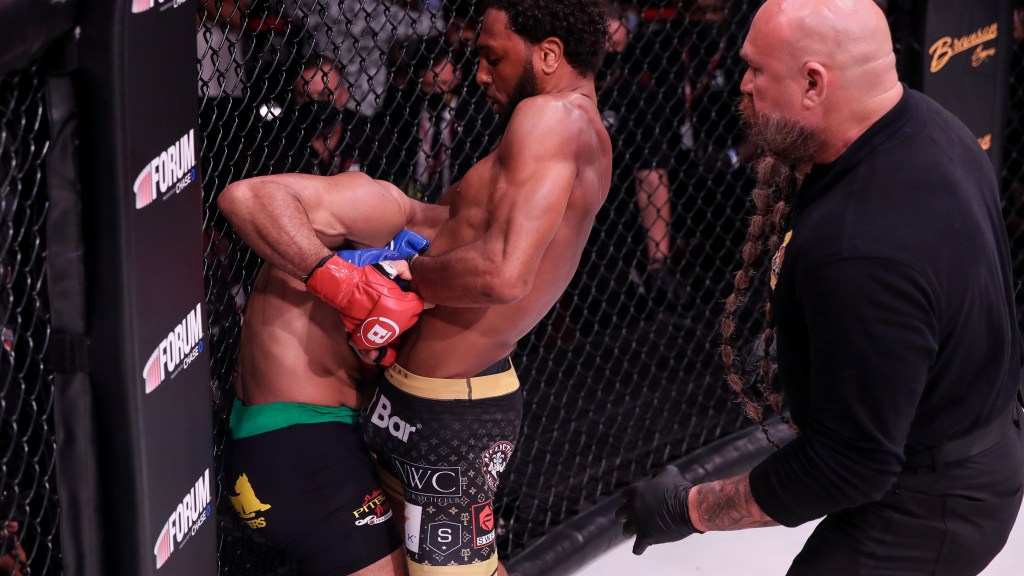 With another action-packed month of MMA in the books, MMA Junkie looks at the best submissions from July 2021: Here are the five nominees, listed in chronological order, and winner of MMA Junkie’s “Submission of the Month” award for July.

At the bottom of the post, let us know if we got it right by voting for your choice.

Bruno Assis (11-5), who trains out of American Top Team, had to face adversity against Shane O’Shea (4-2) before taking home the Titan FC middleweight belt.

Assis got clipped and dropped with a jab and straight right early in the first round. From there, O’Shea looked for the finish, but Assis did a good job at tying up and surviving the early storm. Assis was able to get a takedown from a judo throw and from there he was able to lock up a triangle choke and roll to his back. Soon after O’Shea was forced to tap, giving the win to Assis.

Zhalgas Zhumagulov (14-5 MMA, 1-2 UFC) picked up his first win in the UFC flyweight division against Jerome Rivera (10-6 MMA, 0-4 UFC), and it came in dominant fashion.

The bout started at a high pace with both fighters exchanging hard right off the start. Zhumagulov was able to force a clinch against the cage where he was able to lock up a modified guillotine to get the tap.

How’s that for a first win in the UFC 😱

After falling victim to one of the biggest upsets of the year in February with his submission defeat to Anthony Hernandez, Vieira got back on track with a submission win of his own in the third round against Stoltzfus courtesy of a savage rear-naked choke.

The Polish fighter handed Stephens his first submission loss since 2009, forcing the veteran to tap out just 65 seconds into the matchup after locking in a nasty kimura.

McKee’s run from inexperienced debutant to undefeated champion courtesy of a nasty head kick that set up a standing guillotine choke for the finish in less than two minutes. Not only did McKee claim the 145-pound belt with his performance, but he also won the promotion’s 16-man grand prix and received a $1 million prize. 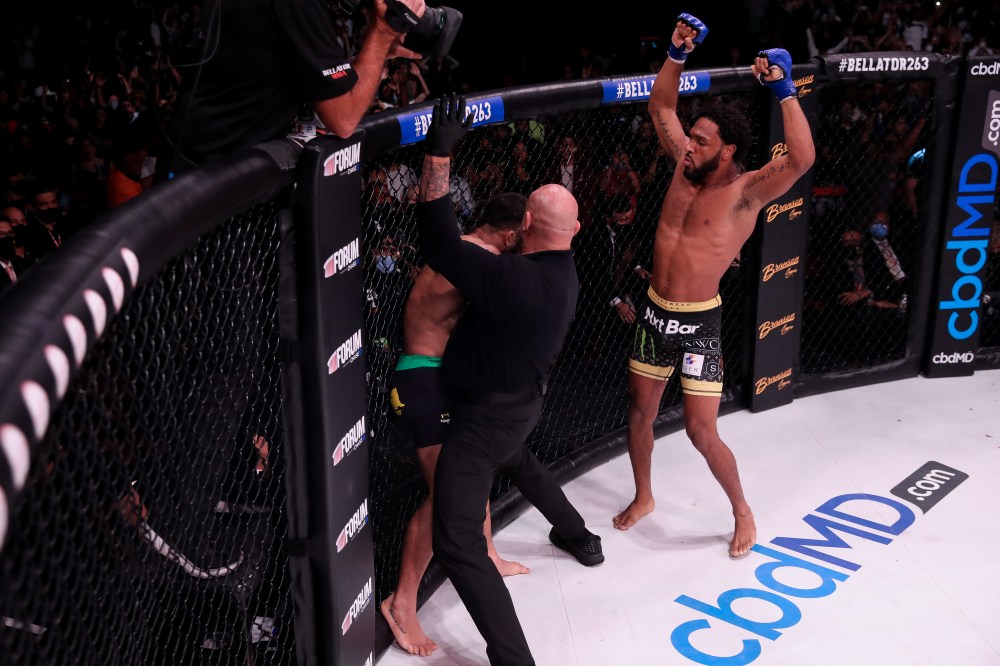 For six years McKee said time and time again he would one day be Bellator champion.

Saturday in front of his hometown crowd, with a $1 million win bonus on the line, McKee accomplished that dream when he submitted Freire via standing guillotine choke at 1:57 of Round 1.

The two fighters entered the arena to opposite receptions. The challenger, McKee walked out first to raining applause and fans singing his walkout song. The champion, Freire, was met with harsh boos.

When the fight began, both fighters came out slow and methodical. The early staring contest was broken when McKee landed a high kick that stunned “Pitbull” and sent him against the cage. A violent punching combination dropped Freire and McKee celebrated.

The celebration was a bit premature for referee Mike Beltran who did not step in. “Pitbull” tried to spring to his feet but McKee grabbed hold of the Brazilian’s neck and cranked a standing guillotine choke. From there, the submission was locked and the technical submission came.

Car hits McGregor’s bike, ‘could’ve been dead’
Alex Pereira issues challenge to fellow UFC champ Jamahal Hill: ‘What about knocking me out?’
Matt Brown: ‘I’m a savage motherf******’, but ‘I would have stopped’ Lauren Murphy vs. Jessica Andrade
UFC 283 reactions: Winning and losing fighters on social media
What’s next for the UFC flyweights and new champion Brandon Moreno?