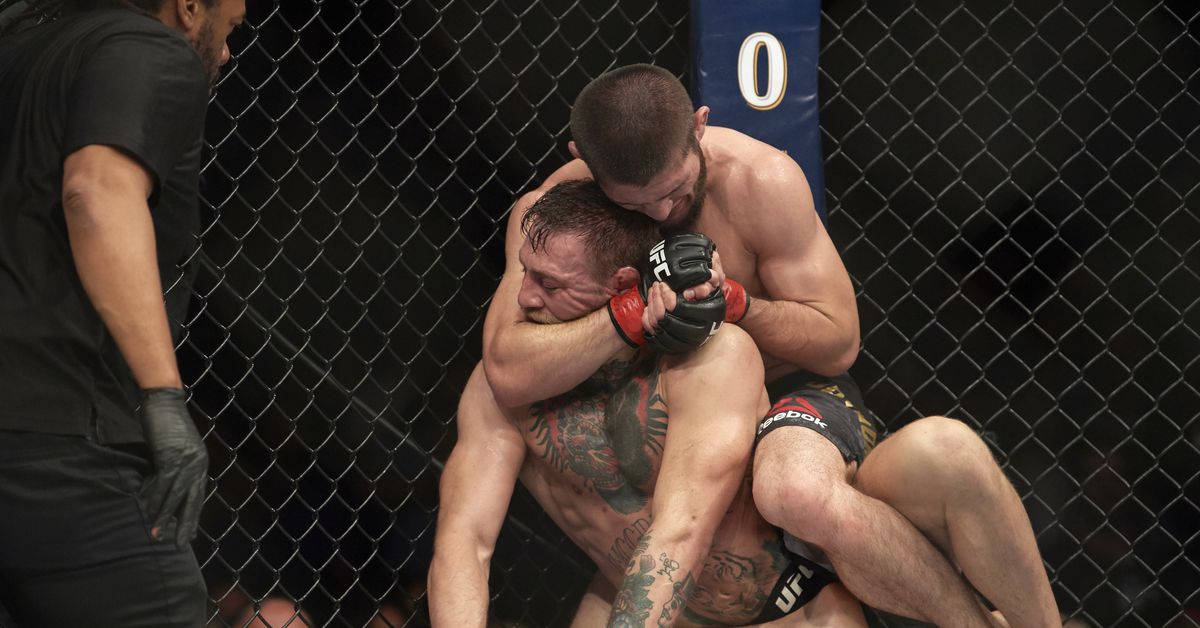 Nurmagomedov reacted with short answers previously, but he really elaborated on his feelings on the “Hotboxin’ with Mike Tyson” podcast. The retired champion explained that McGregor’s actions make him “dirty,” and he speculates that McGregor’s repeated tweet-and-delete attacks are a result of drunkenness.

“When he talked about this, only evil can talk about your father, wife, kids, religion,” Nurmagomedov said (via MMAJunkie). “If you’re normal human, you’re never going to talk about this stuff. For me, I think he post this tweet (while) drunk too much or (he was doing) something. Then the next day, he always delete these tweets. When he become normal life (he looks at his phone) and says, ‘Oh, look what I did.’ Then he delete. This is my opinion what he do all the time.

“When someone is not with us – he is not even alive – this shows what you have inside. This shows how dirty you are. When you one of the best in the world and you come and you punch someone who is like 70 years old, like an old man (in a pub), this shows your heart. This shows who you are inside, how dirty you are. When you have parents and you have kids, how can you show yourself like this? I don’t understand why his close people don’t go, ‘Hey, what’s going on?’”

Khabib also believes that McGregor’s recent erratic behavior is a result of the people around him. For Nurmagomedov, he blames the classic fame problem of “yes men,” those who are not willing to tell the truth in favor of staying on the star’s good side.

“When you become rich, when you become famous, some people they lose real people around them,” Nurmagomedov said. “They lose them. Real people who love you, they’re going to tell you the truth. But fake people? They always say, ‘You’re good.’ They never say to you nothing because they don’t want to upset you because they know they’ll lose this comfortable spot. Real people, they don’t care about this. They were with you before you became famous and rich. They don’t care about your money. They just love you. I think he lose a lot of people around him. I don’t think he have people who were with him before when he become champion. Everybody needs someone who reminds you, ‘This is good, this is bad.’”

McGregor has yet to respond, but if he does, we’ll be there to screen capture the Tweets before they’re gone!

Violence vs. control is the name of UFC 265’s high-profile Welterweight battle between Vicente Luque and Michael Chiesa.

Here’s something stupid circling the web:

Petr Yan and Rafael Fiziev get in some controlled, yet high-quality sparring:

Chael Sonnen weaves the unusual tale behind how he get into sports broadcasting, a story which sounds too strange to be fictional.

Why waste time finding the distance when immediately brawling is an option?

Uulu walked his foe down and put combinations on him until the finish materialized.

Kyrgyzstan’s Busurmankul Abdibait Uulu gets it done at home, taking out Ruslan Yamanbaev in R2 to claim the Eagle FC Featherweight title. That’s 6 in a row for Abdibait. #EFC38 pic.twitter.com/j82unQpFUN

Turkey is dealing with some nasty wildfires right now.